Once a luxury, today a necessity, and now that we have them, it’s hard to imagine living without them. We’re talking about phones. On aircraft, they’re sophisticated avionics systems.

While all phones have basically the same function, the levels of clarity, reliability and price do vary.

Air-to-ground analog systems have been around since the late 1960s. Then came the development of digital and satellite-based phone communications, offering higher quality transmission of voice and data and extending coverage to areas not within range of terrestrial stations.

During the last five years, digital service has spread throughout the airline and business jet sectors with the installation of GTE Airfone and AT&T AirOne services, observes Raymond Larkin, director of marketing for Teledyne Controls’ Communications Systems. Digital, air-to-ground connection reduced fading and noise interference, which also allowed for a more reliable means of data transmission through laptop computers and fax machines. Over the next five years, he sees data speeds for terrestrial networks increasing. Over the next seven years, he projects that the availability of high data rate capable satellite services will enable the use of real-time Internet connections.

"The focus [over the last five years] has been about refining digital communications," says Michael Kuehn, director of airlines technical services for GTE (Airfone), now called Verizon following a merger with Bell Atlantic. "Data has become the growth segment and will be the growth area."

The range of currently available in-flight phones is wide. Larkin compares the phones to cars: the top-level systems are along the lines of the Rolls Royce, the mid-level like Cadillacs, and then there are the Chevys. The packages range from approximately $10,000 to $1 million. With so many choices, "people get confused as to what’s available." Not everybody needs (or can afford) a Rolls or Cadillac, in which case the Chevy will do just fine. "There’s a phone for everyone," he says.

Many avionics manufacturers offer phone families with a range of channel settings, coverage and capabilities. Some systems get their communications feed through a fuselage mounted antenna, others use a vertical stabilizer radome.

Teledyne, the exclusive distributor for service-provider GTE, offers the MagnaStar C-2000 model. This satcom system, which Larkin ranks among the Cadillacs, was introduced in 1993 and hit the market in ‘94, although there have been some upgrades and minor design changes since then. Marketing the C-2000, Teledyne targets operators of Gulfstream-IVs and -Vs, Canadair Challengers and Global Expresses, Hawker 800s and 100s, Learjet 60s and 45s, and Falcons. "We cater to the executive business traveler...and the entertainment industry," Larkin emphasizes.

"Business aviation has undergone extensive growth and the demand for the MagnaStar system has outstripped the manufacturing. Simply put, we cannot build the C-2000 fast enough right now," Larkin stresses. This is a reflection of strong sales of upper-end bizjets.

Satcom systems such as Universal’s Aero-M and Honeywell’s Mini-M Aero offer only one channel, but weigh only about 10 and 13 pounds (4.5 and 5.9 kg), respectively, and so they are ideally suited for general aviation aircraft like the Cessna Citation and Learjet.

For airliners, corporate jets and military aircraft, Honeywell also offers the three-channel SCS-3000 and six-channel MCS-6000 satcom product lines. Both include versions that use Inmarsat’s Aero H, Aero H+ and Aero I services. Honeywell expects certification in the second quarter of 2001 for its MCS-4000 and MCS-7000 lines, still under development, which will replace the 3000 and 6000 versions, says Marc McGowan, product line director for long-range communications products, Honeywell Aerospace Electronic Systems. These products will feature two boxes instead of three, making them smaller and lighter, he says.

Rockwell Collins offers similar satcom systems with up to six channels. Collins’ Sat-906 Aero H and H+ systems are aimed at both the air transport and bizjet markets. The Sat-2000 Aero I is for air transport, while the Sat-5000 Aero I and Sat-6000 Aero H and H+ are for business and regional aircraft.

The GTE Airfone GenStar is a sister product to the Magnastar system that provides services to airlines. The two systems use the same ground network, developed by GTE, to provide Airfone service.

Buyers of phone systems for aircraft have to think about the end-user, as well as their bottom line, when considering the type of system to install. Users on the business jet have different needs and budgetary concerns than passengers on a commercial airliner. After the initial connection fee, per-minute prices can range from $2 to $10 or $12. These higher rates may cause the average passenger on an airliner to think again before picking up the receiver. "Our competitors today [on airlines] are sleep and movies," Kuehn says.

One of the biggest challenges involves the pricing of services, which manufacturers do not control, says McGowan. However, he believes that competition in the space segment will drive service prices down. "We know that if prices go down, usage will go up," he says. "The pricing model that exists today will change."

Another force driving change is a trend toward data capability (e-mail and Internet access). Most cabins now offer voice only. But McGowan sees the emphasis moving toward data communications. Most airlines buy satcom because of the value of CNS/ATM in the cockpit; then they can then offer (e-mail and Internet) usage in first class and business class, he says.

Most of the satcom systems are sold in the airline market place, McGowan says. Satcom sales have gone up and down with aircraft production levels. Currently, the market is down in the airline sector, due to a drop in airliner sales, but he says this slump is being offset by gains in the corporate market, which means overall satcom sales are relatively flat. He notes, "1997 was our best year" because of record levels of sales for Boeing and Airbus. Then the lag-effect of the Asian crisis led to lower sales.

Manufacturers serving the airlines find they need to minimize the changing of components, while still improving on the systems available. That can be tricky. GTE works with its customers, as well as with other technology partners, to minimize costly changes such as those needed for e-mail capability, Internet and intranet. GTE phones do not yet work off of a server-based system, but Kuehn said his company is scheduled to soon begin trials with an unnamed carrier.

What the future holds for in-flight phones can be read by what the users are demanding now from all phones and phone-services: improved reception of voice and data, faster data connection, and more capabilities without the hassles.

"This is an incredibly complex business," McGowan concludes. "There’s been a hell of a lot of change." 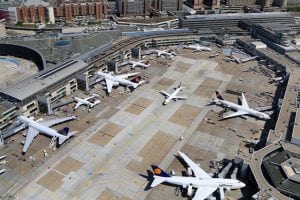 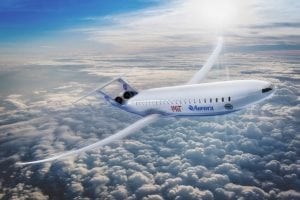 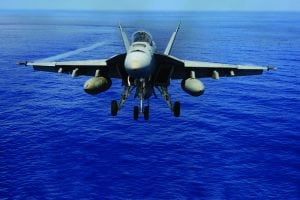