The reconfigurable simulators, designed for the initial phase of professional pilot training, locate knobs and controls in the same positions as in the actual cockpit on computer screens. Phone 312-222-1235 or visit www.alsim.com for details.

Britannia Airways has chosen Thomson-CSF Sextant’s integrated electronic standby instrument (IESI) for retrofit on its fleet of 50 Boeing B737s-800s, B737s-700s and B767s-300s. Retrofit operations will start in 2001 on the B767-300. The company also announced that its IESI has been TSO certified for the Embraer 135/140/145 regional aircraft–the first certification of the instrument on a regional carrier.

Spirent says it developed the NG-ANSU with the next generation of passenger services in mind: e-mail accessibility and Internet browsing. The system was designed to be expandable to fulfill various roles on fleet types of any age: as an ARINC 763 compatible NSU, a server interface unit (SIU) or, for non-SIU equipped aircraft, a cost-saving configuration that has the SIU functionality integrated within the NSU. The NSU is to offer more efficient management of airline operational information by eliminating paper shuffling and verbal communication, which can be prone to error, according to Phil Benedict, executive vice president, Spirent Systems North America. For more on this or other Spirent activities, see www.spirent-systems.com on the Web.

Microvision Inc. and Command Technology Inc. (CTI) have formed a cooperative business venture to market a mobile computing, visualization and interactive information delivery and e-commerce system for maintenance and repair.

Avionics for the Eclipse 500

The Eclipse 500 twin turbofan, listed at $837,500, will feature five seats as standard, with an optional six-seat configuration. Eclipse also is offering an extended range option, featuring two removable tip tanks that increase the maximum range of the Eclipse 500 from 1,600 nautical miles (nm) to 1,825 nm.

As part of a continuing fleet upgrade program, freight-shipping company Air Transport International has selected Litton Aero Product’s LTR-97 system for retrofit on their fleet of DC-8-60 and -70 aircraft. The dual LTR-97 systems will replace the original VG/DGs on these aircraft.

The LTR-97 is a vertical and directional gyro (VG/DG) replacement system employing fiber-optic gyros (FOG) for increased accuracy and reliability. The system utilizes existing wiring, power, and mounting for ease of installation.

EMS Technologies and Amphitech International announced at the Farnborough Air Show that they signed an agreement for the design, manufacture and testing of a Ka-band radar antenna and gyro-stabilized platform for a new helicopter Obstacle Awareness System (OASys) radar.

Initially intended specifically for helicopters, the 35 GHz radar can detect power lines up to 1 nm away in rain, snow, fog, mist, haze or smoke. It also has a weather detection mode with a range of up to 40 nm. Other modes include ground proximity warning and a takeoff and landing guidance system. Currently the type of display presentation is under review. See www.ems-t.com and www.amphitech.com.

Thomson-CSF Sextant entered into an agreement with Agusta SpA to develop basic avionics systems for South Africa’s A109 LUH (light utility helicopter) and a new automatic flight control system (AFCS) for the A109 helicopters.

Once in production, systems will be delivered at a rate of 25 to 30 per year. Deliveries will start in about two and a half years. See www.sextant.thomson-csf.com on the Web.

Under the agreement, Barco will become a major test site, using the QCG software for its family of avionics multifunction displays, which visualize the pilot’s primary flight information. Display software must be certified in accordance with RTCA’s DO-178B standard before it can be used in civilian aircraft, and more often, military programs also are mandating the standard.

The QCG software will facilitate DO-178B certification of Barco’s avionics displays built with Virtual Prototypes’ suite of graphical development tools, VAPS. Barco and Virtual Prototypes will together deliver a certifiable automatic code generator to achieve Level A of the DO-178B standard.

In other news, BAE Systems’ Sowerby Advanced Technology Center has chosen Virtual Prototypes’ VAPS and FLSIM software products. These will be used to develop a human computer interaction modeling environment, which will focus on the development and assessment of cognitive models for human decision making, automation and training. For more information, visit www.VirtualPrototypes.CA, www.barco.com or www.baesystems.com.

Bombardier Aerospace announced its selection of Rockwell Collins’ Pro Line 4 avionics suite for its new Canadair Regional Jet Series 900. The first equipment delivery for the CRJ-900 is scheduled to begin in January 2001, with aircraft certification expected in the third quarter of 2002.

The all-digital integrated Collins avionics system will provide fleet commonality and a common type rating. The system has been enhanced for operation within the evolving communication, navigation, surveillance/air traffic management (CNS/ATM) environment and includes a six-display configuration.

The Pro Line 4 also is standard on the CRJ-200 and CRJ-700 regional jets. Visit www.collins.rockwell.com for additional information.

Golden Air Flyg AB, of Sweden, has awarded a $750,000 contract to Ultra Electronics, based in the UK, for UltraQuiet Active Noise Control (ANC) systems to be retrofitted in the airline’s Saab 340 aircraft. Golden Air is the launch customer for the system, which is being jointly developed by Ultra Electronics and Saab Aircraft. It will be supplied under the authority of a Saab service bulletin that is expected to be available by April 2001. All deliveries will be completed within the same year. See www.ultra-electronics.com.

Changes to Singapore Airline’s flight departure and arrival times can now be monitored via e-mail, mobile phones or message pagers–all part of SIA Mobile Services. Requests to use the service can be made on the airline’s Website (www.singaporeair.com) or by using a WAP (Wireless Application Protocol) mobile phone.

Australia’s Civil Aviation Safety Authority (CASA) says the major airlines will come under closer scrutiny and foreign carriers operating to Australia will be subject to increased safety surveillance. Twelve new staff will be hired and will include air safety auditors specializing in flying operations, airworthiness and cabin safety, as well as engineers.

Four of the staff will focus on foreign airlines operating into Australia. They will carry out spot checks at Australian airports, as well as regularly audit the foreign airlines’ overall operations for safety. CASA previously carried out this work but had to divert resources from the oversight of Australian airlines, a practice the new team will eliminate.

This project was won through International Aeradio Ltd., after recent installations of AFTN related equipment in Oman, Sharjah and Dubai. See www.copperchase.co.uk.

Ilmailulaitos (Finland’s CAA) has signed a contract with Navia Aviation to supply 19 NORMARC 7000 instrument landing systems (ILSs) for delivery from 2000 to 2006. The first ILS was installed in September.

The contract is valued at more than $6 million. Thirty-one NORMARC ILS systems are already in operation in Finland. See www.navia.com.

The UK Department of Environment, Transport and the Regions (DETR) has received several bids for the 46% partial privatization of the National Air Traffic Services (NATS). Among the bidders are a consortium of eight British airlines, comprising British Airways, Virgin Atlantic, easyJet, Airtours, Britannia, British Midland, Monarch and JMC.

A final decision on the bidding is expected in March 2001. Reportedly, telecommunications giant BT also plans to take part in the bidding, along with the Irish Aviation Authority.

Meanwhile, NATS is addressing further acquisition problems. A spokeswoman for NATS told Avionics Magazine that work on a contract to upgrade the flight data processing system at the air traffic control (ATC) center at Prestwick, Scotland, has been suspended. But talks continue with Texas-based Electronic Data Systems (EDS), which was awarded the $90-million contract for the upgrade in 1997. The project was scheduled to begin operations this year, but following two reschedulings, that date has moved to 2002.

The contract period is five years. It provides ARNAV with two VHF frequencies to broadcast METAR text and graphical surface condition reports. The VHF coverage is still in the build-up phase and currently exists in parts of the East Coast, central U.S. and Alaska. The WxLink is the weather broadcast version of the ARNAV Aeronautical Network (AAN), which includes 110 ground sites.

Eurocontrol’s Provisional Council met in Brussels on July 13, under the presidency of Ole Asmussen, the Danish Director General of Civil Aviation. Among the issues discussed was progress of reduced vertical separation minima (RVSM) in Europe.

It was noted that the RVSM program is on track for full implementation on Jan. 24, 2002. One concern was voiced, however: that the lack of a sufficient number of aircraft modified and approved for RVSM by March 2001 would invalidate the RVSM safety case and, in turn, impact a GO-decision package to be presented to the Provisional Council in July 2001. To date, two-thirds of the participating states are on schedule. For more information, see www.eurocontrol.be.

Figures released by the UK Civil Aviation Authority (CAA) indicate that the punctuality of scheduled airlines at UK airports improved during the first quarter of 2000, compared with the same period in 1999.

During January to March of this year, 76% of scheduled flights were on time, compared with 72% for the previous year. At the same time, the proportion of charter flights on time rose to 59% this year, the highest proportion in the first quarter since 1993. In 1999, the figure was 50%. "On time" is defined as early to 15 minutes late.

The new system will include the ASR-9 primary radar comounted with a monopulse secondary surveillance radar (MSSR) at a Casablanca site, and three additional MSSRs at sites in Ifrane, Safi and Agadir. Other equipment to be supplied include en route automation, display and communications equipment. The contract also makes provision for civil works, training and spares support. See www.northgrum.com.

The European Regions Airline Association (ERA) has published figures indicating a passenger growth of 9% for the first quarter of 2000, which is down 2% on the same period last year. Encouragingly, 51% of the carriers who responded to the census, experienced a growth in excess of 10%.

On-time departures improved by 2%, though with only 59% of the flights leaving on time. Flights departing within 15 minutes improved by 3% to reach 80%, with ATC accountable for 31% of the delays.

WAP for the Military

The Swedish military material procurement agency, Försvarets Materielverk (FMV), has commissioned Ericsson Microwave Systems to study future applications of Wireless Application Protocol (WAP) technology for use in military systems. The intention is to provide Sweden’s military with advanced wireless services based on non-military network technology, such as that developed for the Internet. Initial areas of interest are in radar and information management.

As these systems are developed, they will permit military command centers to control radar devices and access radar information remotely from anywhere in the world. Currently, naval, air force, and army units use separate communications systems.

HIDAS, can be used in an automatic, semi-automatic or manual mode. It increases the crew’s situational awareness and reduces the time to react to threats. Prime contractor GKN Westland Helicopters Ltd. contracted BAE Systems in November 1997 to deliver HIDAS for the British Army’s WAH-64. See www.baesystems.com.

A UK military’s WAH-64 Apache helicopter has become the initial platform for the Thomson-CSF Comsys TRA 6021 Saturn radio. The radio is compliant with the 8.33-KHz channel spacing and includes electronic countermeasures and fast frequency hopping technology.

A contract signed in 1999 by GKN Westland Helicopters calls for the supply of 150 radios for the British Army’s 67 WAH-64s. The TRA 6021 is the airborne version of Thomson-CSF’s Saturn product line, which was developed in co-operation with Raytheon Systems. See www.thomson-csf.com.

Microvision says it has received an additional $600,000 from the U.S. Army, to continue work on its helmet-mounted display (HMD) systems and vehicle interface technology for use in military rotorcraft. This addition raises the value of the Army contract from $7.8 million to $8.4 million and will allow Microvision to integrate, test, and evaluate two full-color HMD units for the Virtual Cockpit Organization Program (VCOP).

The new funding was added to support the delivery of an additional helmet-mounted display for the program. Microvision will deliver one HMD unit to Boeing, and the other to the Army in the first half of 2001. For additional information, see www.mvis.com. 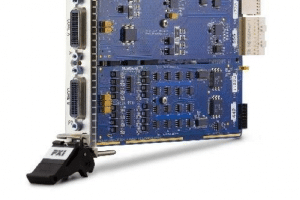 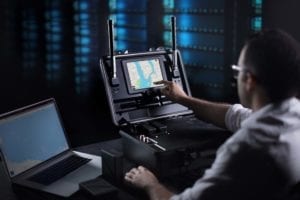