What are the plans for the Global Positioning System (GPS) constellation of satellites now that we have entered the 21st century? In an exclusive interview, Charlotte Adams, the editor of Global Positioning Navigation News (GPNN) and contributing editor for Avionics Magazine, talked to U.S. Air Force Col. Douglas Loverro, program director of the GPS Joint Program Office (JPO), and Col. Neil McCasland, JPO chief engineer. She gained insight into such topics as the second and third civil signal, cooperating with Europe’s Galileo program, and the World Radio Conference. She began her interview by first inquiring about the past year.

Avionics Magazine: How did GPS fare in 1999?

Loverro: A banner year. One of the great things in ‘99 was GPS proved itself in war. What the [U.S.] Air Force did in Kosovo would not have been possible without GPS. From an Air Force perspective, that’s been one of the great stories. The folks who fly laser-guided bombs are now integrating with GPS. A Kosovo lesson was that, to be an all-weather force, you really need to integrate GPS.

The Air Force and DoD [U.S. Department of Defense] have been struggling for several years to try to figure out how to appropriately modernize GPS. We established a pretty good vision for it. We’ve now taken what’s become a national utility and defined it for the next 30 years.

Avionics Magazine: What are your priorities in the year ahead?

Recently, we ended the Lockheed contract for the convenience of the government and made them a sub to Boeing under the "single prime initiative." We had two contractors in charge of OCS [operational control segment]. If you combine them under one contract, you have a much higher chance of [success].

Avionics Magazine: Given the funding cuts, is any work ongoing with the second and third civil signal, L2 and L5?

McCasland: We’ve already incorporated C/A [course/acquisition code] on L2 on IIF satellites. The issue for the IIFs is L5. Right now, the [Clinton] administration is negotiating within itself how to handle that. We’re waiting for direction from the administration on how to pay for it.

An RTCA committee concluded a detailed definition of L5 technical requirements. It gives us an extremely accurate planning tool [that] didn’t cost a lot of money. They’ve got it down to a detailed signal...that gives us a crystal clear set of requirements.

Avionics Magazine: How successful was the recent International Telecommunications Union (ITU) conference, which was preparatory to the World Radio Conference (WRC)?

McCasland: The conference preparatory session was the last formal opportunity to go over the technical issues associated with the [WRC] conference agenda. The U.S. introduced what it wanted to ask for: registration of the L5 signal into the RNSS [radio navigation satellite services] band. The reception varied. We had strong alliances from Australia and a smorgasbord of other nations, but [the idea] was principally opposed by France and Germany on account of the DMEs.

[According to an FAA official, the Europeans claim that their DMEs will significantly interfere with the L5 signal. They also claim that their own Galileo system will avoid this problem—Ed.]

The U.S. doesn’t believe it will get the support it needs at this WRC for an RNSS registration. That doesn’t mean we are prohibited from introducing this service. It means that we don’t have any consensus around the world to protect that band for satellite navigation. We could introduce it on a non-interference basis or on a domestic use basis. That is [good enough] for inside the U.S., but not on a global basis.

There’s an interesting linkage that cropped up between the Galileo plan and the L5 plan. So support from European nations is contingent upon how Galileo shakes out.

Avionics Magazine: Is there any liaison between JPO and the Galileo program?

McCasland: We’re in support of overall U.S. talks [with the European Union], but we don’t have an independent connection [with Galileo] in any way.

Loverro: It’s OSD [Office of the Secretary of Defense] who leads in international negotiations for DoD. We have allied officers in JPO that provide a somewhat informal tie for us to what’s happening in Europe. We have an RAF [Royal Air Force] squadron leader from Britain, an Australian Air Force squadron leader, and a civilian from the French MoD [ministry of defense].

Avionics Magazine: But the technical report that says spectrum sharing with mobile satellite services isn’t feasible was a good result out of the Geneva conference, correct?

McCasland: What we were hoping for was that there would be a strong technical consensus that this sharing is not possible, and that that would be forwarded to withdraw the resolution [regarding spectrum]. But that did not go forward, so it still stays open as a work agenda [item]. It is left where it could go in a lot of directions at the actual WRC. There was no new technical evidence to support sharing.

Loverro: We’re getting ready to end the initial demonstration phase of the MAGR 2000 [Miniature Airborne GPS Receiver]. Raytheon will soon deliver the first test units. As soon as we go through test on that, sometime in the middle of next year, we will enter into production.

In the next six months, we’ll begin acquisition of DAGR [Defense Advanced GPS Receiver], the replacement for the Army’s PLGR [Precision Lightweight GPS Receiver]. We let a draft RFP [request for proposals] out about three weeks ago, with the final RFP sometime in the spring or summer. The contract will probably be in late summer. It will probably be a very large production run, with 7,000 to 10,000 units a year.

The CSEL [survival radio program] is in EMD [engineering and manufacturing development] now, with operational assessment next summer or fall. If [operational assessment] is successful, then we go into the next spiral in development, incorporating DAMA [demand assigned multiple access] compatibility and DIICOE [Defense Information Infrastructure Common Operating Environment]. We will go into production in early 2002.

McCasland: The NavWar Advanced Concept Technology Demonstration [ACTD] completed its tour on Sept. 20 . We’ve now defined a follow-on set of ACTDs that we’re going to bring forward. These are rated very highly in the Air Force rack-and-stack of proposals. The focus is on anti-jam capabilities for user equipment...receiver and antenna improvements. This could be a four- to five-year effort.

Loverro: OSD made a decision to meet the requirements the JROC [Joint Requirements Oversight Council] had validated...starting on the seventh IIF satellite and beyond. [Six satellites currently are on contract with Boeing—Ed.] Now DoD is discussing whether or not they want to do more than that.

On most of these budget issues, these things go right up to the end of the calendar year, as we get ready to submit the overall budget to the President and to Congress. I know I will find out no later than February. I can live with that. 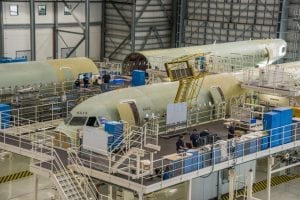 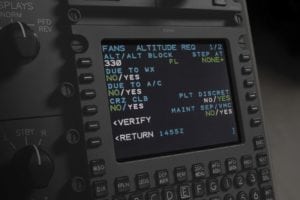 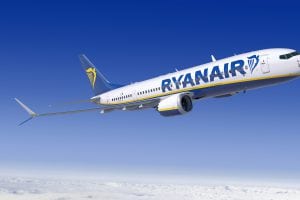