The potential cuts in defense spending will have a dramatic impact on the aerospace industry and on the U.S. economy in general, without Congressional action on sequestration, according to a panel in Washington, D.C., on Wednesday.

An Aerospace Industries Association (AIA) panel discussion presented the uncertainty facing defense and aerospace manufacturers throughout the United States, as they await action on sequestration, which could lead to $500 billion in cuts to federal defense spending. Congress is expected to take up the action this fall, and the cuts would take effect in January.

The defense and aerospace industry accounts for 3.53 million U.S. jobs, $38 billion in tax revenue and $89.6 billion in exports, and the federal government alone employs an estimated 845,198 aerospace and defense workers at armed forces maintenance and repair depots, according to AIA. And, a $500 billion cut to federal contracts for all of the above could have a drastic financial impact on aerospace and defense, and the U.S. economy.

“The commercial aerospace business is one of the sectors in which the United States enjoys a positive balance of trade with the rest of the world,” said Bruce Olsson, assistant director of legislative and political action, International Association of Machinists and Aerospace Workers. “We should be fighting tooth and nail to preserve that balance of trade.”

In recent weeks, the pending sequestration decision has received increased attention from executives at defense contractors, particularly second-tier contractors, who say they may have to warn hundreds of thousands of employees about possible layoffs, because of a federal law that requires a notice of 60 to 90 days for large scale job cuts. Olsson said some second-tier defense and aerospace manufacturing companies have already begun issuing those notices.

“There’s a misperception on Capitol Hill and everywhere else, that sequestration, it might hurt Lockheed and Boeing, but they’re defined companies and they’re fine, they have revenues of $40 billion or something like that a year,” said MacKenzie Eaglen, resident fellow for National Security at the American Enterprise Institute. “For every dollar that Congress appropriates to a program that say goes to a prime contractor like Lockheed or Boeing, 75 cents goes out the door to ATK. So this is not about Boeing and Northrop and Lockheed, they probably would be OK relatively speaking.”

Steve Cortese, senior vice president of Washington operations at ATK, who was also a part of AIA’s panel discussion, spoke about the uncertainty that his firms and others like it in the aerospace industry are facing right now.

“For us I would characterize the implications of sequestration into two broad categories, disruption and cost,” said Cortese, adding uncertainty regarding the possible sequestration is the biggest challenge facing companies like ATK right now.

“The cost piece of this is a product of that uncertainty. If we have to disrupt those production lines, if we have to delay deliveries, if our customer in the Department of Defense or industry, is unable to confirm the planned orders and execute the fixed price contracts, that is going to immediately and without the ability for recovery, lead to greater costs both immediately and downstream,” said Cortese. 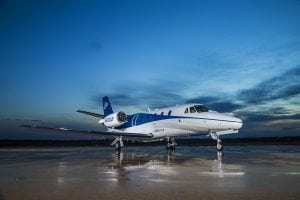