Engineers and pilots view cockpit avionics from very different perspectives. Whereas an engineer may view his product as an enhancement to the operational environment, the pilot may see that product as yet another function to be performed during an already hectic phase of flight. Tasks that seem easy for pilots in low workload environments become very difficult during the approach phase of flight, at low altitude in terminal airspace, while looking for traffic, deviating around weather, changing frequencies, and configuring the aircraft for approach and landing.

To better understand what pilots are doing in various phases of flight, and how new products and enhancements affect flight operations, avionics manufacturers are establishing flight education programs for selected engineers and other personnel who interface directly with the customer.

Hal Thomas, staff engineer at Honeywell Air Transport Systems Division, recalls a scenario from the early 1980s, when he was an engineer in the Performance Management System (PMS) group. He was testing an implementation of an algorithm controlling altitude capture from descent. The specification called for a maximum 1.25-G limit when pitching the aircraft to capture an altitude.

Thomas explains, "I was in the valfac [validation facility] descending through 20,000 feet with the altitude alert set at 10,000. I raised the altitude alert value to 19,000 feet [simulating a clearance change]. The valfac started a pitch-up maneuver and then pitched back over and continued descending, ignoring the alert value and the level off." The reason for the missed altitude capture by the PMS was very subtle—but also lethal.

"Starting at 20,000 feet, it was not possible to level off at 19,000 feet without pulling more than 1.25 Gs, so the engineers had allowed the software to ignore the level off if the G-load tolerance could not be met," Thomas says. "We didn’t spill the pilots’ coffee—but we were going to kill them!"

Thomas quickly fixed the problem but realized this was more than a software error. The engineers who implemented the control algorithm in that scenario had neither pilot ground school nor piloting experience. And while they implemented an algorithm that satisfied the specification, they did not account for the rapidly changing conditions that are ordinary occurrences in the operational environment.

This can happen often in today’s avionics system design due to the flow of the design process. Systems engineers that write the specification requirement may have a solid grasp of the operational environment, but the software engineer coding the function may not truly understand the impact of the system in relation to the overall avionics suite.

"Most of our engineers are coming from technical, not operational, backgrounds," says Brad Fah, display systems engineering manager at Honeywell. "The educational courses at Honeywell provide insight as to how products are used in the flight deck environment."

Fah, also an alumni of the PMS group, spent many hours observing flight operations the old fashioned way—sitting on the jumpseat during real—time operations at airlines like Eastern, Piedmont and Air Canada.

"That type of experience was invaluable, but not available to all," Fah emphasizes. During that time, he could observe airline operations during various weather conditions and saw first-hand the dynamics of the flight operations environment. Not only do weather and air traffic control (ATC) affect the operations environment, aircraft problems, such as system failures, can momentarily distract the pilot from other time critical tasks.

Many air disasters are attributed to loss of situational awareness. By considering the ever-changing conditions, engineers can incorporate a philosophy in the design phase that realizes that pilots today must deal with an integrated cockpit and respond to the needs of other systems that may take priority at different times. Similarly, when testing integrated systems, the test engineers must run real-life scenarios to determine if pilot workload can readily accomplish the tasks required by the new equipment.

Satisfying customer needs for an integrated solution requires an operational understanding of the various cockpit components. More importantly, Fah points out, "The courses are directly in line with Honeywell’s philosophy of being a world class systems integrator. Customers come to us seeking a fully integrated solution—they aren’t just shopping for various parts like at a parts shop."

Honeywell has three education programs in place at its Phoenix, Ariz., facility. The first two programs consist of a private pilot ground school, and an instrument pilot ground school. Thomas, who pursued and obtained his flight instructor rating on his own, teaches the ground schools with Bill Sander, also a flight instructor and a project engineer at Honeywell. The course came about through the efforts of two other engineers at Honeywell. They saw the need to educate all engineers about flight operations and how the integration of the systems on-board complex aircraft affect pilot workload and aircraft performance.

Thomas and Sander both utilize the videotape series offered by John and Martha King. It is a well-known curriculum that prepares pilots for the written exam required by the U.S. Federal Aviation Administration (FAA) for pilot candidates. The course objectives are for the students to:

During the school, various Honeywell avionics products are discussed in the flight operations context to help engineers correlate their products with operational use.

The private pilot ground school includes a preflight exam of a Cessna 172, showing the exterior control surfaces and familiarizing the students with the cockpit. Instruction includes a control tower tour at the airport across the street. The instrument pilot students visit the Phoenix Terminal Radar Control (TRACON) center as well.

Basic ground school is held about eight times a year, while the instrument course is held four times a year. Class size is typically 12 to 16 students. The response has been so positive, according to Thomas, that there is a waiting list of engineers who wish to attend, and engineers must have a job function related to the course topics.

While the emphasis is strictly on the ground school, a few engineers do go on to pursue flight lessons and eventually become licensed pilots. They do this at their own financial cost, unless they are among the select few who can partake in Honeywell’s third program, which funds the cost of a private pilot license and instrument rating.

At Rockwell Collins, a program called To-Fly educates engineers about flight concepts, terminology, and a pilot’s perspective in designing avionics products and systems, while improving customer interface. The program has existed since 1987. It consists of 16 hours of classroom and 16 hours of cockpit flying time, according to Martin Cutter, manager of Collins’ engineering resource management department. Flying time involves eight hours as an observer and eight hours in the left seat.

Candidates selected for the Collins course consist of engineers, technicians and product managers who have completed an approved private pilot ground school, at their expense, and are recommended by their management. The course costs $850 and is refundable by Collins upon management approval. Collins says response has been positive and course demand remains high.

Manufacturers like Cessna and Boeing also have large flight clubs, with many of the engineers participating. All of these programs serve to feed employee enthusiasm for flying, but more importantly, they serve to make the personnel involved in product design more aware of the flight operations environment.

But for some companies, financial constraints won’t allow such funding. For these "disadvantaged" engineers, Fah has this advice: "Gain this operational knowledge however you can. Go to a local airport and take the classes. It will improve your market value to employers."

An alternative suggested by Thomas is for engineers to attend pilot ground school at local community colleges. The pace will be more gradual, and the course will be very thorough, all at a very affordable price.

There are additional class topics that can be taught at avionics companies. Terry Flaishans, technical manager of advanced cockpit development at Honeywell Commercial Aviation Systems, recalled an avionics navigation systems class taught in 1996 by a major airline pilot, who also happened to be a systems engineer. The curriculum focused on each system in the cockpit, and how pilots used the system during different phases of flight. The curriculum was supplemented with video tape footage of windshear research, microburst events, and other flight operations footage. The class was taught in layman’s terms, and the response was positive.

"In the business and regional environment applications that I work in, the classes have resulted in a better definition in function allocation," Flaishans says. "It would have been nice to have ‘hands-on’ training [in this class], but we encourage the use of our smaller simulator, lab environment to understand systems."

In addition to classes, another way companies address the operational awareness issue is to employ experienced pilots in their marketing and flight test departments. By bringing pilots into the design process early on, their operational experience can be used to help identify scenarios where a particular design feature may need to be re-examined.

Although current training programs have proven to greatly enhance customer communications, Thomas says he’d like to see more emphasis on flight planning and operations. His classes are time constrained, and as a flight instructor, he would have liked to cover a few more topics in greater detail. This would be helpful in developing "big picture" thinking, which would enhance operational thinking in the design process. Many companies today support this philosophy and continue to educate their engineers as best as they can, considering financial and time constraints.

The FAA predicts a 50% increase in air traffic over the next 10 years. Considering this, pilot workload must become a focus of the design process to preserve today’s air safety margin. It is apparent that today’s engineer—whether a systems integration engineer doing top level system requirements, or a systems software engineer coding the function implementation—must have some education about the flight operations environment. The end product will be more integration efforts with the pilot and flight operations and ultimately, a safer cockpit. 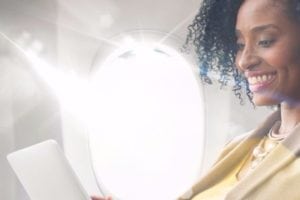