By now, most everyone in aviation is aware that Global Positioning System (GPS) navigation is not foolproof. Equipment designers know this and have found ways to correct for atmospheric distortion, orbital and clock drift, and errors built into satellite signals by the system’s military keepers.

But what if the signal becomes corrupted in the satellite, at the source?

Although the probability of such corruption is extremely low, such an event happened about six years ago. Rudy Kalafus, Trimble Navigation’s director of core technology, recalls the event.

In August of 1993, a Trimble pilot was testing the company’s differential GPS (DGPS) landing system at the Experimental Aircraft Association’s air show in Oshkosh, Wis. The pilot flew the same, instrument-assisted approach during morning and afternoon flights, but the guidance system’s GPS data was putting him lower to the ground on the second approach - a fact that he noticed upon looking out of the window.

The pilot reported the anomaly to Trimble engineers, Kalafus recalls. They researched the problem and reported to the RTCA that Space Vehicle 19 (SV-19) was malfunctioning. The military’s GPS program office was contacted, butthey hadn’t noticed the problem because it had occurred on the civil signal only, not on the military signal.

Nevertheless, the incident was an "example of something that could cause a large error in landing an aircraft," says Kalafus. "Even today, we’re not totally certain what happened," he says. When the satellite’s military handlers switched to a backup amplifier on SV-19, the problem went away.

The U.S. Federal Aviation Administration (FAA) asked Associate Professor Per Enge, of Stanford University’s Department of Aeronautics and Astronautics, to study the problem.

The signal had an "unusual spectrum," Enge recalls. The satellite was transmitting more power at a given frequency than was expected.

The anomaly manifested itself in positional errors of 10 to 26.3 feet (3 to 8 meters) for traditionally high-accuracy differential GPS systems, Enge adds. Normally, such systems produce accuracies of "better than 1 meter [3.3 feet]."

The FAA asked Enge to study the problem and look at the entire class of signal anomalies that could have similar effects. The agency wanted assurance that next-generation navigation systems will be protected, not only against SV-19-like anomalies, but against any other possible evil wave forms. Among the problem signals identified by Enge were multiple-peak and flat-peak wave forms.

The so-called "evil wave form" study started under the sponsorship of the Local Area Augmentation System (LAAS) program, a government-industry partnership that plans to use GPS technology and differential correction data for precision approaches and landings. When successfully completed, LAAS will allow Category I, -II and -III level instrument landings, with accuracies to 1 meter or less.

Enge credits FAA and RTCA for their decision to tackle the evil wave form problem. "We can’t tolerate the assumption that a satellite will always transmit exactly what we think it should," he comments. "That’s too optimistic."

FAA wanted to know the "worst effects we have to protect against" that could cause distortions in the receivers and problems with precision approaches, explains Ray Swider, LAAS project manager with FAA in Washington, D.C. These wave forms "are postulated based on mathematical analysis," excluding distortions that "defy the laws of physics [so that] you would never see them."

Although evil wave form issues have affected LAAS more than WAAS, the corresponding Wide-Area Augmentation System, "we now have a resolution for the near-term for both WAAS and LAAS," Swider says.

The evil wave form work is important to FAA because the agency "had to show the airborne manufacturers what we’re going to demand of them for the MOPS and how we’re going to meet the requirements by ground monitoring," Swider says.

MOPS, or minimum operational performance standard, is an RTCA document containing requirements for airborne receivers. FAA will review the MOPS for LAAS for use in an official government Technical Standard Order (TSO).

Generally, the constraints placed on receivers as a result of the FAA’s investigation are mild. Some "additional requirements" will emerge, but manufacturers won’t have to fundamentally redesign their receivers, Enge says.

Changing receiver design would have been costly, Trimble’s Kalafus says. "Our concern as a manufacturer is standards put in place that constrain innovation." But "we’re very comfortable" with the results of the Stanford study."

The study is "a very elegant piece of work," agrees Bob Jackson, manager for FAA programs with Raytheon Systems Co. in Washington, D.C. "Now we know not only what the evil wave form is, but why it is, and what the solution is."(Raytheon is an industry team leader on the LAAS program and the prime contractor for ground equipment and computer software for WAAS.)

A key segment of the airborne receiver requirements relates to the front-end filter that allows the GPS equipment aboard aircraft to lock onto the satellite signal. As a result of the Stanford study, it was determined that receivers falling into a certain L-shaped region, defined by a range of receiver filter bandwidth and correlator spacings, will be protected from the effects of possible evil wave forms. Correlator spacing is the distance, in microseconds, between the two correlators in a correlator pair, where two correlators straddle the signal peak.

"As long as the airborne equipment operates in the ‘L,’ you’re safe," says Randy Hartman, LAAS program manager for Honeywell Airport Systems in Minneapolis, Minn., an industry team leader competing with Raytheon in the LAAS program. "The area outside of the ‘L’ is not a very practical region anyway," he says.

As a result of the evil wave form studies, LAAS ground receivers for the initial Category I systems will be more expensive than was originally planned, but less than they could have been, Hartman says. He expects ground receivers now will have to monitor three correlator pairs per satellite. But that is much better than the once-considered possibility that as many as 40 correlator pairs would have to be monitored per satellite.

The current LAAS ground station specification aimed at Category I landings is fine for evil wave form protection, Swider says. "We’ve resolved the type of monitoring we need to do."

The LAAS Category III spec, however, is still to be written. For that, "we will take up the peculiarities of the most evil wave form as it applies to [Cat III’s] more stringent requirements," Swider says. He expects additional analysis before that spec is written. 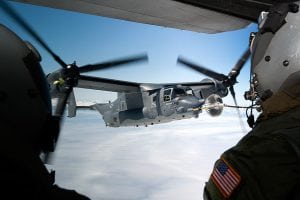 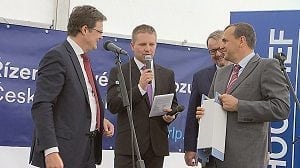 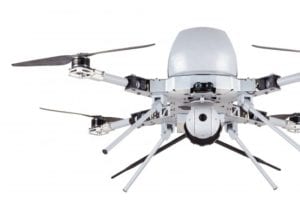 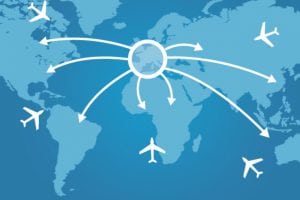