Commercial, From The Wire Gary Kelly, Southwest's chairman and CEO, said: "It remains a somber time for the Southwest family following the Flight 1380 accident, and our thoughts and prayers continue to be with the Riordan family and all of our customers on the flight. I want to extend my immense gratitude for the compassion and support shown by our employees, customers, and airline peers. We continue to cooperate with the NTSB's thorough investigation to understand the cause of the accident. We will never compromise the safety of our customers and employees. It is our highest priority — today and always.

"We continue to expect to begin selling tickets in 2018 for service to Hawaii, and today we announce our intent to begin service to four Hawaiian airports: Honolulu International Airport, Lihue Airport, Kona International Airport at Keahole and Kahului Airport. Additionally, we entered into an agreement with Alaska Airlines to lease 12 slots at New York's LaGuardia Airport and eight slots at Washington Reagan National Airport. These opportunities complement our network and fit within our existing 2018 growth plans, with available seat miles (ASMs) expected to increase in the low 5% range, year over year."

Revenue Results and Outlook
The company's first quarter 2018 total operating revenues increased 1.9% year over year, to a first-quarter record $4.9 billion, driven largely by first-quarter record passenger revenues of $4.6 billion. First quarter operating revenue per available seat mile (RASM, or unit revenues) was comparable with the first quarter last year. Strong travel demand resulted in a first-quarter record load factor of 81.5%. Passenger revenue yield decreased 2.8% year over year, primarily due to the competitive yield environment and the impact from operating a sub-optimal flight schedule as a result of a temporarily reduced fleet size due to the retirement of the Boeing 737-300 Classic fleet last year. The company expects its sub-optimal flight schedule to continue to pressure yields in the second quarter. Based on current bookings and revenue trends, the company expects second-quarter 2018 RASM to decrease in the one to three percent range, compared with second quarter 2017 RASM of 14.27 cents, as recast. Approximately one to two points of this estimated decrease is attributable to recent softness in bookings following the Flight 1380 accident.

During first quarter 2018, the company returned $648 million to its shareholders through the repurchase of $500 million in common stock and the payment of $148 million in dividends. The company has $850 million remaining under its May 2017 $2.0 billion share repurchase authorization.

Due to revisions to its future fleet order book with Boeing, the Company now estimates its 2018 capital expenditures to be in the $2.0 to $2.1 billion range.

Fleet and Capacity
The company ended the first quarter with 717 aircraft in its fleet. This reflects the first quarter delivery of nine new Boeing 737-800 aircraft, one new Boeing 737 MAX 8 aircraft, and one pre-owned Boeing 737-700 aircraft. Last month, the company revised its future firm order delivery schedule with Boeing to support future fleet modernization. The company exercised 40 737 MAX 8 options which adds 10 additional firm orders in each year 2019 through 2022. Additionally, five 737 MAX 8 firm orders were shifted from 2019 into fourth quarter 2018, and three pre-owned 737-700 aircraft previously scheduled for delivery in 2018 were replaced with three 737 MAX 8 aircraft to be delivered in 2019. The company expects to end 2018 with 752 aircraft in its fleet based on the current aircraft delivery schedule. 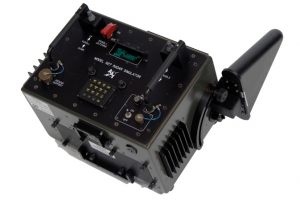