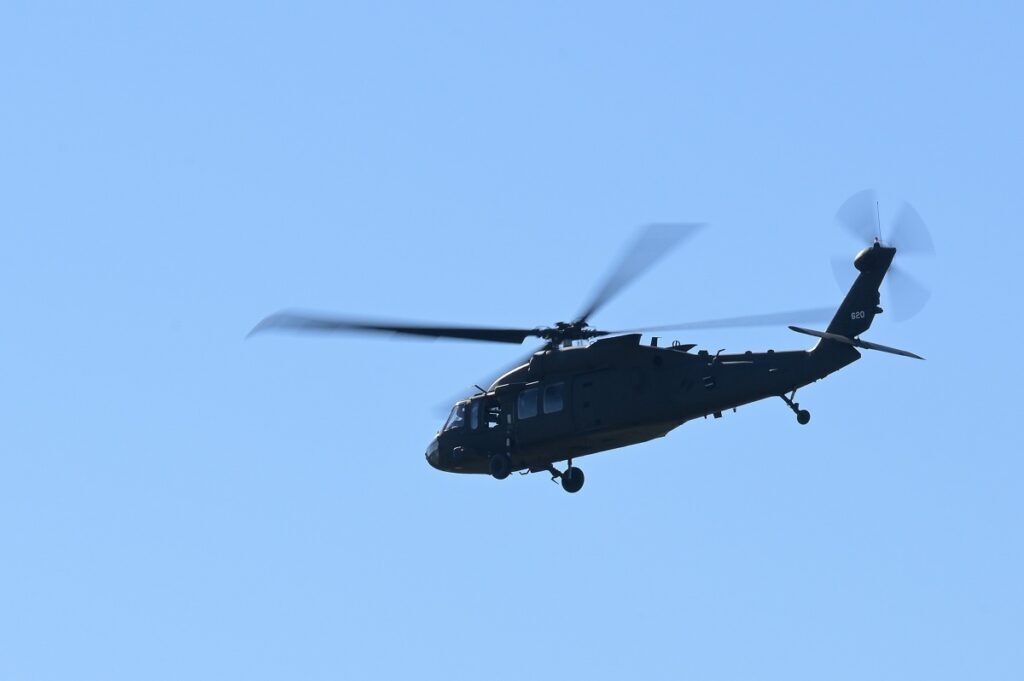 “They were able to execute the missions at ranges that we had not previously seen with payloads we had not previously seen,” Todd said. “Being able to launch an aircraft in all weather in a contested, high-threat environment and deliver critical supplies to soldiers in need is huge for us. Sometimes with manned platforms, while we manage risk in an all-weather environment, it’s very difficult for us to take off in what we call ‘zero-zero’ weather–zero ceiling and zero visibility. At the end of the day, we hope to be able to operationalize capability to lift heavy weights…at ranges in contested environments–potentially maritime environments–that are greater than we’re used to fighting and deliver those supplies ahead of time/ahead of need or, at a minimum, just in time. We don’t want weather or the enemy to be an impediment to us achieving that in the future.”

In February, DARPA and Sikorsky announced the first flight of a fully autonomous Black Hawk.

In September, 2020 at Yuma Proving Ground the Army held the first Project Convergence demonstration, which tested artificial intelligence-enabled systems and a new “computer brain” for passing targeting data in a matter of seconds.

Last year’s Project Convergence showcased “four technologies, all software and AI [artificial intelligence], and we invested in them immediately,” Todd said this week. “We’re excited to see them become programs of record. Many of them were ‘sensor to shooter’ algorithms that we invested in and that we found had great value. Gateway will probably have a few things as well that are ready to go from a technical maturity standpoint and, perhaps, an operational merit standpoint.”

“If we have one real hole in our swing, it’s that we don’t field systems right now at the rate of innovation, and we have to,” he said.

The Army will likely test some of this year’s Gateway technologies at Camp Pendleton, Calif., and at the National Training Center at Ft. Polk, La. In addition, the Army may update its requirements, using such technologies, which may be a part of future experimentation in the Army’s “campaign of learning” in the next two fiscal years.

Todd said that the Gateway experiments will help the Army develop better systems and field them more quickly.

Li-Ion Battery in Production for F-35s