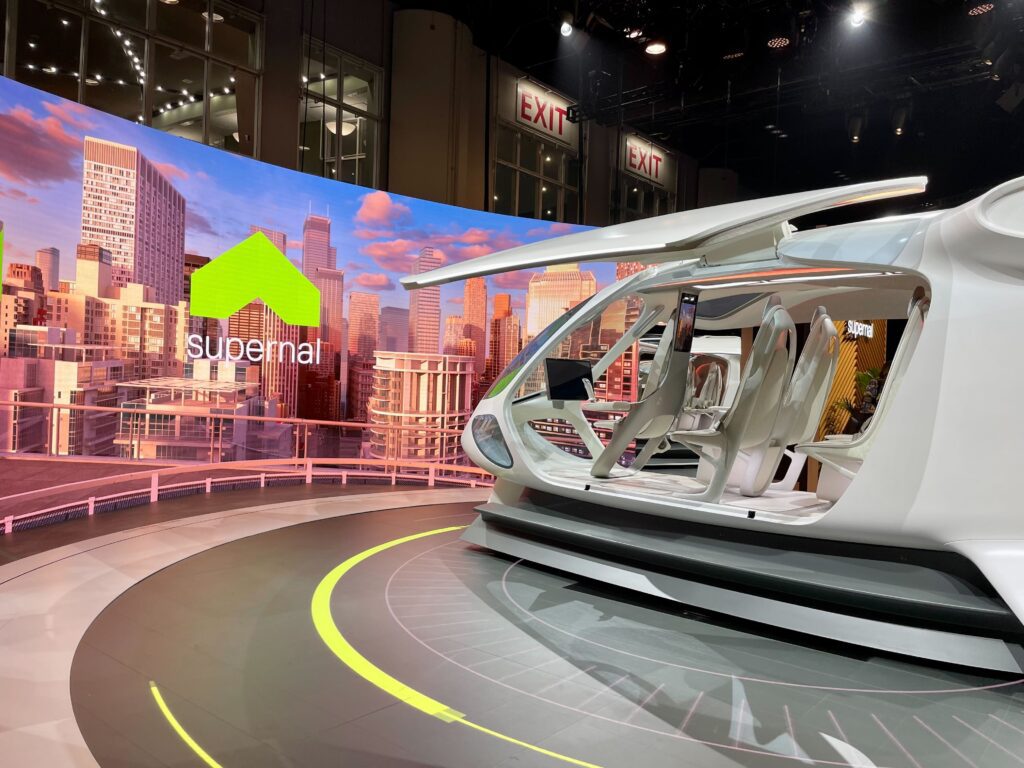 The CEO and CCO of Supernal, a subsidiary of Hyundai, spoke with Avionics International this week about the development of their eVTOL aircraft. (Photo: Jessica Reed)

Orlando, Fla. — Supernal, a subsidiary of Hyundai Motor Group, is developing an electric vertical take-off and landing (eVTOL) aircraft. It was announced this week that Supernal signed an agreement with Honeywell Aerospace to consider integrating the Anthem flight deck into their eVTOL. Supernal is also collaborating with BAE Systems on the design and development of a compact flight control computer.

Mike Whitaker, Chief Commercial Officer at Supernal, shared his perspective on the agreement with Honeywell in an interview with Avionics International at the 2022 NBAA-BACE. “We’re looking for partners that we can work with longer-term to build out components for this particular segment of aviation—advanced air mobility,” he said.

“Our focus is to manufacture these aircraft in a high-rate, automated fashion, similar to how we do it with cars, but achieving the same level of safety that you do with aircraft.”

Supernal’s team sees Honeywell Aerospace as a strong partner to develop components for their immediate needs, as well as a long-term partner. In the future, Whitaker explained, “we’re going to want to bring down the costs, simplify the operations, and ultimately move into autonomous operations.”

Supernal will be conducting test flights by the end of 2022, he stated, using a sub-scale technology demonstrator. “We view the next two years as a fairly intensive time for flight testing of different vehicle platforms. A lot of that is about systems integration—working with the Honeywell products and other products to make sure they are integrated safely and efficiently.”

Whitaker also commented on the decision to first launch a piloted eVTOL. Customers are not quite ready to get into an aircraft without a pilot, and the general population is still not knowledgeable about the mode of transportation. Building confidence in these types of aircraft will take time, he noted.

Initially, although the aircraft will be piloted, operating it will be quite simple. The vehicle will incorporate a high level of automation in order to facilitate the eventual transition to autonomous flight. According to Whitaker, the technology for autonomous operations is here already. The challenges are public acceptance and meeting standards for safety established by the Federal Aviation Administration.

“We’re targeting 2028 for certification of the first vehicle, which will be piloted,” he shared. “We view automation as happening closer to the mid-2030s. It’s not just the certification of the vehicle and the technology. It’s also new airspace rules, because the FAA right now doesn’t have rules for autonomous operations in civil airspace.”

What needs to happen, he continued, is the creation of an entirely new set of rules—including requirements for separation between vehicles in the airspace. Even though eVTOL aircraft and other advanced air mobility (AAM) vehicles will be equipped with sense-and-avoid or detect-and-avoid technologies, these solutions will need to enable very dense operations in urban areas.

“For autonomous operation in the future, you have to have an entire new ecosystem in place,” Whitaker remarked.

The capability to manufacture mass quantities of eVTOLs will be key for eVTOL developers. Whitaker noted that Supernal needs to either manufacture components themselves or collaborate with a partner who can manufacture large volumes of high-quality components in a cost-effective way. 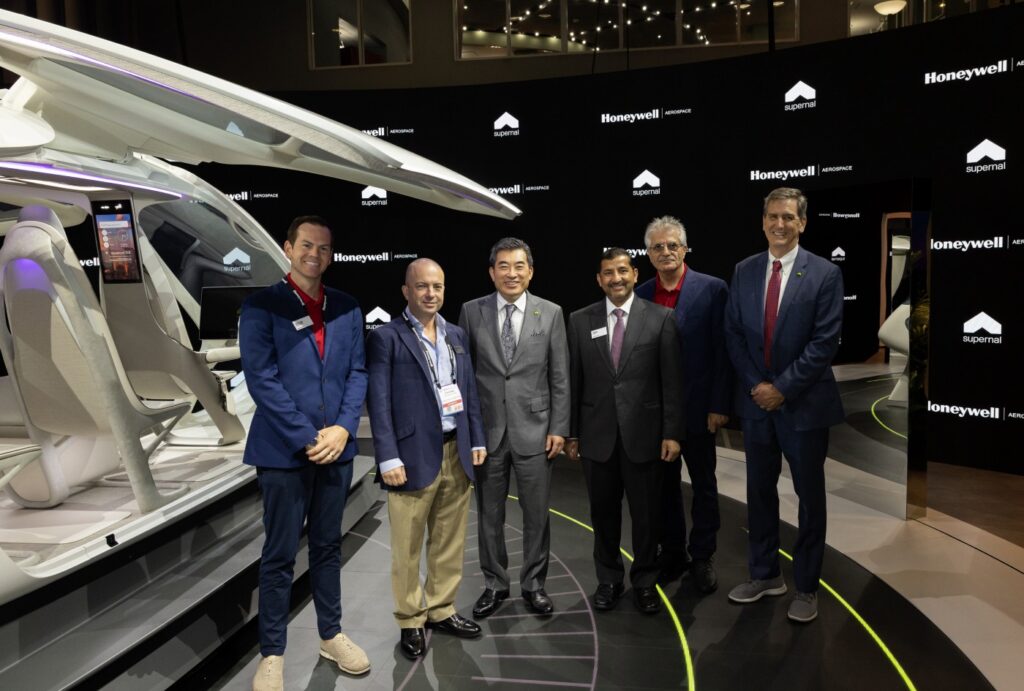 Supernal’s CEO, Jaiwon Shin, stated that two of the main technological barriers for urban air mobility (UAM) are related to batteries and autonomous flight. Battery performance needs to reach a certain level to support UAM operations, and “commercial airlines are already doing a lot of automated flight,” he shared with Avionics. “Autonomy is a couple of steps higher than just automation.”

These two challenges need to be overcome in the near future, Shin believes. In the long-term, even more important is the development of a new ecosystem to support UAM. This includes vertiport infrastructure and air traffic management systems as well as collaboration with state, local, and federal governments to ensure safety.

“We certainly are focusing on vehicle development,” said Shin, “but at the same time, because of the importance of the ecosystem, we also have built a strong team to lead some aspects of the ecosystem, or cooperating and collaborating with other stakeholders to open the market.”

He explained that another key to success for UAM is seamless integration. Customers value the ability to rely on a single mode of transportation for their entire journey. As a customer, he said, “I just don’t want to see the long wait, or see that when I get to the vertiport, the plane is not there. I don’t want to change transportation modes five times.”