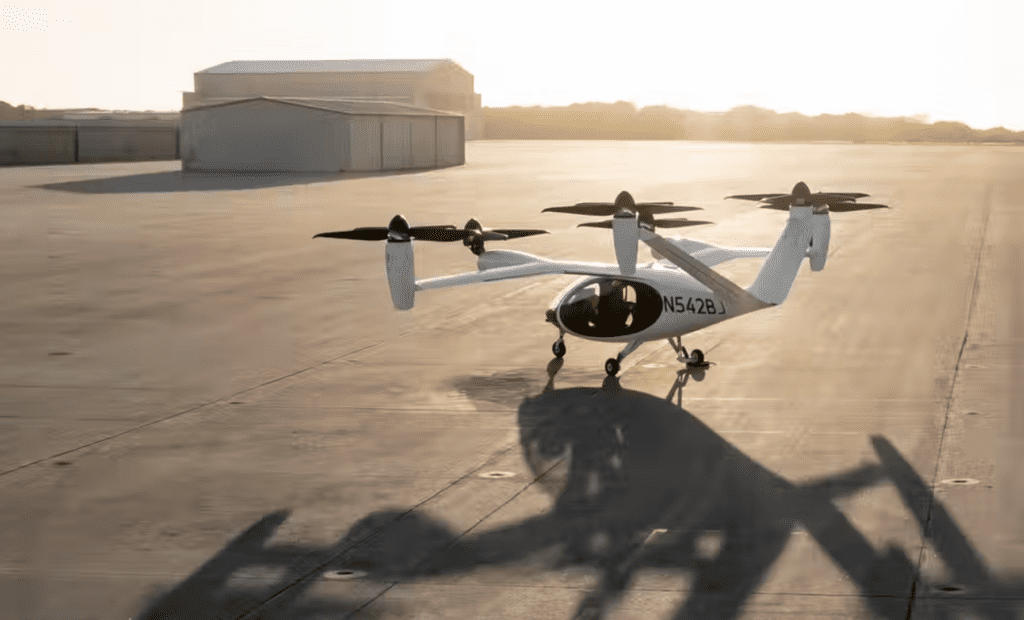 The White House summit on advanced air mobility featured discussions about drones and electric air taxis or eVTOLs, like the one pictured above. (Photo courtesy of Joby)

According to Billy Nolen, Acting Administrator of the Federal Aviation Administration, two companies developing electric vertical take-off and landing (eVTOL) aircraft expect to earn FAA certification of their vehicles as early as 2024. He shared numerous insights about the FAA's approach to advanced air mobility and ensuring safety for the aviation industry during a keynote presentation at a summit hosted by the White House last week. Nolen added that in addition to supporting certification for eVTOL aircraft, another priority of the FAA is working to enable routine drone operations that can be carried out beyond the line of sight of a visual observer.

Joby Aviation's team expects to start operations of their eVTOL aircraft in 2024. Joby is pursuing certification of its eVTOL with the FAA, and an announcement last month from the company shared that the eVTOL developer has also applied for certification in the U.K. Joby's second-quarter earnings call will take place this week on August 11.

Another major eVTOL developer, Archer Aviation, announced in July that it has successfully completed "all of its 'critical azimuth' flight tests, marking the completion of the second of three key phases of flight testing," according to the company. "The purpose of these tests are to validate the crosswind capabilities of Archer’s eVTOL aircraft configuration and flight control systems."

Archer's flight test campaign has quickly shifted to focus on expanding forward flight speed towards full transition. The company expects to achieve certification of its aircraft in 2024 and launch operations shortly thereafer.

JoeBen Bevirt, Founder and CEO of Joby Aviation, remarked on the amazing transformative potential of AAM during his presentation. “That potential, the economic benefits of that, the productivity that it brings, the access that it brings are really exciting,” he said.

A panel discussion on the benefits of AAM, featuring Joby's JoeBen Bevirt, pictured above seated on the left

“There are a number of key pieces that make all of this possible. Electric propulsion is at the core of that,” according to Bevirt. “Electric propulsion gives us the ability to think differently about aircraft design.” This means manufacturing aircraft that are safer, quieter, and less expensive, with next-generation capabilities.

Bevirt commended NASA, the U.S. Air Force’s AFWERX/Agility Prime program, and the White House's OSTP (Office of Science and Technology Policy) for their support of the growing AAM industry. The success of AAM in the U.S., he claimed, is vital for the country to continue playing a leadership role in aviation.

Senator Bill Nelson, NASA Administrator, shared comments on NASA’s commitment to advanced air mobility (AAM). The overarching vision is to support the safe development of new air transportation systems. He poses the questions, “How do we move people and cargo between places previously not served, or underserved? How do we utilize revolutionary new aircraft?”

One area of great potential for AAM is assisting firefighters and first responders in hard-to-reach areas. Climate change means that extreme weather events and wildfires are happening more frequently, explained Nelson. As of Monday, August 1, he noted, there were 53 wildfires currently active in the U.S. “These [AAM] aircraft can be a game-changer for emergency response and rescue operations.”

Unmanned aircraft systems, or UAS, can be used to monitor a wildfire's size and location, enabling a more effective firefighting approach. eVTOL aircraft that can carry passengers can be used for quickly transporting individuals out of a region with an active fire or other natural disaster.

NASA’s research and industry collaboration focuses on four core areas related to AAM. These areas include noise abatement, airspace integration, autonomy, and safety. Nelson mentioned that they invite contributions from industry stakeholders through open forums like the AAM ecosystem working groups. Insights from stakeholders inform NASA not only on what is possible but what is required for the future of AAM.

“Humanity is on the cusp of a new era of aviation,” he said. “This era cannot happen on its own. We must choose to make it so. We have the resources. The question is, together do we have the will? I believe we do.”

Billy Nolen, Acting Administrator of the Federal Aviation Administration, delivered a keynote presentation during the White House summit, emphasizing the importance of public acceptance with new technologies like electric vertical take-off and landing (eVTOL) aircraft and with increasingly autonomous aircraft.“If the public is not confident in their safety, then the benefits may never be realized," he said.

The FAA continues to work closely with the aviation community to ensure operational safety. For new AAM technologies, Nolen said, “our mission is to constantly advance our outstanding level of safety, without stifling the innovators. We aim to be a gateway, not a hurdle.”

FAA officials are collaborating with NASA, Homeland Security, Defense, and other agencies to support its comprehensive integration strategy for drones and other AAM vehicles. For drones, one of the FAA’s priorities is implementing standard rules for beyond visual line of sight (BVLOS) operations. Nolen shared that the agency works closely with the drone community to make routine BVLOS missions scalable and economically viable.

"By 2025, we could have a total of more than 2.6 million commercial and recreational drones flying in our airspace, according to FAA forecasts," he stated. "It’s critical that we have a standard set of rules for operations beyond visual line of sight. This would enable operations for things like routine package deliveries, infrastructure inspections and agriculture spraying and inspection."

The FAA has been working with the Choctaw Nation of Oklahoma, and multiple other organizations as well as the states of Kansas and North Dakota, as part of an integration program called BEYOND. The program enables the FAA to "learn about and address state and local government concerns about drone operations—concerns related to safety, security, noise, and privacy."

The agency has also entered into partnerships with more than 20 companies with the goal of advancing complex drone operational capabilities safely, Nolen shared. One of these partnerships is with Xcel Energy; the FAA is supporting inspections of power transmission lines conducted via unmanned aircraft.

In addition to advanced drone technology, electric air taxis, or eVTOLs, are a game changer for the AAM industry, Nolen believes. These aircraft not only promise more efficient personal transportation, but they will also be used for a range of applications such as firefighting, search and rescue operations, and transporting cargo.

“eVTOL technology is on its way,” remarked Nolen. “In fact, two companies expect to earn FAA certification of their vehicles as early as 2024.”

“We’re looking at every aspect of this enterprise—the vehicle itself, the framework for operations, access to the airspace, operator training, infrastructure development, and community engagement,” he said. “In other words, it’s not just about air taxis. It’s also about everything necessary to support air taxi flights.”

One of the challenges considered by the FAA is the integration of increasingly autonomous vehicles. Pilots operating conventional aircraft have to communicate with air traffic controllers, Nolen mentioned. "What if the software that enables an autonomous vehicle to remain aloft also allows it to safely separate itself from other aircraft?" he ponders.

Nolen recently met with multiple aviation officials in government and industry, and he reports that he was encouraged by AAM aircraft manufacturers—who "are moving through their home country’s certification process and now asking their American or U.K. counterpart for validation."

The FAA is partnered with the National Aviation Authorities Network that includes the U.K., Canada, Australia, and New Zealand with the goal of aligning processes for certification and standardizing requirements for these new types of aircraft. 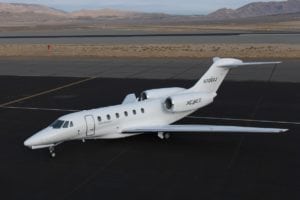