American Airlines announced an investment into ZeroAvia as well as its intent to order up to 100 hydrogen-electric engines from ZeroAvia. (Photo: ZeroAvia)

In an Aug. 3 announcement, American Airlines and ZeroAvia shared news of a Memorandum of Understanding (MOU) in which American can order up to 100 of ZeroAvia's hydrogen-electric engines. The airline is also investing in ZeroAvia's innovative technology that could play a key role in advancing sustainable aviation, said Derek Kerr, Chief Financial Officer at American, commenting on the announcement. "We are excited to contribute to this industry development and look forward to exploring how these engines can support the future of our airline as we build American Airlines to thrive forever," Kerr remarked.

ZeroAvia's hydrogen-electric powertrain is designed to provide emission-free power for regional jet aircraft. The company's ZA2000-RJ powertrain model is expected to launch commercially in the late 2020s. ZeroAvia's team is working towards certain type certifications of its propulsion technology, including a 600kW powertrain designed for entry into service in 2024.

Val Miftakhov, founder and CEO of ZeroAvia, also commented on the announcement, expressing their excitement regarding American's investment and the airline's confidence in ZeroAvia's potential. According to Miftakhov, the company's primary focus is delivering sustainable travel. “Having support from the world’s largest airline is a strong indication of the progress we’re making on the development of hydrogen-electric, zero-emission flight," he stated.

July marked the signing of an MOU between ZeroAvia and Ravn Alaska, which included an order for 30 of the ZA2000 powertrains. Ravn intends to retrofit its fleet of De Havilland Dash-8 with ZeroAvia's engines. The 2–5 megawatt ZA2000 modular powertrain is compatible with turboprop planes of 40 to 90 seats.

In June, ZeroAvia signed an agreement with MONTE Aircraft Leasing. The two companies will partner to offer aircraft leasing and financing solutions to operators. MONTE will also purchase up to 100 of the ZA600 powertrains for use on Cessna Caravan, DHC-6 Twin Otter, Dornier 228, and HAL-228 aircraft.

ZeroAvia also expanded an existing agreement with MHI RJ Aviation Group back in April 2022. The companies had signed an MOU at the end of 2021, and following the April announcement, MHIRJ agreed to provide engineering services and aircraft integration to support ZeroAvia's certification of its engines.

Enabling sustainability in aviation is a priority for both American and ZeroAvia. A new partnership was formed between the hydrogen-electric engine developer and ZEV Station, a hydrogen fueling firm, earlier this year to construct infrastructure for green hydrogen refueling at airports in California. ZEV Station and ZeroAvia signed an MOU that included plans to collaborate for development of an initial project to prove the feasibility of hydrogen-electric propulsion systems. 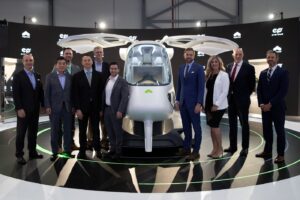 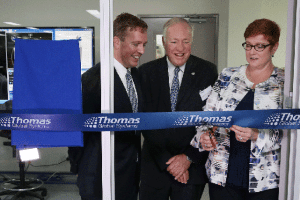