AerSale has issued a new contract to Universal Avionics to supply its head-worn display system for Boeing 737NG operators. (Photo courtesy of AerSale)

The 737NG contract is the latest awarded to Universal Avionics by the Florida-based aircraft leasing, aftermarket parts, and modification provider, after previously working to develop a supplemental type certificate (STC) for Universal's SkyLens wearable head-up display (HUD) on the Airbus A320. Under the contract, Universal will supply its SkyLens™ Head Wearable Display (HWD) and EVS-5000 cameras to AerSale to distribute the system to airlines as “AerAware.”

Universal’s EVS-5000 features six sensors and a 3D Synthetic Vision System (SVS), according to the company.

Nicolas Finazzo, Chairman and CEO of AerSale, said the contract will ensure their ability to deliver the AerAware system to "the growing number of airlines who have expressed interest in this solution. We are bringing this innovative solution to commercial operators for improved safety and operational effectiveness and we're seeing a lot of excitement as we conduct demonstration flight tests."

AerAware is described by AerSale as combining real-time aircraft systems data, advanced multispectral camera imaging, and synthetic vision onto a head wearable display. A key aspect of the wearable display is its ability to provide pilots with required visual approach and landing references earlier in the airport landing approach process.

According to a report submitted by the FAA to the U.S. Senate Committee on Commerce, Science and Transportation, "Assessment of Advanced Cockpit Displays"—as required by a provision in the FAA Reauthorization Act of 2018—while Head Worn Displays (HWD) have been used in military aircraft for several years, no current U.S.-registered airline is operating with HWDs. 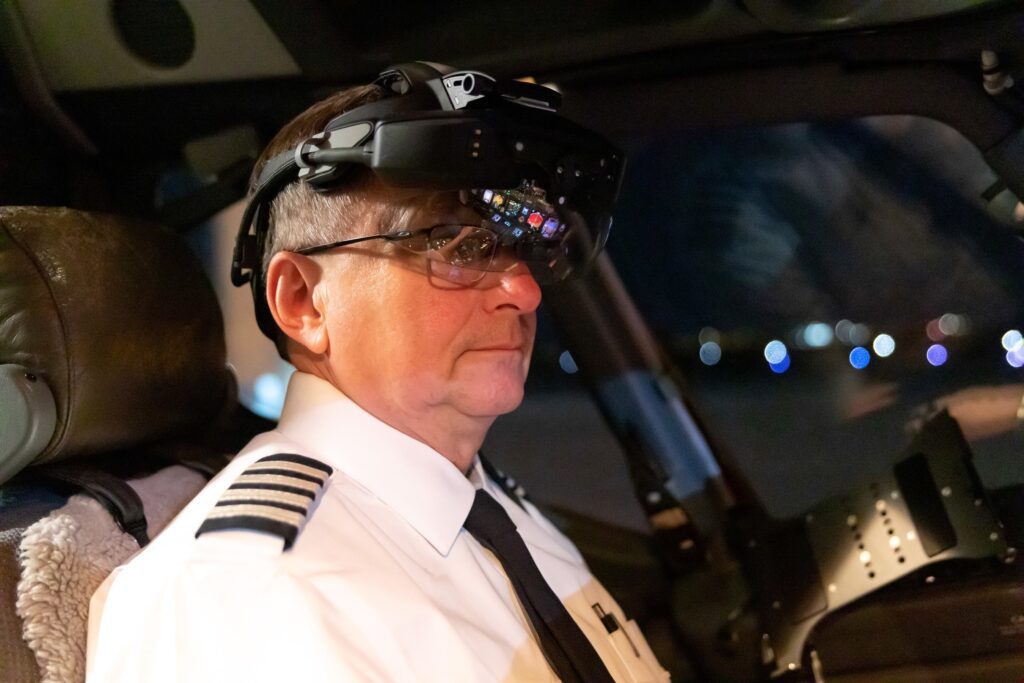 Currently, there are no U.S.-registered airlines that are using head-worn displays for operating their aircraft. (Photo courtesy of Universal Avionics)

"With additional technology advances, such displays may be able to qualify under 14 CFR § 91.176 as an 'equivalent display' and thereby achieve full EFVS status," the FAA writes in the report.

Dror Yahav, CEO of Universal Avionics, commenting on the new contract, says the company's ClearVision system "brings substantial capabilities to the 737NG and has demonstrated its advantages to operations including the ability to overcome degraded visibility solutions during any time of day. I believe that the ability to allow aircraft to operate in conditions well below published minimums is a game-changer.”

Modification of the 737NG to enable AerAware includes a new radome to accommodate the camera installation, system wiring, connectors, and mounting hardware in equipment bays and flight deck. AerSale will now be able to provide the certified AerAware system to commercial airlines operating 737NG aircraft. 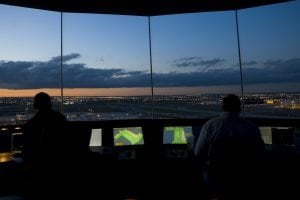