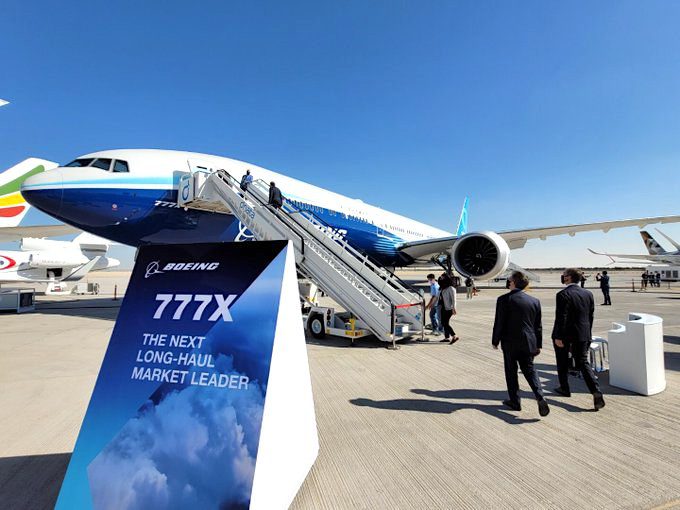 The FAA names Boeing's 777X, pictured here at the 2021 Dubai Air Show, as one of the aircraft that would be subject to a new fuel efficiency metric regulation, according to a new proposed rulemaking that the agency released last week. (Photo, courtesy of Boeing)

FAA's proposed Part 38 fuel efficiency regulation is the result of airplane emissions rules adopted by the Environmental Protection Agency (EPA) last year that are aligned with the International Civil Aviation Organization’s (ICAO) 2017 update to its carbon dioxide emission standards. According to the 16-page NPRM published by the FAA this week, Part 38 is applicable to new subsonic jet aircraft and large turboprop and propeller aircraft that are not yet certified, and for new airplanes manufactured after January 1, 2028.

Furthermore, Part 38 will prescribe the new FEM metric to aircraft with 20 seats or more, and a maximum takeoff mass (MTOM) greater than 5,700 kilograms (12,500 pounds). Under the NPRM as proposed, Part 38 uses a metric that equates fuel efficiency and consumption with reductions in carbon dioxide (CO2) based on the unique specific air range (SAR) and reference geometric factor (RGF) characteristics of individual airplane models.

The Fuel Efficiency Metric equation as proposed in the NPRM

SAR, according to the FAA, is determined by the distance an airplane can travel per unit of fuel consumed by measuring fuel efficiency of airplanes at every point that occurs within a given trajectory while in stable cruise flight conditions. An aircraft’s fuselage size and load carrying capacity determine its RGF, and the new Part 38 regulation uses an RGF parameter that is represented by the “floor area of pressurized space in an airplane, and is flexible enough to account for single or multi-deck airplanes,” according to the NPRM.

“Dividing SAR by RGF results in a universal equation to denote the fuel efficiency of any airplane regardless of size. This is the FEM,” the FAA writes in the proposed rulemaking.

A key aspect of the NPRM for avionics manufacturers relates to the proposed regulation of an aircraft’s FEM metric when a modification occurs to the aircraft that impacts the criteria originally used for it to meet the FEM during its type certification process.

To exemplify the applicability requirements of the new FEM metric for changes to aircraft systems and components, the FAA included, in the draft of the proposed rulemaking, an example of a satellite antenna modification. According to the example provided, adding a satellite antenna to the top of a fuselage “may adversely affect the airplane’s FEM value by increasing drag.” The example references a 60,000 kg MTOM modified airplane.

“If this 60,000 kg MTOM modified airplane shows an increase of FEM value of more than 0.75% (as calculated, under § 38.19(a)(2)), the applicant would need to demonstrate compliance with the fuel efficiency limit that was established for the prior version of the airplane,” the NPRM says.

In the announcement proposing the new Part 38 rule, the FAA clarifies that the FEM metric will not be applicable to aircraft that are already in service. The agency also provided some specific examples of aircraft that the rule could apply to, including the “upcoming Boeing 777-X and future versions of the 787 Dreamliner; the Airbus A330-neo; business jets such as the Cessna Citation; and civil turboprop airplanes such as the ATR 72 and the Viking Limited Q400.” 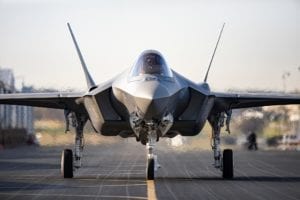 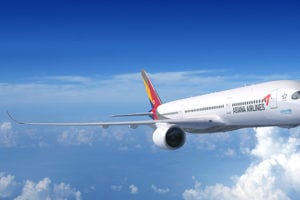