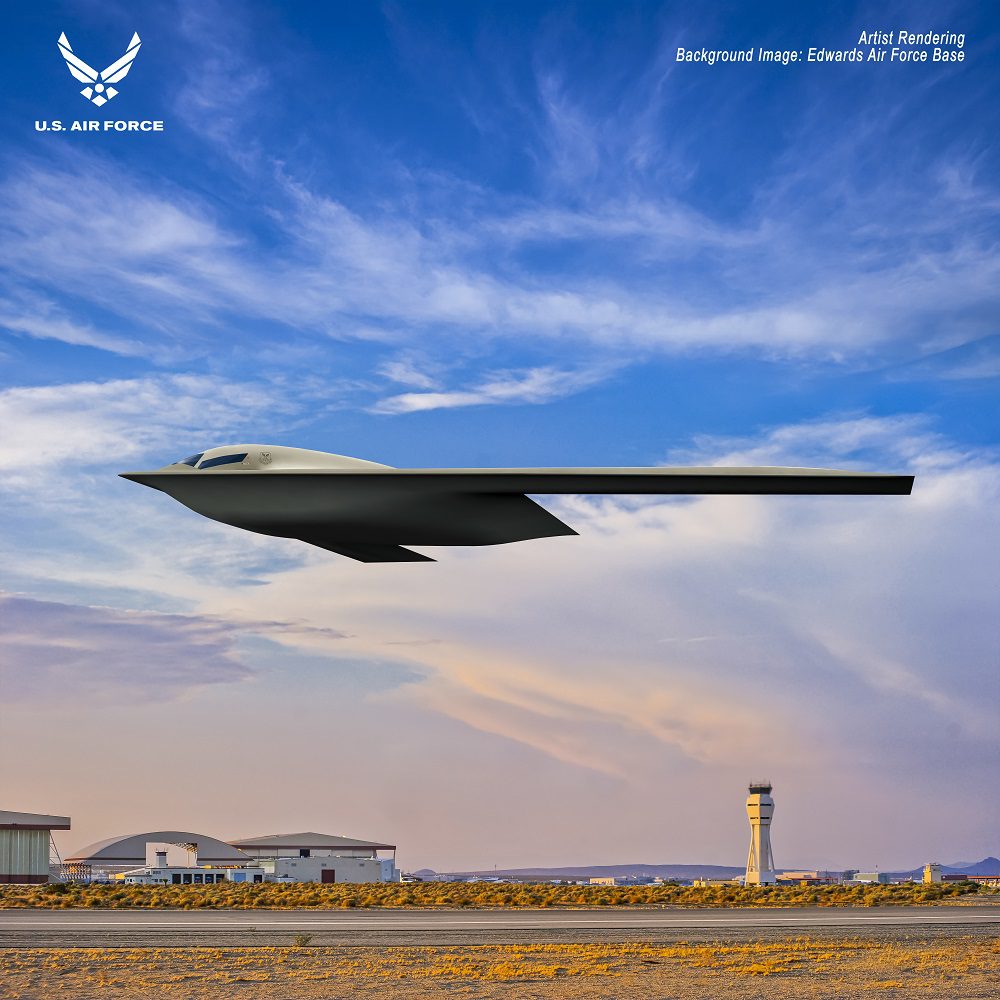 Pictured is an artist rendering of the B-21 Raider (Photo, courtesy of Northrop Grumman).

Northrop Grumman on Thursday posted first quarter results that included a boost from its ongoing development work on the Air Force’s B-21 next-generation stealth bomber.

The $67 million benefit on the B-21 stems from a favorable estimate-at-completion (EAC) adjustment attributed to performance benefits on the engineering and manufacturing  development (EMD) contract. An EAC refers to the hours expected to complete a project or milestone.

The gain on the contract was partially offset by a benefit a year ago from lower overhead rates on fixed price contracts at the company that did not recur in the first quarter of 2022.

Northrop Grumman typically has little to say about its B-21 work due to its classified nature but the company provided incremental details about the growth trajectory of the franchise program in the coming years.

Sales from the B-21 are expected to grow as the EMD phase of the program continues and low-rate initial production (LRIP) begins in parallel, Kathy Warden, chairwoman, president and CEO of Northrop Grumman, said on an earnings call with analysts.

Dave Keffer, Northrop Grumman’s chief financial officer, said in 2022 the EMD phase is in “a critical integration and test portion,” adding that “we continue to focus on production efficiencies.”

The Air Force said in March that the first B-21 has begun the ground-test phase and there are five more aircraft in various stages of production.

LRIP will begin over the next year and sales from this portion of the program will be recognized separately from the EMD effort, Keffer said. The full-rate production contract, which will account for most of the aircraft, hasn’t been negotiated, he said.

Northrop Grumman’s bid for the B-21 included a specific quantity of LRIP aircraft at a fixed-price, Warden said, noting that while she can’t disclose the number of aircraft, “it’s a small portion of the overall program of record.”

Asked by one analyst about the potential impact of inflation on the B-21 given that the LRIP aircraft will be built at a fixed-price, Warden answered the company’s bid had margin for inflation growth, that the program is still on a path to profitability, and expects to provide the aircraft within the “government target price,” which is updated regularly to account for inflation.

“I’ll remind you we’re not really gong to be in the production phase for a couple of years in any significant way,” she said. “And so, we still have a good bit of time and we expect inflation is going to modulate and we’re not seeing, based on the assumptions we’ve made today, a material impact to the program.”

Keffer said the company’s current assumptions run through the decade.

“But it does project robust funding for B-21 through the decade and that is what we are anticipating as well,” Warden said. In response to another question about whether the current five-year FYDP contains peak year funding for the program, she replied that while aircraft quantities are classified, “the budget does not show a peak revenue year through fiscal year 2027.”

This article was first published by Defense Daily, a sister publication to Avionics International>>