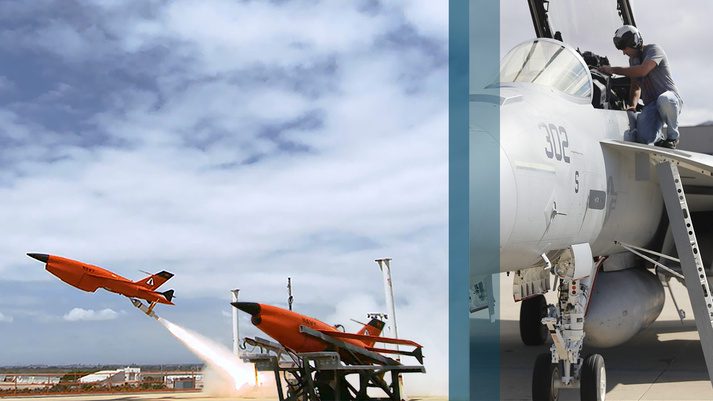 BAE Systems and the Office of the Deputy Secretary of Defense's Strategic Capabilities Office successfully performed a flight test that demonstrated use of advanced manned-unmanned teaming technology in completing a combat mission. (Photo: BAE Systems)

In conjunction with the Office of the Deputy Secretary of Defense’s Strategic Capabilities Office, defense and aerospace company BAE Systems performed a successful flight test demonstrating advanced manned-unmanned teaming (MUM-T) technology. The test took place at a Department of Defense flight test range and involved real mission sensors on a manned military fighter aircraft and multiple unmanned aerial vehicles (UAVs). Together, the UAVs autonomously executed tactics to complete a combat mission, and BAE Systems’ Human Machine Interface was utilized by the aviator to monitor the progress of the mission.

The main objective of this flight test was to demonstrate “collaborative mission execution in an operationally representative environment,” according to the company’s announcement. Vice President and General Manager of Controls and Avionics Solutions at BAE Systems, Ehtisham Siddiqui, stated: “The development of autonomous technology is crucial to protect our warfighters against emerging threats. This flight test demonstrates our team’s commitment to accelerate the deployment of reliable and innovative manned-unmanned teaming solutions for mission success.”

In December 2021, BAE Systems entered into a joint study with Embraer’s Defense & Security team; the study set out to explore defense applications for the electric vertical take-off and landing (eVTOL) aircraft produced by Eve, a subsidiary of Embraer. Engineers from BAE Systems’ Air sector would coordinate with their counterparts at Embraer to research the possibility of using a defense variant of Eve’s eVTOL for applications such as transporting personnel, surveillance, and disaster relief.

BAE Systems’ Human Machine Interface, which was used in this recent flight test, “was developed through extensive virtual and constructive simulation testing with assistance from pilots and electronic warfare officers,” according to BAE Systems. The company has two decades of experience in developing autonomous flight control systems which informed their development of the MUM-T technology used in the flight test. The underlying algorithms of the MUM-T suite “enable decentralized autonomous decision-making at the tactical edge, allowing the architecture to be easily adapted for new missions and incorporate future technology,” the announcement revealed. 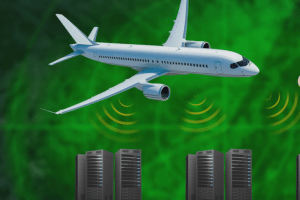