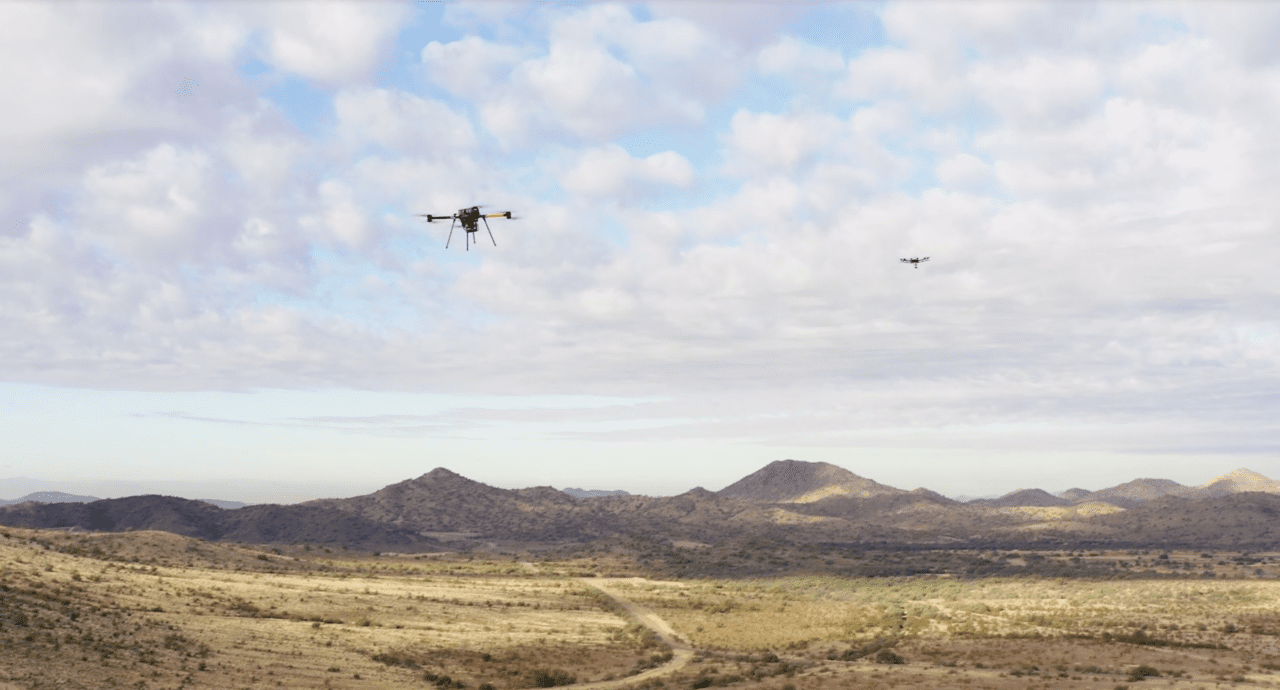 Honeywell Aerospace recently put its RDR-84K radar system to the test to demonstrate its autonomous detect-and-avoid capabilities. A drone piloted by the IntuVue RDR-84K radar was able to avoid an unforeseen “intruder” aircraft by assessing the vehicle’s flight path, calculating an avoidance maneuver, and autonomously taking over navigation. After a successful first test, the team at Honeywell Aerospace introduced more difficult scenarios to assess whether the RDR-84K could detect the intruder if approached from below or from various angles. Larry Surace, lead systems engineer for the radar system, said, “The radar handled everything we threw at it. It saw the danger immediately and successfully executed multiple avoidance maneuvers,” according to the announcement from Honeywell.

In an interview with Avionics International, Sapan Shah—Product Manager of Advanced Air Mobility (AAM) at Honeywell Aerospace—summarized the demonstration: “We were able to autonomously detect an intruder, map out the track for the intruder, figure out what it’s about to do, and calculate a way around it so that we can neutralize the threat. The differentiating factor on the RDR-84K is that it is able to do all of that within the one single box. It does not depend on any other [system] to process the information and calculate the algorithm to go around it.” Because of this design, he said, there is no need for a separate computer on the aircraft to perform tasks such as calculating avoidance paths, for example. Honeywell’s aircraft radar is also relatively small (8” by 4”) and weighs less than 2 pounds.

This is Honeywell's RDR-84K radar system that piloted the drone in the collision avoidance tests. The RDR-84K is compact at a size of 8"x4"x1" but it can detect targets up to 3 kilometers away. (Photo: Honeywell Aerospace)

Also participating in the interview, Surace added that the tests were done at a low altitude of 300 feet. This tested “the ability of the radar to cancel clutter and to look through a very non-friendly clutter environment. At fairly high speeds, 5–7 meters per second, it was able to adapt to that—that’s been another differentiating factor for our radar. We have a very good clutter rejection algorithm.”

It was important to demonstrate the radar’s detect-and-avoid capability at low altitudes, Shah said, because “as we start seeing how drones are going to operate in a real environment for last-mile delivery, they’re all going to be operating in a low environment with a lot of houses, trees, and poles. We need to be able to filter out that noise that radar’s going to see.”

Pictured is the drone piloted by Honeywell's radar system, prepared to calculate the flight path of the intruder drone and avoid a collision. (Photo: Honeywell Aerospace)

The team at Honeywell Aerospace is working with the FAA to meet safety requirements in order to achieve certification. A safety analysis needs to align with their Concept of Operations (ConOps) for the radar system, says Surace. One of the next objectives for the RDR-84K is to do more testing with two—or more—intruder drones. “The algorithms are very adaptive,” shared Surace, “and we can adapt to different coverage areas and different numbers of drones. We’ve demonstrated it at 90- and 45-degree intruders to our flight path, so the radar is adaptive to those multiple angle scenarios.”

As far as applications for the radar system, it will allow drones operating beyond visual line of sight (BVLOS) to avoid obstacles and other unmanned aircraft in performing delivery services, including medical deliveries, inspection services, and more. The RDR-84K is part of Honeywell’s BVLOS line of technologies, including a small UAV satellite communications transmitter, hydrogen fuel cells, and inertial navigation systems, which are all designed to expand the range of unmanned aircraft.

For bigger vehicles carrying heavy cargo and traveling long distances, said Shah, “what we call middle-mile services, those vehicles would also need almost a 360-degree detect-and-avoid [capability]. The RDR-84K can be networked together to provide that kind of visibility so you can avoid intruders not just coming at you but from behind you.” 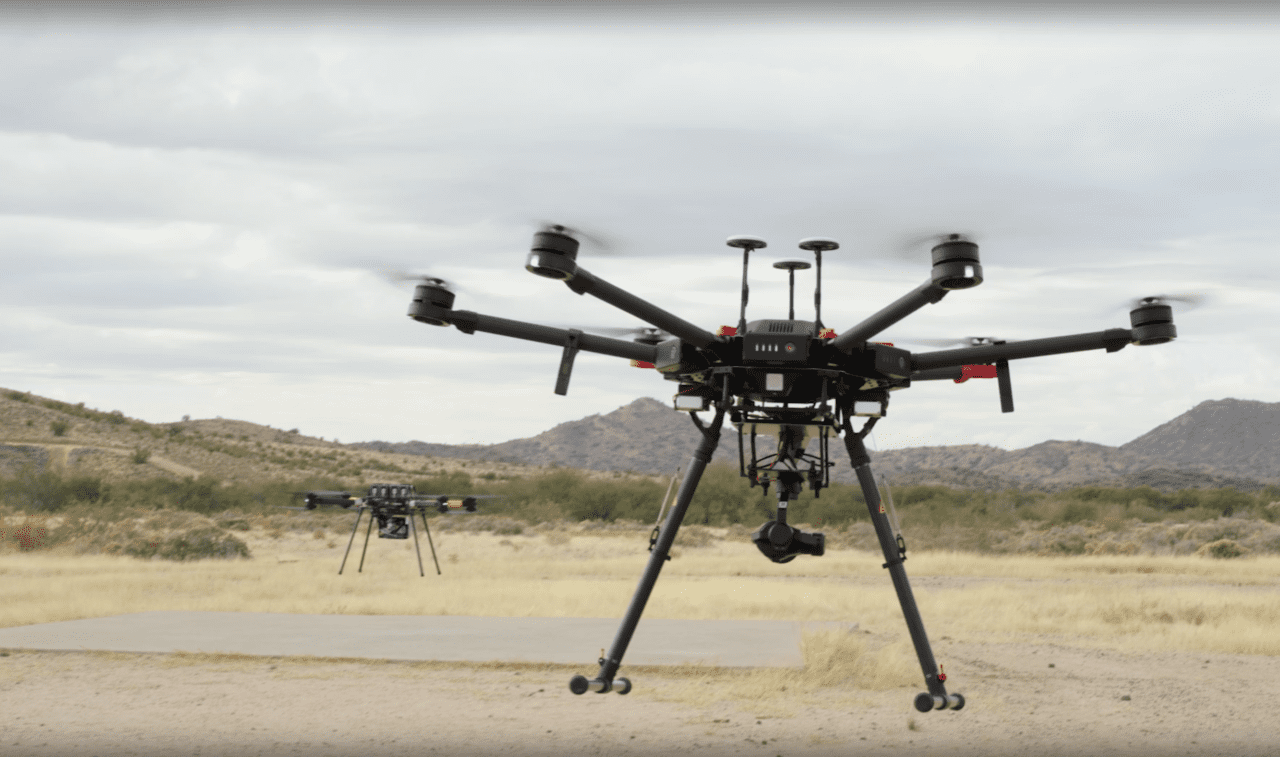 The autopilot guided the quadcopter drone into a safe landing after the radar system had completed its tests. (Photo: Honeywell Aerospace)

Shah believes that by the end of this decade, the AAM sector will be moving towards simplified vehicle operations and autonomy. In order to accomplish this, they will need a fully autonomous onboard radar system with detect-and-avoid capabilities. The RDR-84K, he added, provides a path to achieve this.

Surace described the RDR-84K as the foundation for other projects related to AAM and unmanned aircraft systems (UAS). One such project, he said, is navigation in GPS-denied environments and finding alternate navigation sources. “One of the things we’re addressing is not so much that the GPS is not available, but that it could be jammed or spoofed. We’ll use the radar mapping, ground mapping capability to work in conjunction with our rich inertial navigation unit product line. If we lose the GPS signal, the drone is not without alternate means to navigate safely to its destination with these alternate sensors.”

Another project in the works is a Marker Based Landing (MBL) which uses a camera and inertial navigation systems to enable automatic landing at vertiports. The aim is to facilitate MBLs “even in a GPS-denied, low light, low visibility environment,” commented Surace.

To operate today’s air taxis, highly skilled and certified pilots are required. Shah remarked, “We will have to move away from certified pilots to operators. Honeywell is investing in simplified vehicle operations technology, where the amount of training required to operate a vehicle will be orders of magnitude lower than what is required today. We have enabled and provided all this autonomy and automation of the vehicle, so someone that is not trained to the same level can still safely complete the mission.” 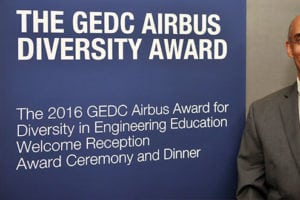 Airbus Calls for Entries for Diversity Award for Engineering 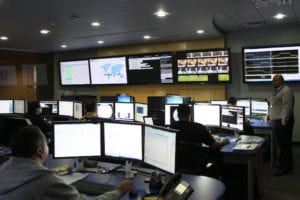