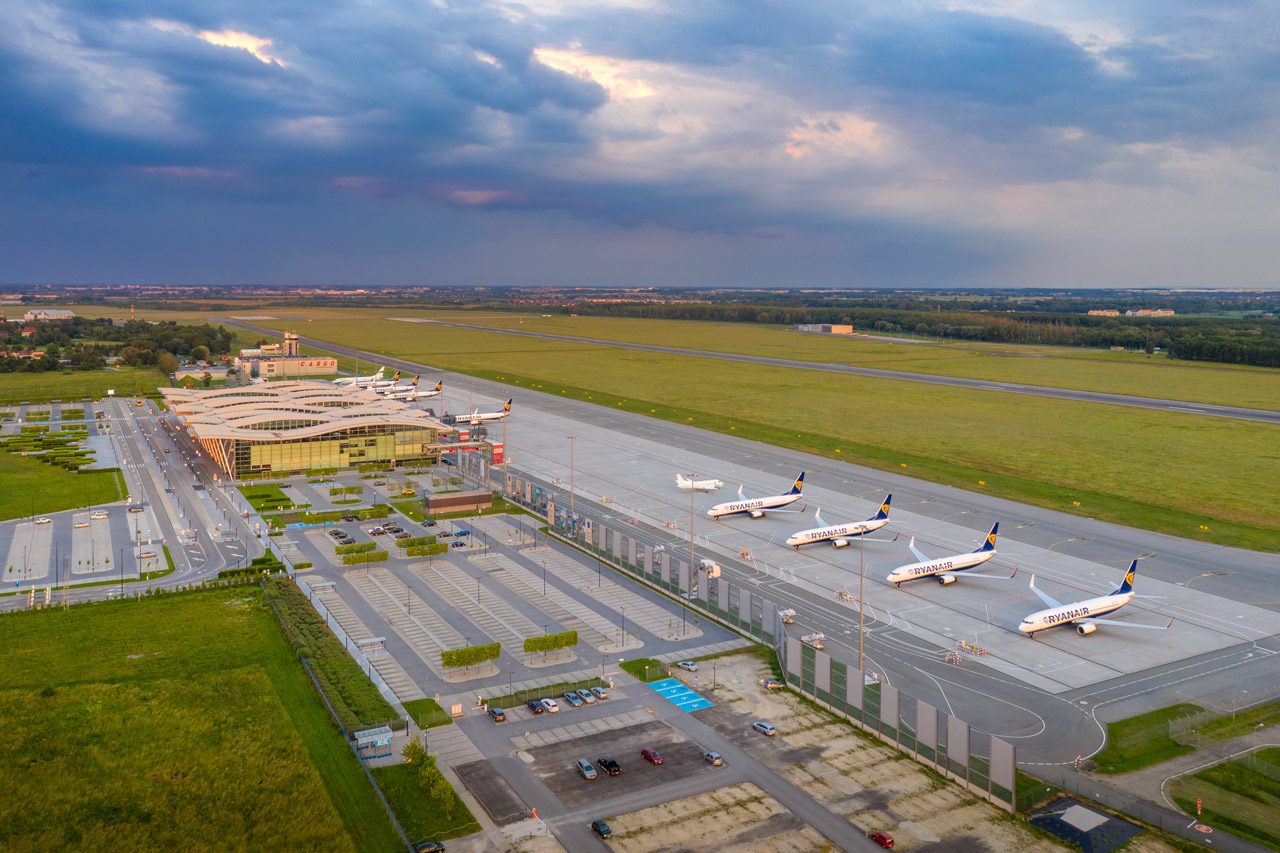 Ryanair plans on hiring up to 6,000 cabin crew, engineers and pilots over the next five years. (Ryanair)

Ryanair plans to add up to 6,000 new employees to its global workforce within the next five years to support a massive Boeing 737 MAX fleet expansion, according to comments made by the airline's executive team during a Jan. 31 earnings call.

Despite posting a net loss of €96 million for their third quarter fiscal year, Ryanair CEO Michael O'Leary has a positive outlook for growth for the Dublin-based carrier that announced 720 new routes and 15 new bases over the last year and will need to train and hire new engineers, pilots and cabin crew to support its planned fleet growth. By 2026, Ryanair expects to grow its flight operations from a pre-COVID average of 149 million passengers annually to more than 225 million per year by 2026.

"We'll create 6,000 new jobs over the next five years, we're investing heavily in new people and training, we've opened a €50 million Dublin aviation training center, four full motion simulators, two fix-based simulators, cabin crew training facilities and we expect to open two more of those. One somewhere in the Iberian Peninsula and one in central to eastern Europe within the next two or three years," O'Leary said in a video statement released by Ryanair. "We're committed over the next five years to training and recruiting thousands of very high skilled, highly paid aviation professionals."

The start of the hiring and training expansion for Ryanair began back in September, when the airline announced the opening of its aviation training center located near Dublin Airport. Airline Flight Academy, a Dublin-based flight school, is the airline's exclusive training partner for the new facility.

Most of the training efforts for the new facility will go toward training engineers, pilots, and cabin crew to operate the Boeing 737-8200 "Gamechanger" aircraft that Ryanair is adding to its fleet. In December 2020, Ryanair increased its firm order for the 737-8200 from 135 to 210 firm orders.

"We're going to grow strongly over the next five years, we'll grow to about 620 aircraft in the fleet and with that, we'll see about 6,000 jobs created—high paying jobs, high skilled jobs for pilots, cabin crew, and engineers. We've already started the process of building out our training infrastructure," Neil Sorahan, CFO of Ryanair, said during a question and answer session with analysts.

While both O'Leary and Sorahan admitted that the rise in the number of Europeans contracting the Omicron variant caused a noticeable setback in passenger demand and the number of flights completed during their third quarter, the hiring outlook is a massive turnaround from where the airline was at the beginning of the global pandemic. In May 2020, after a historic drop-off in the number of flights being operated, Ryanair announced plans to cut 3,000 jobs—15% of its workforce—and enacted 20% pay cuts for its remaining staff.

Although O'Leary warns that another COVID-19 variant could lead to further disruptions, the 6,000 jobs being added in coming years will recoup all of the jobs it shed and add additional new staff to support its growth throughout Europe. One challenge remaining for Ryanair, though, could be the reduction in the number of non-Ryanair 737s currently being operated by European airlines, which puts a strain on the number of available engineers and pilots for the aircraft type.

O'Leary, however, does not believe that will be a concern moving forward.

"I think the job opportunities for 737 pilots across Europe in the next number of years will largely be combined to Ryanair. We have the capacity to train all our own engineers, our own pilots and our own cabin crew," O'Leary said. "But given the cost of trying to retrain the 737 pilot onto an Airbus, I think if anything, there will be a lot less turnover of pilots here in Ryanair. We will essentially be the only 737 operator here in Europe in the next couple of years."

Ryanair currently has 1,000 total 737 pilots in training, and currently has the capacity to train up to a thousand pilots per year. That number will increase once the airline adds two additional aviation training centers, bringing the total number they operate in Europe to seven.