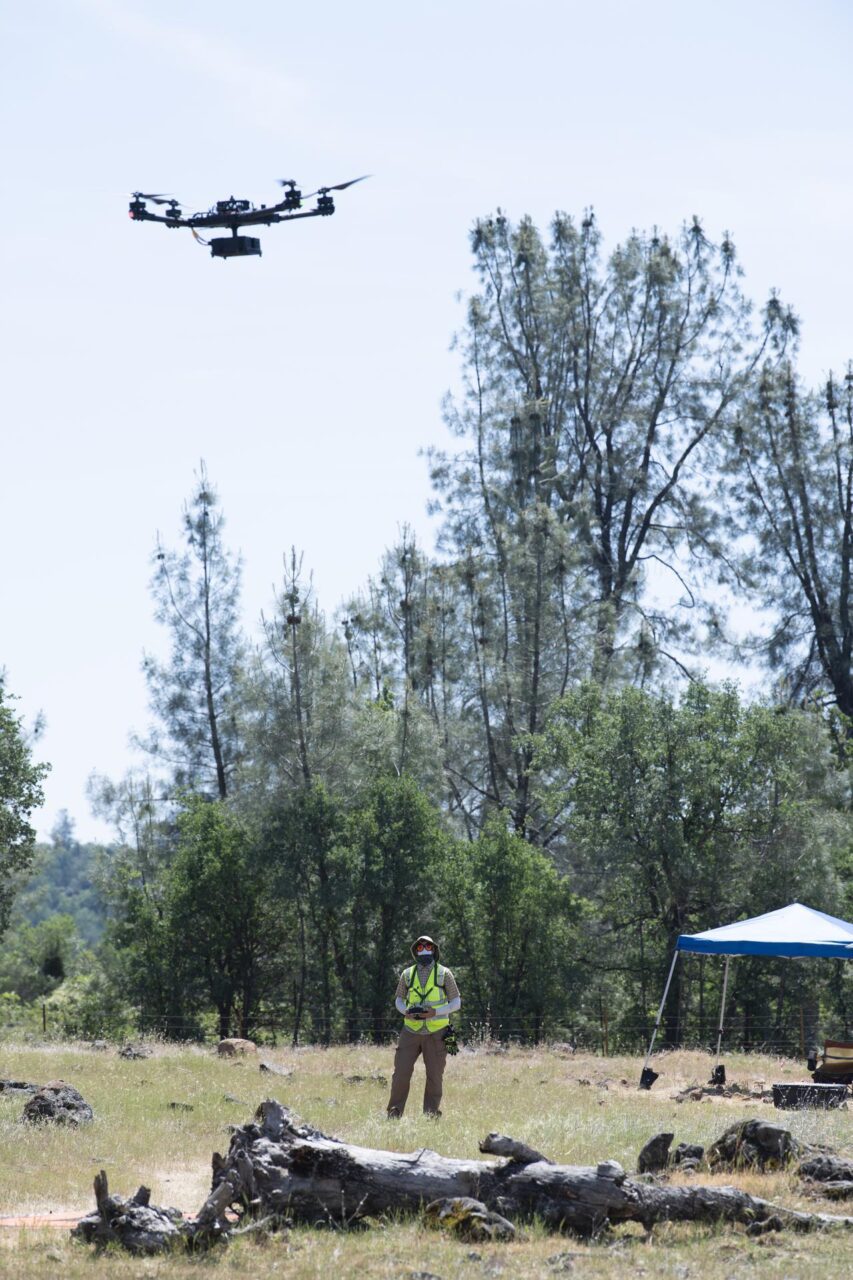 A live webcast hosted by the Science and Technology Innovation Program (STIP) this week covered regulatory efforts to integrate commercial drones into the existing European and U.S. airspace systems. Discussion centered around educating members of the public without a background in aviation to ensure safety in recreational drone operations, assessing risks when developing regulations, and prioritizing sustainability to increase community acceptance.

Saunders-Hodge brought up the Code of Federal Regulations (CFR) Title 14, part 107 guidelines—commonly known as the “small UAS rule”—which authorizes operation of unmanned aircraft less than 55 pounds within the visual line of sight. She explained that though it is viewed as a commercial rule, those operating drones for recreational purposes can also operate under these guidelines. Part 107, which went into effect in 2016, “did not permit small unmanned aircraft operations at night or over people without a waiver” (FederalRegister.gov). However, the amendment that went into effect in March 2021 “now permits routine operations over people and over moving vehicles, and at night under certain conditions,” according to Saunders-Hodge.

Janusz Janiszewski remarked that a regulatory framework is one of the most important components in the aviation ecosystem. “As the air navigation service provider, as the CEO of PANSA, I have to give airspace users the proper tools and systems to use the drones in a safe manner not only to fulfill the regulations in place but also to describe difficult situations in a very simple way.”

Janiszewski discussed PANSA’s UTM system for coordinating UAV flights, which had recorded 600,000 check-ins from drone users in 2021 as of the end of November. He predicted that there will be an increasing numbers of drones in urban areas in the next five years, and there is much to be done to facilitate the integration process. “We need to have the ground infrastructure which allows us to track every user in the airspace. Then, we need to have the UAV traffic management systems. We need algorithms to manage high-flown drones. With such solutions, with cooperation, with risk mitigation, we will create the whole ecosystem, integrating the drones.” Once all of this is in place, he explained, the drones will become part of our daily lives. 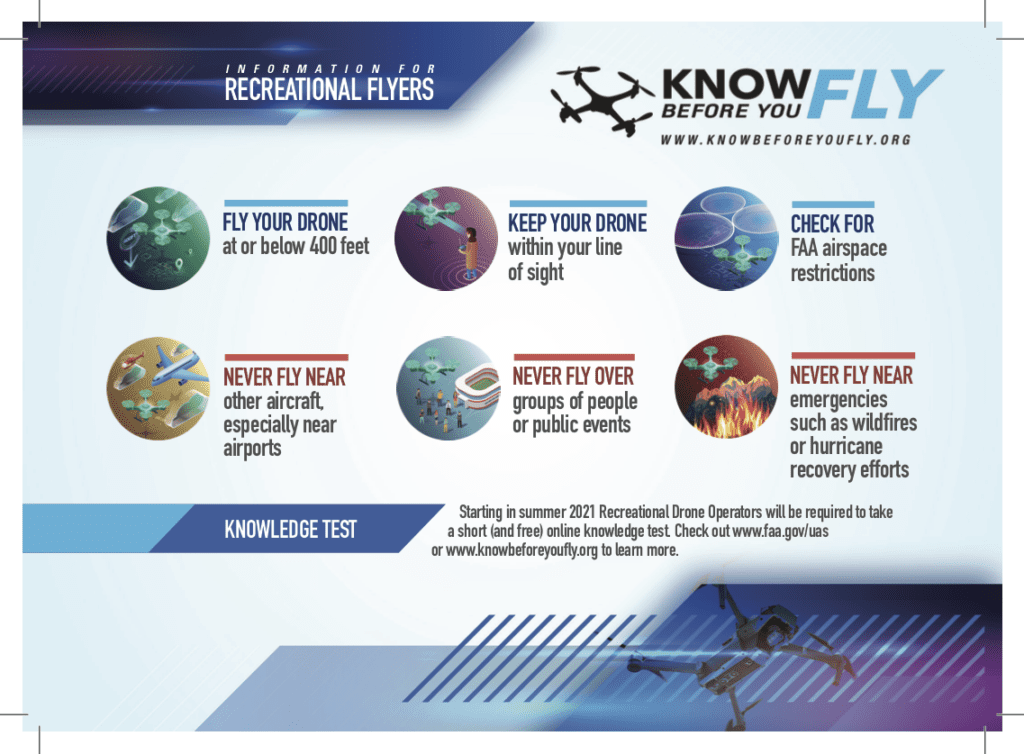 "As excitement and enthusiasm builds around drones, and the regulatory framework continues to take shape, businesses and consumers alike are looking to buy drones for commercial and personal uses. These prospective operators want to fly, and fly safely. But many don’t realize that just because you can easily and quickly buy drones, it doesn’t mean you can fly it anywhere or for any purpose." (knowbeforeyoufly.org)

“Are these things really safe?” Richard Whittle, the moderator of this webcast, asked for comments on the importance of public acceptance. “There’s a lot of public misunderstanding about how great the risks are. There have been a number of cases of hobby drone flyers getting too close to commercial aircraft. How do you assess the risk, and how are you enforcing those regulations?” asked Whittle. He also brought up a recent incident where about 200 drones performing a light show all fell out of the air; events like that can raise public concerns about the feasibility and safety of integrating unmanned aircraft into a community.

Saunders-Hodge shared her perspective regarding public acceptance, saying that it’s critical to work slowly towards full integration to ensure safety. “The FAA has successfully allowed light shows for huge public events in the U.S., like the Super Bowl. I wouldn’t want people to take [one specific incident] as an indication that drones inherently impose a large safety risk. It’s going to take incremental steps in each community to really start weighing out the benefits for the introduction of drone use in their areas.”

In discussing safe operation of drones, which are increasingly available to the public both online and in stores, Saunders-Hodge said that it was important to consider how to educate those without an aviation background. The FAA organized an educational campaign called “Know Before You Fly” in partnership with the Academy of Model Aeronautics, the Association for Unmanned Vehicle Systems International, and the Consumer Technology Association. The campaign provides resources and guidance for those interested in purchasing and operating drones in order to fly them safely and responsibly.

Maria Algar Ruiz explained the regulatory framework for UAS in the EU. For operating drones beyond the visual line of sight, flying above 150 meters, or operating with a weight exceeding 25 kilograms, authorization by the national aviation authority of the relevant airspace is required in addition to a risk assessment for the specific operating category. “As soon as the risk in the specific category increases,” Ruiz explains, for medium- to high-risk cases, “the local authority may request a design verification—an assessment of certain aspect of the drone such as the flight termination system.” The design verification is performed by EASA, who will issue a design verification report. For scenarios with much higher risk, this report is no longer sufficient, and a type certificate may be required.

Whittle posed the question, “Who is studying the environmental impact of drones on birds? And is anyone evaluating the positive side—[that] using electric drones rather than gas-powered trucks might cut carbon pollution?” The European Commission is working on a Drone Strategy 2.0 “for a smart and sustainable unmanned aircraft eco-system in Europe,” according to EASA’s website. Ruiz stated that ongoing research is being performed to evaluate and establish requirements for noise levels to minimize disturbances. Although there are concerns from the public about the impact to wildlife, there are also many instances “where the use of drones has proved to be extremely beneficial for society,” such as catastrophe management, explained Ruiz. “Those cases have shown to society that drones are there to help them, and [the public is] accepting that.” 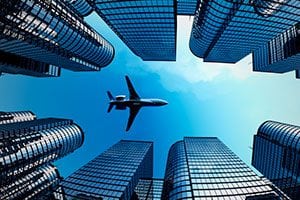 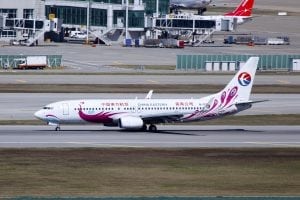