Check out the Aug. 15 edition of What's Trending in Aerospace, where editors and contributors for Avionics International bring you some of the latest headlines and updates happening across the global aerospace industry.

“For the first time in JetBlue’s 21-year history we are crossing the North Atlantic and competing in one of the busiest travel markets in the world, well-positioned to introduce our award-winning service and low fares to a new global audience that is ready for a fresh choice in transatlantic flying,” Robin Hayes, chief executive officer, JetBlue said in an Aug. 12 press release. “With JetBlue now connecting New York and London, travelers finally have the ability to enjoy low fares while also experiencing superior service. As the U.K. opens to travelers coming from America, our flights are well timed to meet the pent up demand for travel between our two countries. We look forward to welcoming U.K. travelers to the U.S. soon and launching service between Boston and London next year.” 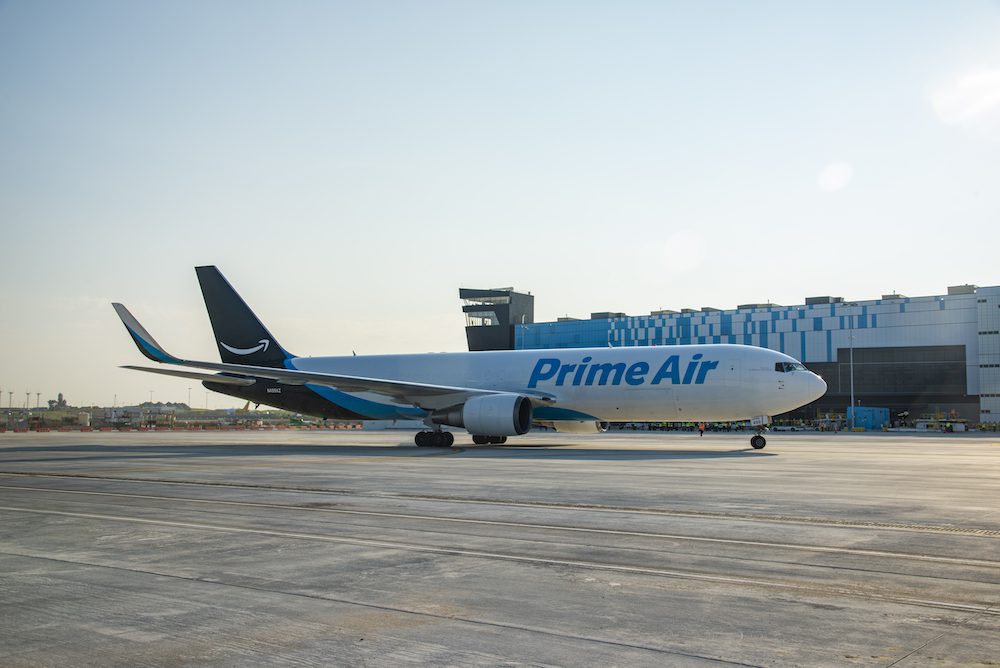 After more than four years of planning and construction, the Amazon Air Hub will serve as the central hub for Amazon Air’s U.S. cargo network, according to an Aug. 11 press release.

“Wonderful communities and diverse teams like this are the heart and soul of our operations,” Vice President of Amazon Global Air Sarah Rhoads said in the release. “We’re excited to get rolling in Northern Kentucky, and we’re thrilled to employ thousands of fantastic people from the area in this next-generation, highly sophisticated facility that will connect our air cargo network for years to come.”

The 800,000-square-foot sortation building sits on an over 600-acre campus that features seven buildings, a new ramp for aircraft parking, and a multi-story vehicle parking structure. The sortation facility is equipped with the innovative use of robotics technology that helps move and sort packages—including robotic arms and mobile drive units that transport packages across the building—miles of interlinked conveyors, and ergonomic workstations.

A FlightRadar screen shows the movement of the test 737 MAX aircraft on its return flight from China.

A Boeing 737 MAX aircraft performed a series of flights in China before departing the country this weekend, according to several aviation industry news sites and social media postings featuring screenshots from flight tracking applications such as FlightRadar 24.

“After only 1 day of demonstrating the  @BoeingAirplanes MAX 7 to the Chinese regulators, the aircraft is heading home again today. The first stop is Guam,” the commercial aviation news and insights website said in a tweet published to their Twitter account on Aug. 15.

The Federal Aviation Administration (FAA) will hold a virtual public information meeting on its proposal to modify the airspace over Harrisburg International Airport in Pennsylvania, according to an Aug. 12 press release. Under the proposed changes, existing flight paths would not change but the area where pilots are required to interact with FAA air traffic controllers would expand.

The airspace change is to better manage the complexity and volume of aviation activities in the area.

The meeting, which the FAA will conduct via Zoom and livestream on social media, will take place on Wednesday, August 18, from 6-8 p.m. Eastern Time.

The aircraft will be purchased by SkyWest from Embraer and delivered new from the factory. SkyWest continues to be the largest owner/operator of the Embraer E175 aircraft in the world.

SkyWest expects the 16 new E175 aircraft will replace 16 SkyWest-owned or financed CRJ900s currently under its Delta contract, with expirations ranging from the second half of 2022 to early 2023.

US Airlines Split on Vaccine Mandates for Employees

United Airlines made headlines recently by announcing it would require all employees to become vaccinated, a policy also adopted by Hawaiian Airlines and Frontier, while Alaska, American and Southwest are not, according to a Aug. 13 article published by The Los Angeles Times.

To Lower Emissions, the US Military Focuses on Increasing Aircraft Efficiency

As the commercial aviation industry increasingly shifts toward new technology to reach sustainability targets, the military is more focused on improving aircraft efficiency to increase sustainability rather than concentrating on reducing greenhouse gas emissions.

“The mission of the Air Force is to fly, fight and win in the air, in space, and in cyberspace,” Troy Warshel, principal director and chief of staff at the Air Force Operational Energy (SAF/IEN), said during a panel at AIAA’s Propulsion Energy Forum on Aug. 9. “Nowhere in that mission description do you hear anything about energy efficiency or greenhouse gas production because, quite truthfully, our mission is to kill bad guys and break their toys and that’s what our focus has to be.”

Lockheed Martin has has completed construction of an advanced manufacturing facility at its Palmdale, California, campus and headquarters to its Skunk Works division, according to an Aug. 10 press release.

The 215,000 square foot intelligent, flexible factory has digital foundations to incorporate smart manufacturing components, embrace the Internet of Things and deliver cutting edge solutions rapidly and affordably to support the United States and its allies. This is one of four transformational manufacturing facilities Lockheed Martin is opening in the U.S. this year, the company said. 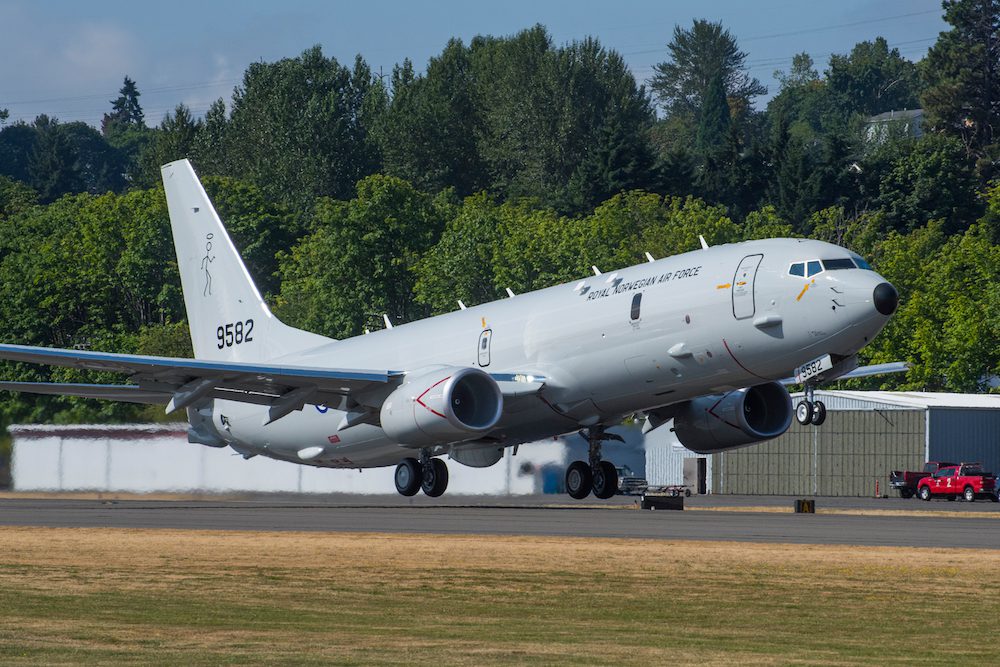 The first of five Boeing P-8A Poseidon aircraft for Norway performed its maiden flight on Aug. 9. The aircraft took off at 10:03 a.m. Pacific time and flew for 2 hours, 24 minutes, reaching a maximum altitude of 41,000 feet during the flight from Renton Municipal Airport to Boeing Field in Seattle, according to an Aug. 10 press release.

The first flight marks the next phase of the production cycle of this aircraft as it is moved to the Installation and Checkout facility, where mission systems will be installed and additional testing will take place before final delivery to the Norwegian Defence Materiel Agency (NDMA) later this year.

“This inaugural flight is an important milestone for Norway, and the Boeing team remains committed to delivering the P-8 fleet to the NDMA on schedule,” Christian Thomsen, P-8 Europe program manager said in the release. “The P-8 is a capability that will help Norway improve anti-submarine warfare, anti-surface warfare, intelligence, surveillance and reconnaissance, and search-and-rescue missions, in addition to fostering valuable regional collaboration and interoperability with NATO nations.”

Embraer posted its first quarterly profit earnings during the second quarter of 2021, according to earnings published by the Brazilian aircraft maker on Friday, Aug. 13.

The company attributed its second quarter success partially to a rebound in air travel, with a second quarter net income of $40.5 million, while completing deliveries of 14 commercial jets and 20 executive jets.

“Given results over the first six months of 2021 that have been better than initial expectations, and improved visibility across business segments, Embraer is issuing financial and deliveries guidance for 2021 as follows: Commercial Aviation deliveries of 45-50 aircraft, Executive Aviation deliveries of 90-95 aircraft, Consolidated revenues in the range of $4.0 to $4.5 billion, Adjusted EBIT margin of 3.0% to 4.0%, and Adjusted EBITDA margin of 8.5% to 9.5%,” Embraer said in an Aug. 13 press release.

Vista Global – the parent company of VistaJet and XO - experienced record growth during the first six months of 2021, selling over 8,000 new annual subscription hours, an increase of 67 percent over 2020 and a 41 percent increase over the same period in 2019, according to an Aug. 9 press release.

The Group’s on-demand services also performed strongly during the period, with a year-on-year growth of 67 percent across all regions, and 55 percent compared to 2019. Demand for XO Deposit Members was also up 82 percent compared to the same period in 2020.

“It has been an exceptional start to 2021 for Vista and we are making groundbreaking progress in all corners of the world in enhancing our position as the global pioneer within the business aviation industry," Thomas Flohr, Vista’s Founder and Chairman said in the release. "Vista has seen a record first half of the year across all metrics and is seeing huge demand for our subscription and On-Demand based offerings. The surge in demand demonstrates how private aviation is the critical mobility solution, as sudden local restrictions continue to cause uncertainty for commercial fliers.” 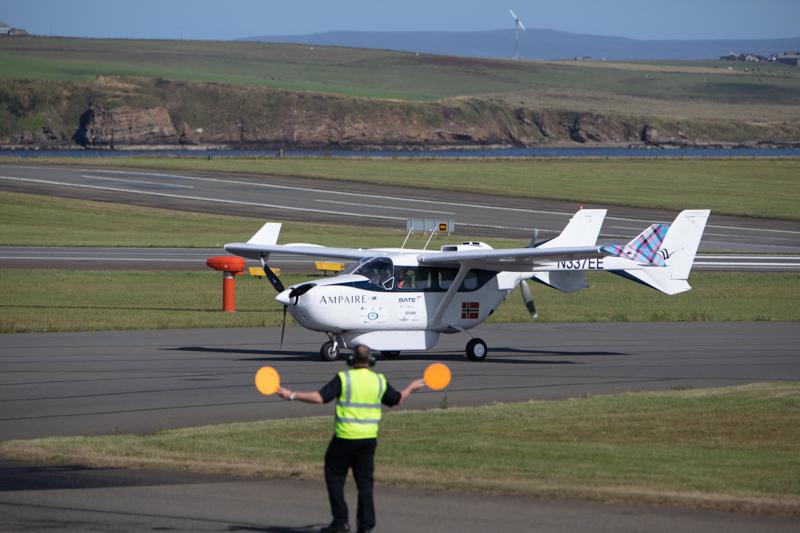 The trials, the first to operate on a viable regional airline route, are part of the Sustainable Aviation Test Environment (SATE) project, which is being led by Highlands and Islands Airports (HIAL). Funded by UK Research and Innovation (UKRI) through the Industrial Strategy Challenge Fund, SATE is based at Kirkwall Airport in Orkney, which is also home to the UK's first operationally based low-carbon aviation test center.

"Today's flight to Wick went without a hitch, flying at 3500 feet and 120 miles per hour. The Electric EEL is easy to fly, flying a total of 5  hours here.  This EEL model, Ampaire's second aircraft, has been flying for over a year, demonstrating the reliability and economy, as well as the potential to transform regional aviation,” Ampaire test pilot Justin Gillen said in a statement. 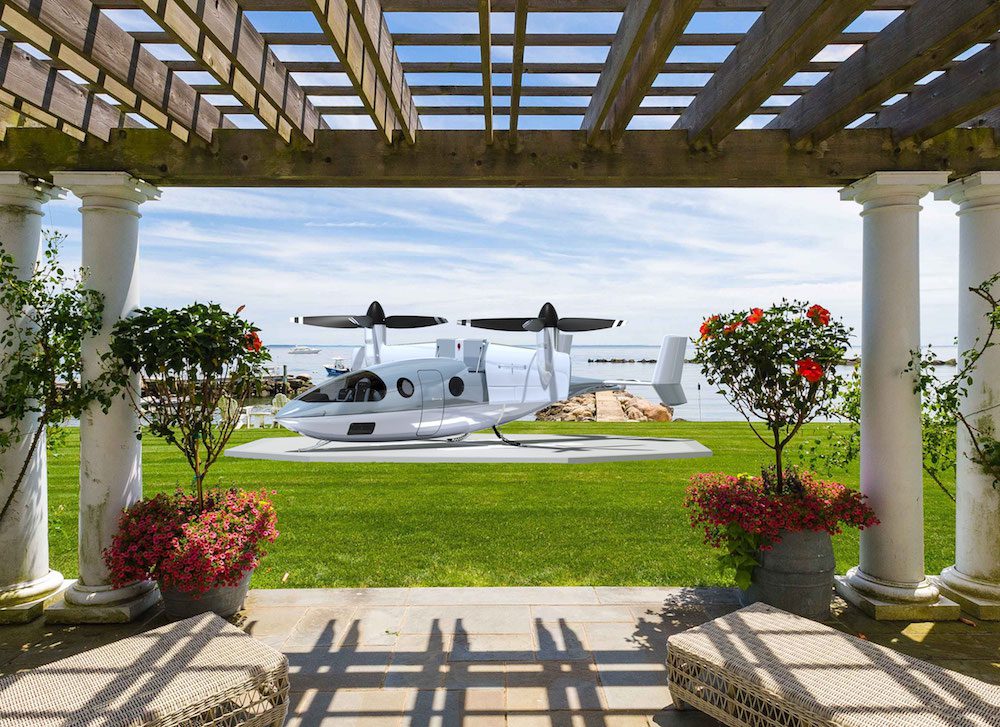 The turbine-powered Vy 400 travels is being developed to fly at cruising speeds of over 400 miles per hour, with an expected range of 450 miles. Kaman will build the aircraft at its facility in Jacksonville, Florida. Transcend has plans to certify the Vy 400 by 2025 with a propulsion system based on a 2,500-shp GE Aviation CT7-8 turboprop engine.

“Because of the Vy’s high speed, we can complete many more passenger trips per aircraft. The combination of that with VTOL is key to our revolutionary economics, and Kaman will be key to us scaling up production to meet the huge demand that our mass market fares will drive.” 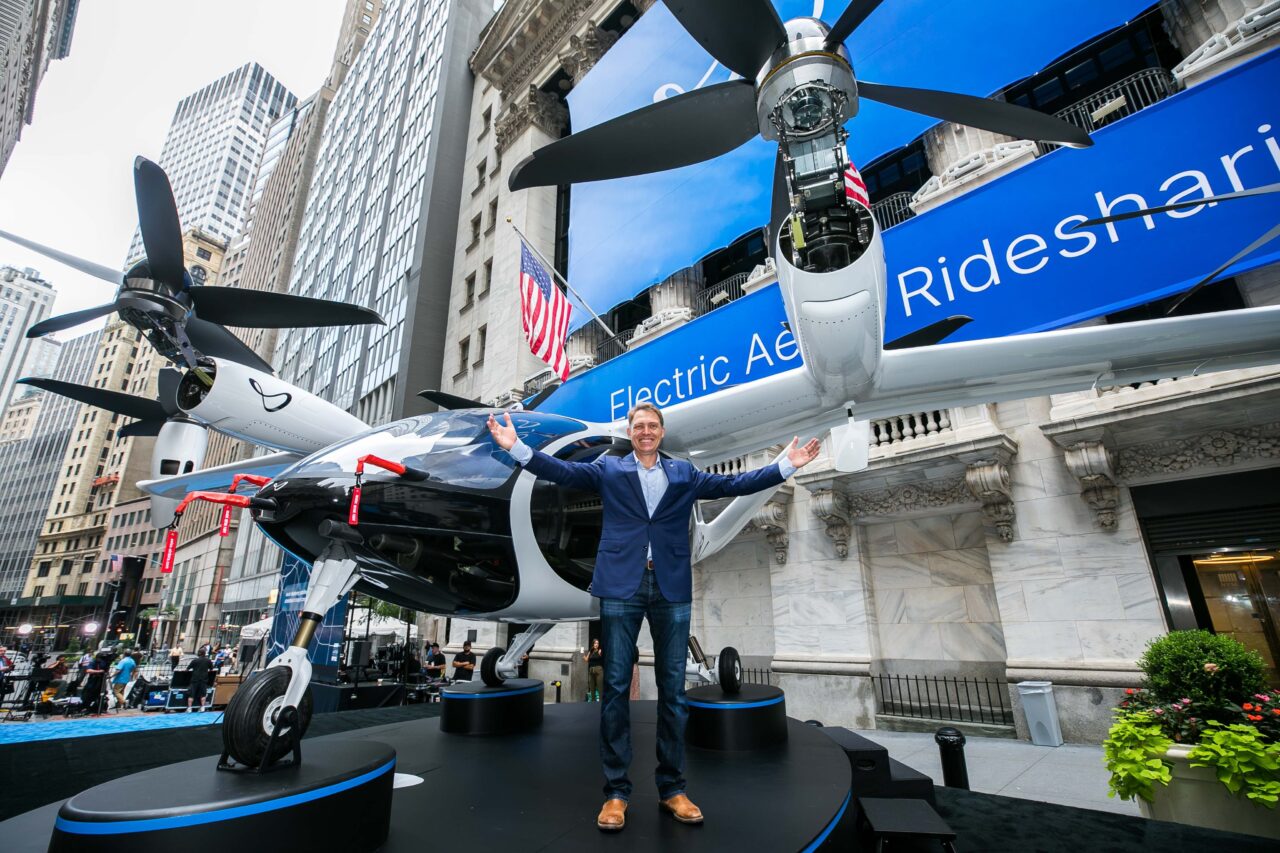 The electric air taxi company Joby Aviation completed a merger with Reinvent Technology Partners (RTP) on Aug. 10 making it the first publicly traded electric vertical takeoff and landing (eVTOL) company on the market. The company had $1.6 billion cash on its balance sheet as of March 31 and this transaction values Joby at $4.5 billion enterprise value.

Joby will begin trading on the New York Stock Exchange on Aug. 11 under JOBY for common stock and JOBY WS for warrants, according to an Aug. 10 release from the company. The company also showcased its aircraft to the public for the first time in New York.

“Aviation connects the world in critically important ways but today it does that at the expense of our planet,” JoeBen Bevirt, founder and CEO at Joby, said in a statement. “By taking Joby public we have the opportunity to drive a renaissance in aviation, making emissions-free flight a part of everyday life. This is our generation’s moonshot moment, and at Joby we’re proud to be leaning in.” 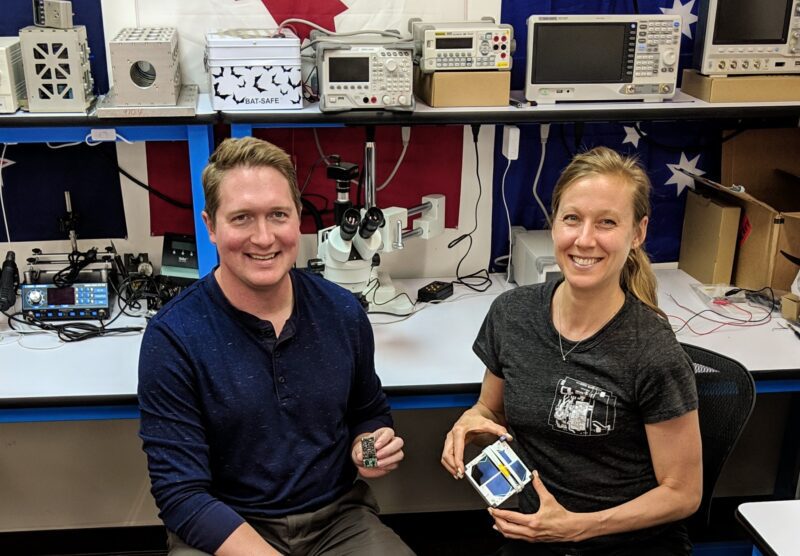 SpaceX is in the process of making its first acquisition of a satellite company. According to FCC filings from August 6, SpaceX has reached an agreement to buy satellite Internet of Things (IoT) startup Swarm Technologies.

The two companies have requested the FCC transfer Swarm’s Earth and space station licenses to SpaceX as Swarm will become a direct, wholly-owned subsidiary of SpaceX. The companies entered into an agreement on July 16. Financial details of the acquisition were not disclosed. 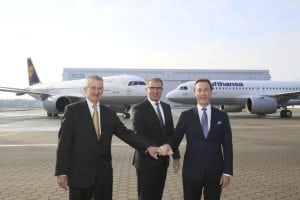 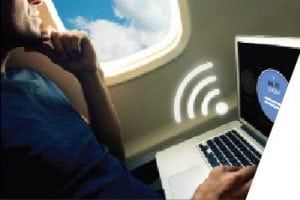