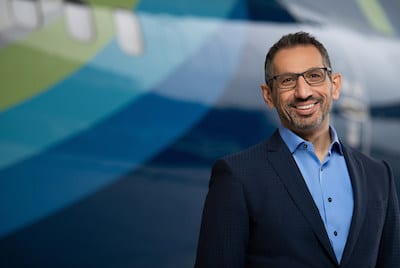 Airlines have set ambitious emissions goals leaving the industry and its customers wondering how exactly they plan on making these statements a reality. Alaska Air Group GEO Ben Minicucci laid out a short- and long-term plan with a five-point strategy that he thinks will achieve zero emissions.

“Net-zero at 2040, it really is an aggressive goal,” Minicucci said during a June 30 Washington Post Live event. “When we discussed this with our board, one of the things they wanted to make sure is that we had a real articulate plan in terms of how to get there. So, our plan is really twofold. We have a short-term plan. We have a long-term plan. The long-term plan is 2040 It's a five-point strategy.”

Alaska Air Group has already started on this plan by renewing their fleet with the purchases of Boeing’s 737 MAX jets, Minicucci said.

“The first one is about renewing our fleet,” Minicucci said. “We have a huge Boeing order, 120 MAXs, that are replacing our older Airbus airplanes and as each one comes in, there's a 25 percent improvement by seat mile in terms of emissions. So, a new fleet is the first strategy.”

The second part of the plan involves improving efficiency across all the aspects of operations from taxiing to the runway to route planning. Alaska is partnering with Flyaway to use artificial intelligence and machine learning to reduce emissions by planning more efficient flights.

“Operational efficiency is a big one for us, a culture of efficiency,” Minicucci said. “So, this is everything; how you operate the airplane on the ground, using ground support equipment, taxiing from the gate to the runway using a single-engine taxi. One of the cool things that we just implemented using artificial intelligence and machine learning by partnering with a Silicon Valley company called Flyaway, is how you actually plan the route of an airplane from one city to another, think of it as Waze in the sky, and it's already helped us save track miles in the sky and reduce how much gas we burn which reduces emissions.”

“The third, which is a big one, is sustainable aviation fuels,” Minicucci said. “This is probably the biggest enabler to get to 2040. There is a lot of work being done with the government on a SAF blender's tax benefit and there's a lot being done with industry to increase the amount of sustainable aviation fuel. So this will be a huge one, something that we all have to work out because it will have the largest impact.”

The SAF blenders tax benefit was introduced in May and would establish a $1.50 per gallon tax credit for airlines who used SAF that reduces greenhouse gas emissions by at least 50 percent. A blend of 50 percent SAF has been approved for aircraft in service today with zero modifications to any hardware.

While SAF could have the largest impact on airline emissions, it is not currently readily available, and it is very pricy. Minicucci said SAF is currently about two to three times the cost of jet fuel. The industry will have to find ways to increase the production of SAF to make more of it available for use and lower its price.

“This is not something that's going to happen in a year or two years, but you can see in a decade, in 15-20 years, that the cost of sustainable fuels could be on par with jet fuel and this is when it makes sense,” Minicucci said. “Right now, if we were going to go purely sustainable fuels, all our profits will be wiped out. So right now, it's not possible, but setting that ambitious goal, and I think that's what industries do, they set ambitious goals, they get people to come together smart minds to figure out how to get past these constraints that are out there and get to a better place.”

Minicucci said transformative technologies like electric aircraft are also included in the plan.

Minicucci said this could even include air taxis or electric vertical takeoff and landing (eVTOL) aircraft.

“I think that technology is here, the question is does it make sense for an airline to have…Today that's not possible with the technology that's there because batteries are simply too heavy, but I think you'll see a progression of this technology from a handful of seats and then to maybe over 10 to 20 to 30 to 40 to 50 over the next 5, 10, 15, 20 years as the technology improves…There's just a lot of smart minds out there working on this and we just need a breakthrough in terms of the weight and the energy of batteries versus jet fuel,” Minicucci said.

The last strategy of the long-term plan is really there in case the other four strategies don’t work out, Minicucci said.

“The fifth piece of our strategy is carbon offsets,” Minicucci said. This is something we would use as a last resort, but there's some interesting technology on carbon offsets like carbon sequestration that we got to get smarter about.”

Alaska has also set short-term goals and is getting its employees involved by offering a bonus if those goals are met.

“In the meantime, I talked about a short-term goal, in the next five years we want to be the most fuel-efficient airline in the country and we're getting all our employees involved. One of the things we're doing is we have a bonus program that we give out every year based on goals that we set and we have a carbon goal established for this year. For all employees of Alaska Airlines, 10 percent of our bonus is based on achieving carbon goals. So, we're putting our money where our mouth is and making sure all 22,000 employees of Alaska Air Group are involved in being part of this strategy of being net-zero by 2040.” 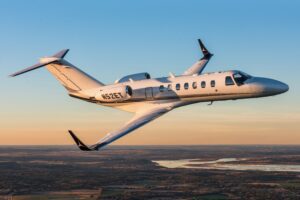 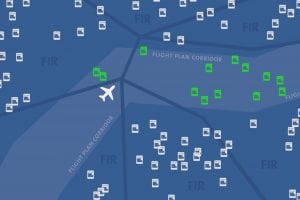