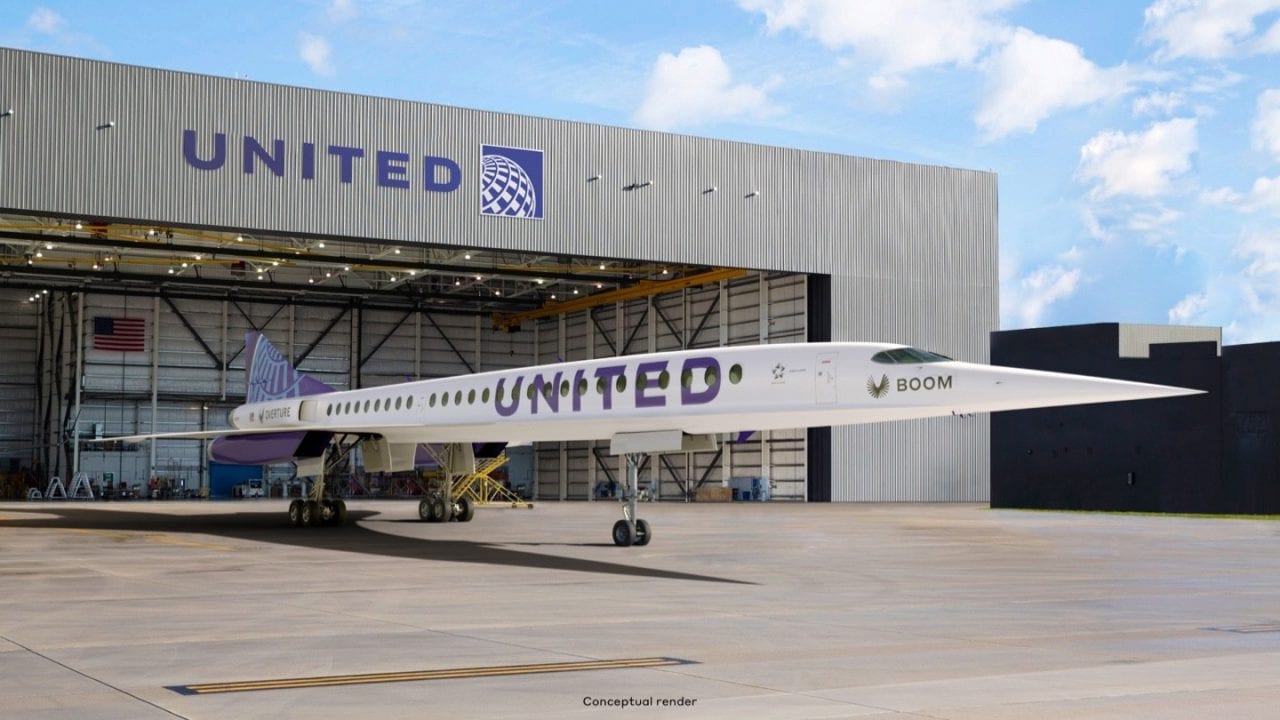 A computer rendering of what the United Airlines supersonic aircraft will look like in the future. (Boom Supersonic)

United Airlines made its second major next-generation air transportation investment of the year on Thursday, committing to a purchase of 15 supersonic aircraft being developed by Denver, Colorado-based Boom Supersonic.

Boom Supersonic, which first revealed plans about the supersonic demonstrator aircraft it was building back in 2016, will supply its Overture supersonic airliner under the agreement with United—which includes an option for another 35 aircraft. The supersonic purchase agreement comes several months after United made another major investment in future aircraft technology through a partnership with Archer Aviation for its electric vertical take-off and landing (eVTOL) aircraft.

According to a June 3 press release, Boom is projecting a 2025 rollout for Overture, followed by a first flight in 2026 and entry into service with passenger-carrying operations to begin in 2029.

“United continues on its trajectory to build a more innovative, sustainable airline and today’s advancements in technology are making it more viable for that to include supersonic planes. Boom’s vision for the future of commercial aviation, combined with the industry’s most robust route network in the world, will give business and leisure travelers access to a stellar flight experience,” United CEO Scott Kirby said in the release. 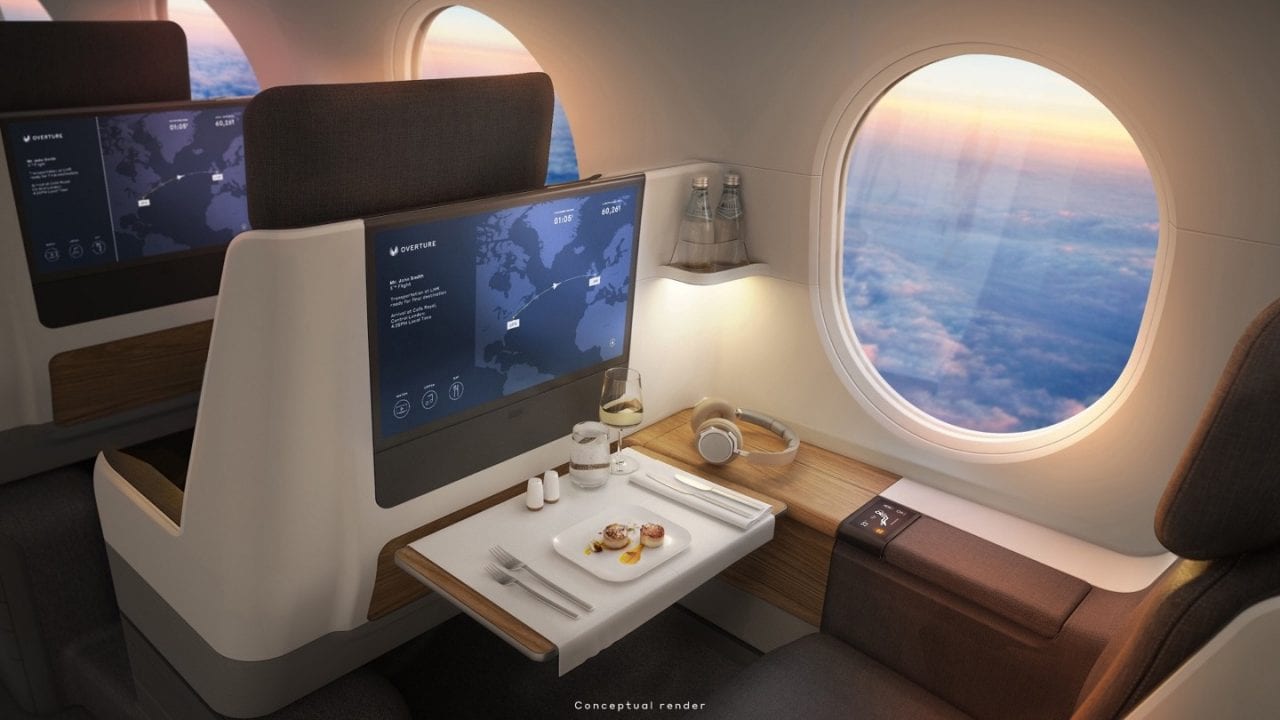 A computer rendering of what the interior cabin setup will look like on a United Airlines Overture aircraft. (Boom Supersonic)

Boom has set a $200 million price point for Overture and previously estimated market demand to be between 1,000 to 2,000 aircraft for the first-generation model. Overture is projected to be capable of traveling from New York to London in about 3 hours and 15 minutes, with round-trip flights estimated at $5,000.

The aircraft is being developed to fly at Mach 1.7—twice the speed of most in-service air transport category aircraft—with a 4,250 nm range. Overture will also be capable of flying on 100 percent sustainable aviation fuel, according to Boom Supersonic.

Boom unveiled its XB-1 supersonic demonstrator in October and expects it to make its first flight later this year. While supersonic flights over land in the U.S. are still prohibited, the new deal between Boom and United Airlines comes following the Federal Aviation Administration’s publishing of its final rules for supersonic flight testing earlier this year.

“The world’s first order of net-zero carbon supersonic aircraft marks a significant step toward our mission to create a more accessible world,” Blake Scholl, founder and CEO of Boom Supersonic said in a statement. “At speeds twice as fast, United passengers will experience all the advantages of life lived in person, from deeper, more productive business relationships to longer, more relaxing vacations to far-off destinations.”