About two percent of global greenhouse emissions come from carbon dioxide emitted from aviation and that number is expected to grow by three to four percent every year, according to the International Civil Aviation Organization (ICAO). With the global push to address climate change taking off, the aviation industry is being forced to find ways to address its environmental impact. As companies and organizations have begun research on how to tackle this issue, sustainable aviation fuels (SAF) have emerged as an early front-runner.

“Aviation has an issue, right,” Chris Cooper, VP Renewable Aviation at Neste—a Finland-based oil refining and marketing company—told Avionics International. “We create greenhouse gas emissions through combustion, and so the opportunity is to change the fuel or the energy source within an aircraft. Some people choose offsetting and offsetting in some instances, planting trees or paying for a tree to do what it's already doing, right, but the consideration that we want to share with folks is that in renewable aviation, we have an opportunity to exchange an energy source that is sustainable.”

The benefit of SAF is that it has lower greenhouse gas emissions than traditional fuel.

“SAF provides a benefit when it has lower GHG emissions across its lifecycle than fossil jet fuel,” Piris-Cabezas said. “But SAF is not carbon neutral as is often reported, and the emissions reductions vary depending on the SAF as well. Because SAFs burn more cleanly than fossil fuels, high-integrity SAFs can, in principle, deliver local health benefits to communities by helping cut air pollution around airports. This may also help reduce the non-CO2 effects that occur when fuel is combusted and releases NOx gases, water vapor and soot (black carbon, organic compounds, sulfur and nitrogen) causing a warming effect known as radiative forcing.”

It is important to consider the feedstock or where the SAF is derived from when deciding if the fuel is truly sustainable, Kim Carnahan, former U.S. chief climate change negotiator and current director of disruption technologies at ENGIE Impact, the New York-based energy and sustainability management company, told Avionics International.

“There are different feedstocks, the base product, as well as different ways to turn those feedstocks into the fuel that can then be a drop in into the airplane,” Carnahan said. “Depending upon the feedstock, not so much the pathway or the process, but more of the feedstock, it can have a better or worse environmental impact.”

“Our SAF is produced from sustainable feedstock waste residue such as used cooking oil and animal fat, and then actually goes through a very, very involved process of getting it processed and certified,” Chandhoke said. “Generally, it's very similar to jet fuel processing. This same kind of technology; it's hydroprocessing, removing the oxygen component then further processing it to hydrocarbons. So very similar to an oil refinery. The only difference is that the feedstock is not from non-fossil sources.”

Chandhoke said in order to use the waste residue Neste has to go through a process called pretreatment where all the contaminants are removed.

“There’s a really key step that we do, it's called pretreatment, where we take all of this used cooking oil and animal fat, as you can imagine, the kind of contamination that can be in these in these feedstocks and removing those is really critical so that our processing units can actually process this and be able to produce a quality product which meets all specifications,” Chandhoke said. “So that's the key.”

When asking is SAF really sustainable the answer comes down to, it can be.

“SAF is sustainable when it provides significant emissions reductions across its lifecycle compared to fossil jet fuel; and does not cause direct or indirect negative effects on ecosystems and communities,” Piris-Cabezas said. “Not all alternative fuels are created equal. Some make environmental problems worse. Deploying SAF in the absence of a robust accounting and sustainability framework could negate the entire climate benefits and even increase emissions several-fold compared to fossil fuels. Accurate accounting and certification of sustainability must therefore undergird SAF deployment.”

To make sure SAF is sustainable there are certification schemes and criteria that SAF has to meet.

“There are certification schemes that are out there that have a set of sustainability criteria and the criteria are relatively high level and then the sort of certification schemes, then elaborate on that criteria in a very detailed way,” Carnahan said. “So, it's not just saying you have to make sure that you do not pollute groundwater, to like the details of how you prove that you're not polluting groundwater that kind of thing.”

The certification of SAF takes a lifecycle assessment approach requiring that all emissions on the supply chain are accounted for, Piris-Cabezas said.

ICAO’s Committee on Aviation Environmental Protection (CAEP) submitted a set of sustainability criteria to its council, which consists of 36 elected members from 193 member states, in 2017 and was partially adopted. ICAO’s emissions reduction program, the Carbon Offsetting and Reduction Scheme for International Aviation (CORSIA) also includes a SAF framework. Together this criteria and framework would make sure SAF is sustainable.

“These guys have standards for how they evaluate each of those sustainability criteria, the processes that they could go through, and the top kind of their requirements to like redo those processes regularly so they don't just certify a producer once they do it annually to make sure that they're continuing to uphold the requirements that they previously met,” Carnahan said. “So that's how we prove that the SAF is actually sustainable, that's a big part of it is that certification process and then another big part of it is each different group will decide for itself what percentage of emission reductions, they kind of require to get their support.”

ICAO currently has a reduction threshold of 10 percent when compared to fossil fuels, however, most SAF in the market is closer to 70 or 80 percent, Carnahan said.

What SAF makers are learning from battery technology.

When electric cars first came on the market it seemed like the automobile industry had found a solution to its climate change problems. However, reporting soon surfaced about the environmental drawbacks to creating these batteries which in turn made greenhouse gas emissions and lowered their sustainability prospects.

The aviation industry is learning from this experience.

“This industry has learned from past attempts to have a positive environmental impact and has seen that you have to be very careful about unintended negative consequences,” Carnahan said. “So, we've learned, and are continuing to learn, those lessons and are being very careful when developing approaches to these new kinds of environmentally friendly commodities that where we have an eye, not just on the prize of decarbonizing aviation, but also on any potential negative impacts of this alternative.”

One commodity the industry is already deciding to stay clear of is palm oil. The concerns over palm oils' association with deforestation and destruction of native lands extend further than just the aviation industry, however, the industry is taking a stand to make sure that SAF associated with palm oil cannot be certified as sustainable.

The use of palm oil is an example of a direct source that is unsustainable. The industry is also looking at indirect causes of environmental harm that could occur in the production of SAF that would not be considered sustainable, Carnahan said.

“If you're disrupting forests and native habitats on purpose or accidentally, you shouldn't qualify,” Carnahan said. “And so that's one thing we're really focusing on now.”

Furthermore, if an economically valuable feedstock is used for SAF making it unavailable for another market that will have to find a less environmentally friendly alternative, the SAF can also not be considered sustainable, Carnahan said.

“We're really chasing it down the value chain to make sure that this fuel is actually sustainable,” Carnahan said.

Why is SAF the front runner for cutting aviation emissions?

A big reason SAF is seen as a front runner for reducing emissions in aircraft is because it can be used in today’s aircraft without modifications, however, to do this, current standards require it to be mixed with traditional jet fuel.

“Right now, SAF must be blended with fossil jet fuel for use in an aircraft,” Piris-Cabezas said. “The current maximum blend ratio of SAF to conventional jet fuel which has been approved by ASTM [the American Society for Testing and Materials] International is 50 percent, although airlines hope to quickly increase the blend ratio to 100 percent in the future. Once blended, SAF has the same characteristics as fossil jet fuel.”

The reason it has to be mixed is because SAF does not have the same properties as jet fuel and therefore acts differently in aircraft.

The aromatics of jet fuel are important because they react a certain way in the seals within the aircraft making them swell, Chandhoke said. This does not happen with SAF.

However, these requirements are set to make sure that all eligible in-service aircraft are able to use the fuel.

Some aircraft manufacturers have already committed to making their aircraft capable of flying on 100 percent SAF. In January, Boeing announced that it would commit to having all commercial airplanes capable of using 100 percent SAF by 2030.

Where does SAF go from here?

The guidance from regulatory bodies requiring aircraft to use a 50 percent blend of SAF and traditional jet fuel is also necessary because of the supply of SAF.

“Part of the reason it's only 50 percent now is that we have so little SAF in the market that there's no chance of getting higher than 50, on average, that's not going to happen,” Carnahan said. “Globally it's less than point one percent, is what the mix of SAF is, so it takes time and it takes money to get these things certified and so far no one has gone through the process to certify staff for anything above 50 percent.”

One way to increase the demand and usage for SAF within the aviation industry could involve policy support from governments. U.S. legislators recently introduced the Sustainable Skies Act which would establish a blender’s tax credit for using SAF that reduces greenhouse gas emissions by at least 50 percent.

“The SAF blenders tax credit was introduced in Congress,” Carnahan said. “I think it has a very good chance of passing. It's pretty generous, and so it could have a significant, and it's only in the U.S., but it's it could have a very significant impact on airlines' willingness to pay the premium and bring SAF into their fuel supply in a significant amount.”

The other side of this would involve government mandates, similar to what is happening in Europe, which would require SAF usage, Carnahan said.

The deployment of SAF has also been slowed the issues with technology, Piris-Cabezas said.

“Eight production pathways have been approved for blending with fossil jet fuel and of those eight, only one is technically mature and commercialized,” Piris-Cabezas said.

The push to use SAF could also come from outside the aviation industry. Carnahan said organizations like the Sustainable Aviation Buyers Alliance could get more operators involved in the purchasing of SAF. The Sustainable Aviation Buyers Alliance is a joint initiative with companies like Netflix, Microsoft, Salesforce and others who want to support investments in SAF.

“I think it's a critical piece of the puzzle to driving decarbonization in the aviation sector is getting customers involved because customers, rather than having to look at their entire budget and seeing okay fuel represents X percent of my entire budget, they just have to look at one flight,” Carnahan said. “So if they can see that paying for SAF…only increases their travel spend by 6 percent, for example, they might be willing to do that.” 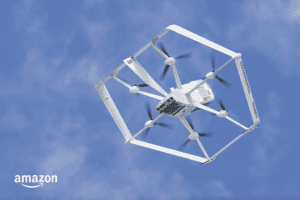 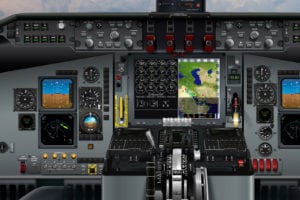 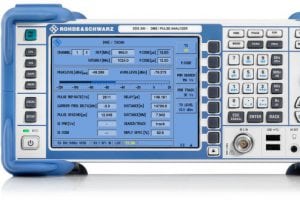