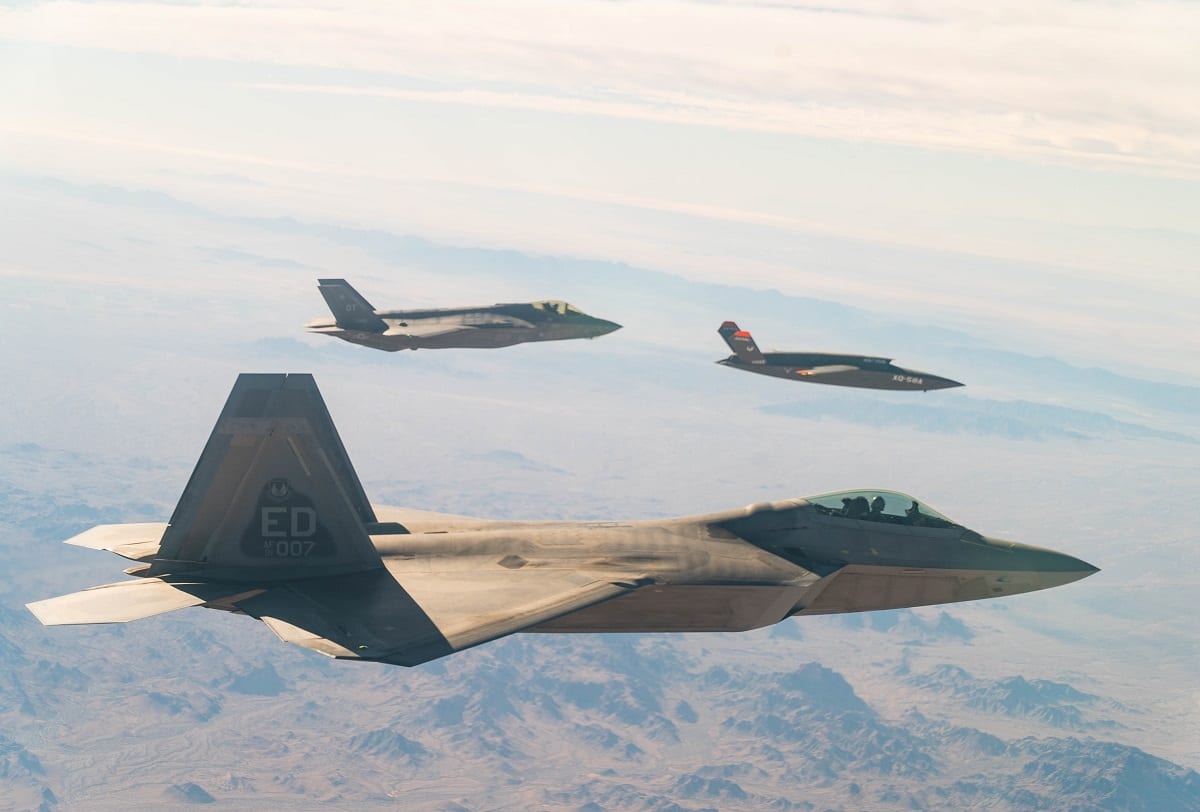 A U.S. Air Force F-22 Raptor and F-35A Lightning II fly in formation with the XQ-58A Valkyrie low-cost unmanned aerial vehicle over the U.S. Army Yuma Proving Ground testing range, Ariz., during a series of tests Dec. 9, 2020. This integrated test follows a series of gatewayONE ground tests that began during the inaugural Department of the Air Force on-ramp in December, 2019. (U.S. Air Force)

“We have more tests this year,” Pringle said Feb. 4 of Skyborg during a Mitchell Institute for Aerospace Studies’ Aerospace Nation virtual forum. “We have multiple prototypes that we’ll be looking at, and we’re assessing the military utility and capabilities with our warfighter partners. We’re driving toward, Gen. White and I and our whole team, an initial capability in 2023.”

The tests will follow a demonstration on Dec. 9 in which a Skyborg XQ-58A Valkyrie attritable by Kratos flew in formation over U.S. Army Yuma Proving Ground, Ariz., with a Lockheed Martin F-22 and an F-35 fighter and served as a gatewayONE communications translator between the two fighters. 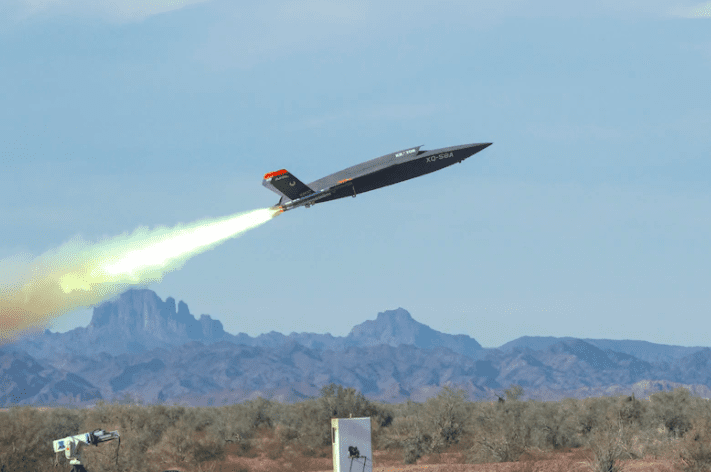 In December, the XQ-58A Valkyrie performed a series of successful test flights researching the next step toward establishing a new military Internet of Things (IoT). The test flight occurred at Yuma Proving Ground in Arizona and involved an F-22 Raptor, F-35A Lightning II, and an attritableONE XQ-58A Valkyrie. (Air Force)

Northrop Grumman builds gatewayONE, which is to link fourth and fifth generation fighters and attritables as part of the Air Force Advanced Battle Management System (ABMS).

The December demonstration, in which the Valkyrie flew in formation with the F-22 and F-35, was “the first ever opportunity to show an attritable as a force multiplier with two fifth gen aircraft,” Pringle said.

“There were a couple of challenges that we faced,” she said of the December test. “With the attritable itself, it was a rocket-assisted takeoff,” which shook the aircraft and “caused stress on the communication gateway so we weren’t able to establish it in flight with the onboard communication gateway, but we still achieved the objective because we had a backup on the ground so the connections were made, and so we still got the job done.”

In December, the Air Force awarded more than $76 million to Kratos, Boeing, and General Atomics to build Skyborg prototypes and fly them in teaming with manned aircraft.

The Air Force has said that it expects to receive the first prototypes by May for initial flight tests and to begin experimentation in July. 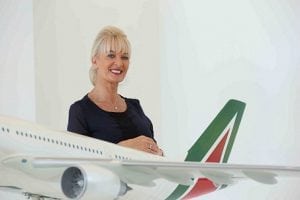 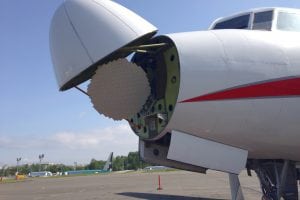