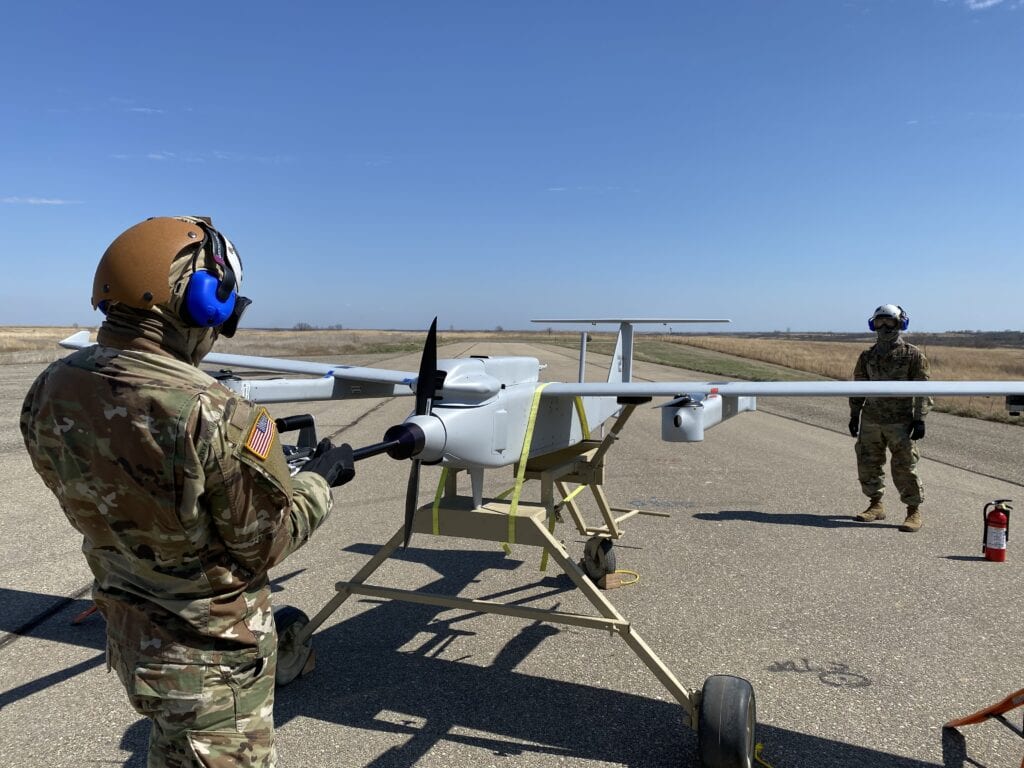 Spc. Christopher McCoy assigned to 1st Engineer Battalion, 1st Infantry Division, conducts an engine start on the JUMP 20 prior to a launch during the FTUAS capabilities assessment at Fort Riley, Kansas, April 8, 2020

The final FTUAS acquisition strategy will be released this summer, Anderson said. The FTUAS will replace the RQ-7B Shadow Block III drone and is expected to be operational in 2035 like other UAS the Army is looking to upgrade.

“We're taking a holistic look at our portfolio and modernizing that across from our largest system Gray Eagle to our control mechanisms today,” Anderson said. “It's important that we do that because it's really the first time that we've done that holistically in our UAS fleet…It looks like it entails a lot of work all at the same time and it really does, but ultimately to be able to deliver capabilities that we need to be able to fight and win in a multi-domain environment you have to do it like this, you have to multiply and you have to modify your entire portfolio.”

The FTUAS needs to be runway independent, Anderson said. This will provide Brigade Combat Teams with a more mobile reconnaissance, surveillance, and target acquisition capability. The reduced size and footprint and faster set up time will also contribute to this goal.

Other capabilities for the FTUAS concept currently include over six hours of endurance, 80-100 kilometer operational range, and the ability to be CH-47 transportable, Anderson said.

The Army has been conducting demonstrations with the Martin UAV’s V-Bat, Textron’s [TXT] AAI Corp’s Aersonde, L3Harris’ FVR-90, and Aerovironment’s Arcturus JUMP 20 to inform the Capabilities Development Documents (CDD). The final CDD will go to the Army Requirements Oversight Council (AROC) in the fourth quarter of 2021.

“The final acquisition strategy hasn't been approved yet for FTUAS so one of the things that we're contemplating is to buy smaller numbers of these systems and build them,” Anderson said. “So, I like that. I think as a PM [project manager], you want as much flexibility as you can have in delivering capability. I think the days of saying hey here's the final solution go buy all of that and build it is behind us, because, as you know, by the time that you filled the last of that capability over several years, it's almost obsolete.”

While industry is eager to receive the final acquisition strategy for FTUAS, Anderson said he has found value in demonstrating these systems through a process he calls buy, try, and inform.

“I like the idea of giving small increments out to the Army, getting feedback from soldiers, and then coming back to industry and saying, we're going to add some different capability,” Anderson said. “That allows industry to participate better and gives you more opportunity to participate and doesn't fix the Army to one single solution.”

The FTUAS will also follow Modular Open System Architecture (MOSA) standards which will allow the Army to easily upgrade UAS in the future. This will also add flexibility to future UAS and offers multiple solutions across the entire fleet.

“Now, that's a paradigm change for us in the Army,” Anderson said. “It makes people nervous because you have to sustain it and you have to maintain it. Your supply strategies got to be very smart. We have to make these things very cost efficient.” 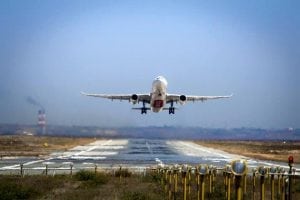