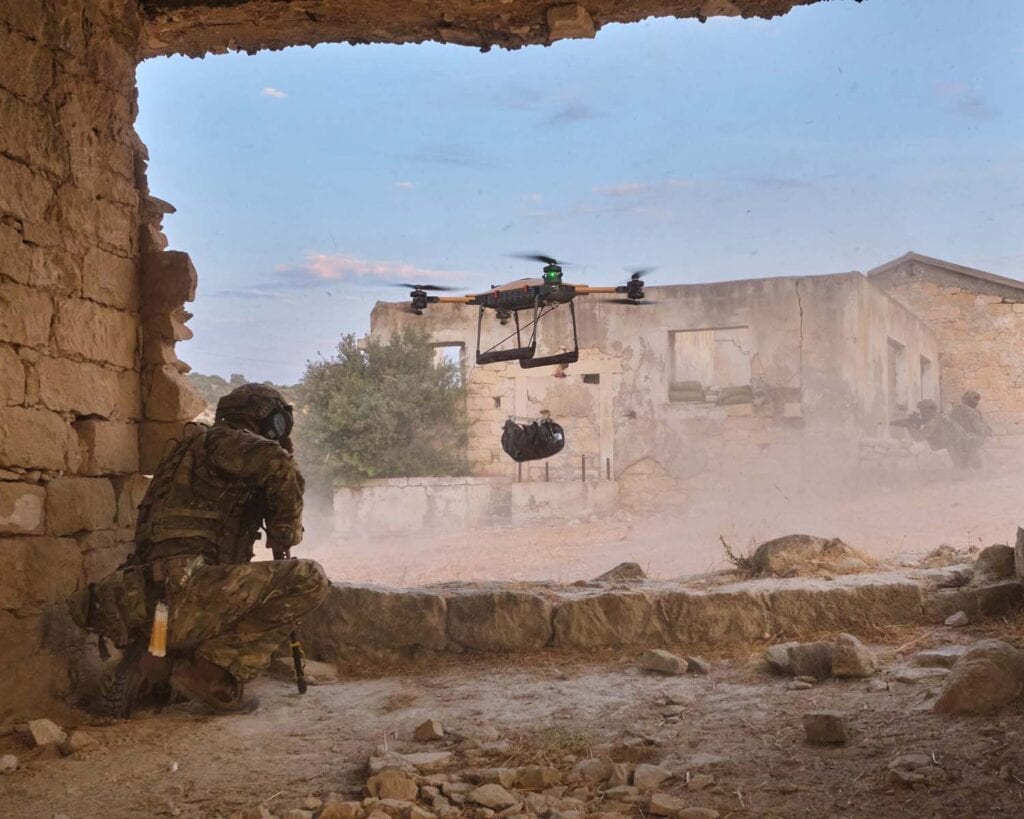 A Malloy T-150 drops a bag of supplies to a Royal Marine during the LRG(X) in Cyprus. (Royal Navy)

During the Littoral Response Group (Experimentation) (LRG(X)), the Royal Navy conducted over 40 different experiments during nine real-time exercises in Cyprus to develop the Future Navy and Future Commando Force (FCF), a modernization project that will change how Royal Marines operate in future battlefields. A key to the battlefield of tomorrow showcased in the experiments was the use of drones, autonomous systems, quad bikes, jet skis, and new communications equipment, according to an overview of the new program provided by the United Kingdom's (U.K.) Ministry of Defense.

The Royal Navy used a variety of different drones to complete tasks including delivering supplies from ship to shore and providing real-time footage to air command decisions during the LRG(X), Richard Hargreaves, a representative from the Royal Navy’s media and communications team, told Aviation Today. 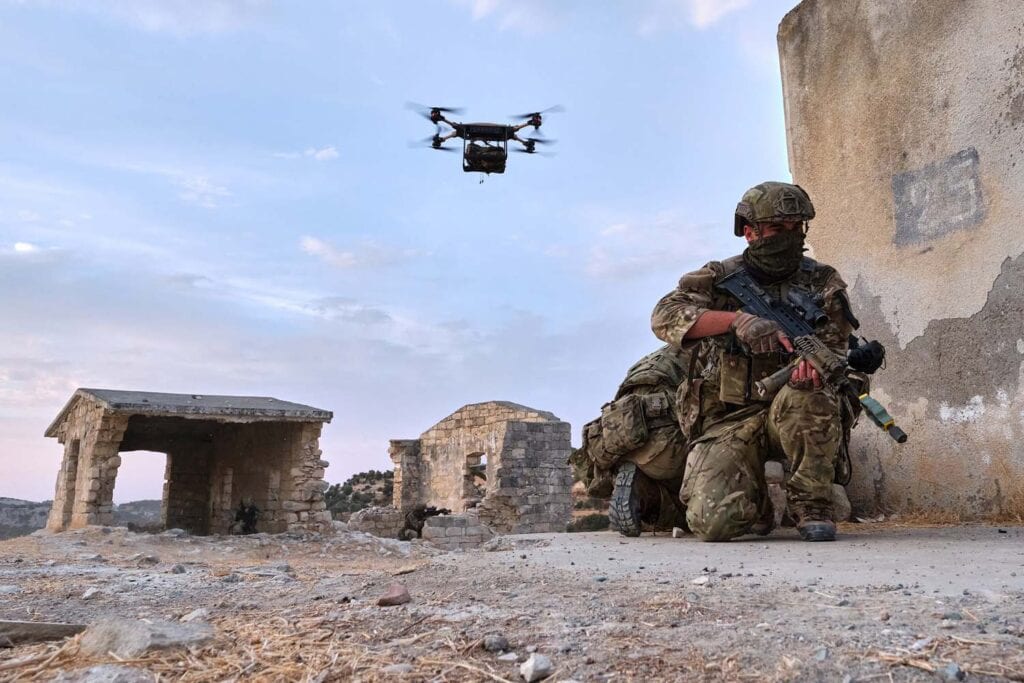 “A number of different drones were used during the Littoral Response Group (Experimentation) (LRG(X)) deployment,” Hargreaves said via email. “This included beyond line of sight airborne Intelligence, Surveillance and Reconnaissance (ISR) fixed-wing, propeller-driven drones, which can be launched from Royal Navy ships, small boats and by personnel ashore.”

The LRG(X) was not solely focused on deploying drones but integrating them with other technology. In the air, the Royal Navy used two Wildcat Battlefield Reconnaissance Helicopters (BRH), one Maritime Wildcat helicopter, RAF Bell 412 Griffin helicopters, and AW139 helicopters, according to Hargreaves.

On land, they used six-wheeled/tracked quad bikes to move commando teams around the island. To connect everything with ships at sea, the Royal Navy used all new communications equipment and small watercraft-like jet skis to support its ability to operate in a stealth environment. 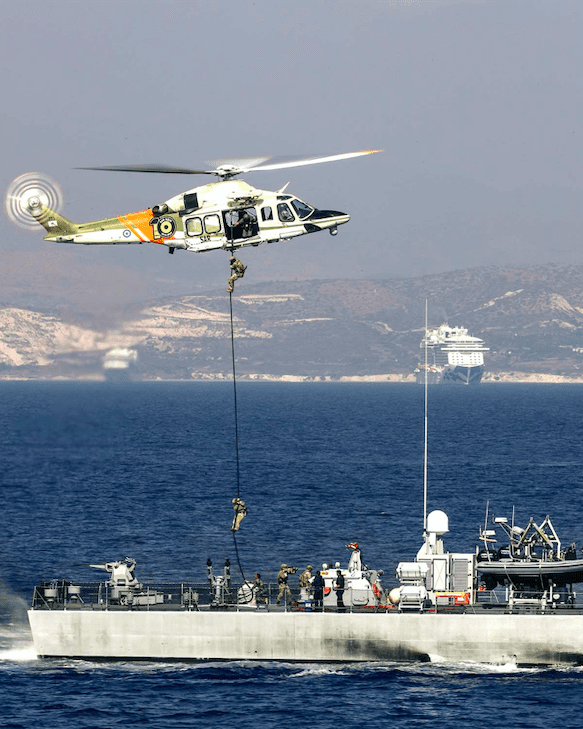 Royal Marines rapid rope on to a Cypriot Coastguard vessel from a helicopter. (Royal Navy)

“The attack was well planned and served as a confirmation that the commandos had successfully meshed the innovative technology into their set up," Sergeant Adam Sperry of 30 Commando IX Group, the Royal Marines' intelligence specialists, said in a press statement. “The marines have had to swiftly learn how to use the new equipment and integrate it. That kit has included state of the art communications technology and autonomous resupply aircraft, totally transforming the battlespace."

The Littoral Strike forces, which are on a three-month deployment to the Mediterranean and the Black Sea region, the headquarter and staff of Commodore Rob Pedre, flagship HMS Albion, destroyer HMS Dragon, and amphibious support ship RFA Lyme Bay were all used in the LRG(X), according to the UK Ministry of Defense.

The LRG(X) is the first time Royal Navy divers have worked with drones on an operational deployment. The Fleet Diving Squadron’s Expeditionary Diving Group, which consists of a team of eight divers, provides the LRG with underwater force protection and explosive ordinance disposal.

“Royal Navy Flagship HMS Albion’s hosting of the Capability Demonstration in Cyprus has been a highlight of the LRG(X) deployment,” Commodore Rob Pedre, COMLSG, said in a press statement. “The demonstration by our Sailors and Marines was superb and showcased the quality of our Armed Forces, whilst providing an insight into how the Royal Navy is integrating future technology and new concepts. The event was also an important expression of the UK’s steadfast commitment to our allies and partners, as we work together to support regional stability within the Eastern Mediterranean.” 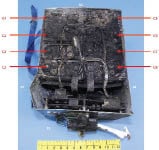