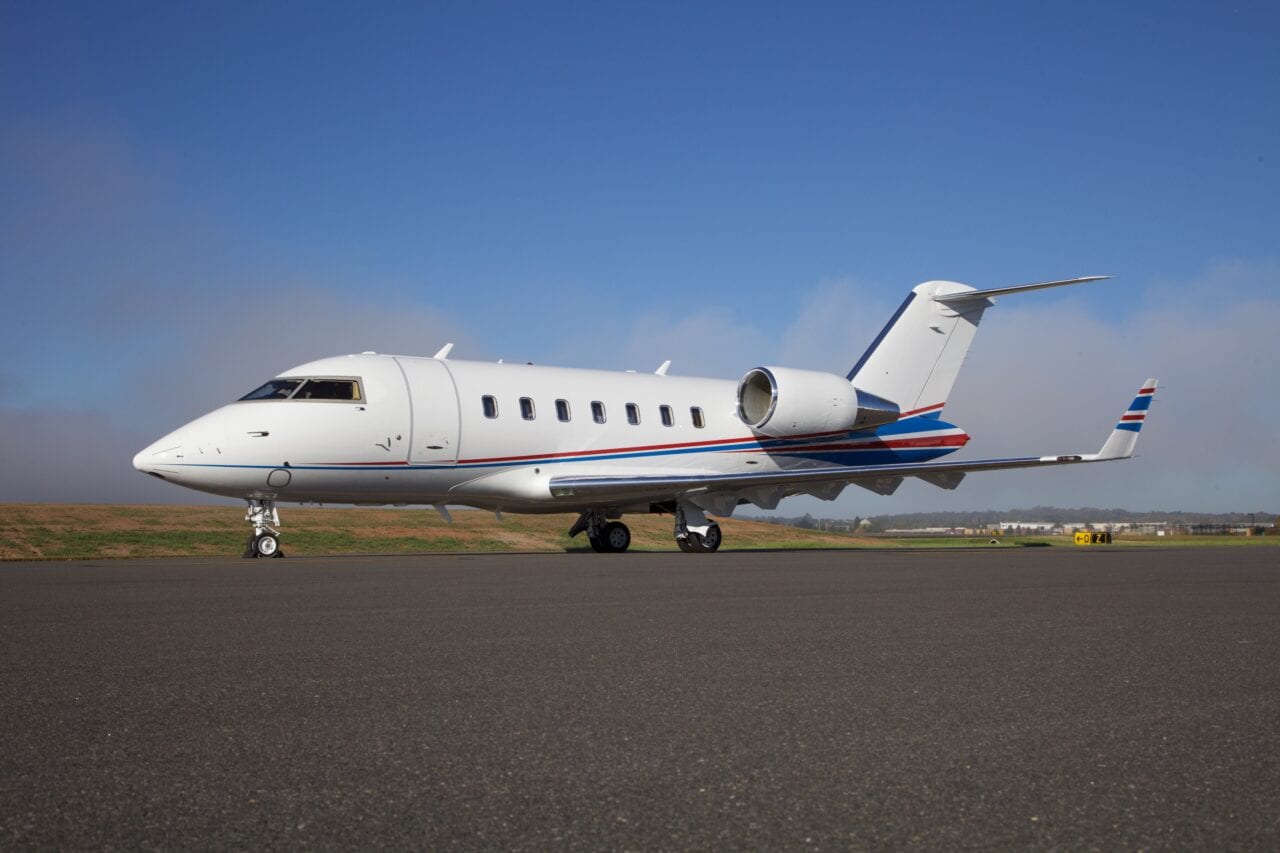 A look at the use of the FAA's Privacy ICAO address option for business and general aviation operators.

Last November, New Hampshire-based Private Jet Services (PGS) Group warned that aviation hobbyists, crowdsourced websites, and hackers were intercepting flight data using private Automatic Dependent Surveillance-Broadcast (ADS-B) receivers—available for as little as $199 from Amazon—and broadcasting the information online. The aviation consultancy said that such receivers, along with a “deeper level of positional data and a tail number,” could allow real-time flight tracking of corporate executives and other VIPs.

To allow aircraft owners to limit the availability of real-time ADS-B position and identification information, the Federal Aviation Administration (FAA) began a Privacy ICAO Address (PIA) program last December for U.S. registered aircraft equipped with 1090 MHz ADS-B and using a third-party call sign in domestic U.S. airspace. The program allows such owners to request an alternate, temporary ICAO address, which is not assigned to the owner in the Civil Aviation Registry (CAR).

Despite its promise, PIA has not seen widespread adoption so far.

“Since the Privacy ICAO Address (PIA) program launched on December 19, 2019, 74 users have enrolled,” the FAA said. “In addition to the Limiting Aircraft Data Displayed program, the PIA program provides a layer of privacy for aircraft operators who seek to anonymize their ADS-B equipped aircraft while flying in U.S. sovereign airspace.”

The agency declined to release a list of the 74 users, as PIA’s objective is “improving the privacy of aircraft operators in today's ADS-B environment by limiting the extent to which the aircraft can quickly and easily be identified by non-U.S. government entities while ensuring there is no adverse effect on ATC [air traffic control] services,” the FAA said.

As of Sept. 1, more than 132,500 U.S. aircraft were equipped with ADS-B, including 110,030 general aviation aircraft—fixed-wing, rotorcraft, light sport and experimental aircraft.

“We have equipped 100 percent of the six jets in our fleet with ADS-B (Out) and understand the benefits of safety and accuracy of tracking regarding ADS-B,” Adam Vidoni, the chief pilot of Virginia-based Chantilly Air, wrote in an email. “We discussed the option of incorporating the Privacy ICAO Address (PIA) and opted not to implement. The frustration comes with PIA currently being the only real ‘free’ option to maintain aircraft registered information from being fully public. However, the technical aspect of changing the aircraft’s registered tail or call sign to accommodate PIA requires physical removal of the equipment (box) to be reprogrammed each time the aircraft flew internationally, which doesn’t hold true for its domestic operations requirements.”

“This in itself requires time and maintenance which is an indirect cost and inconvenience to an on-demand operation,” Vidoni wrote. “So, we weighed the benefit to cost and opted out of participating—feeling that there are many other ways someone could attempt to gain access of information to our clients’ movements other than flight tracking.”

Chantilly Air is looking forward to other privacy options that may prove more time and cost-effective than PIA.

The National Business Aviation Association (NBAA) has been discussing with the FAA a possible expansion of PIA to international airspace between the continental United States and Hawaii, Mexico, and Canada.

“Initial conversations between the FAA and NavCanada have been favorable,” the FAA said. “The FAA plans to jointly submit a working paper to the ICAO Aeronautical Surveillance Working Group. If the paper is accepted, we will begin drafting regional supplementary procedures, followed by a proposal for amendment to ICAO Doc 7030.”

Doug Carr, the vice president of regulatory and international affairs at NBAA, said that the association has been encouraging its members to adopt PIA as one tool to ensure privacy.

“I think, expectedly, the take-up rate [for PIA] has been a little slow because there is a little bit of work that’s needed to take advantage of what PIA does, and, in its initial rollout, it is limited in scope in terms of where it can be applied,” he said. “It really is a consideration for each and every aircraft make and model, as there are a variety of considerations for the operator to review in determining how this program would work for their specific aircraft, and, secondly, FAA’s initial rollout has limited the applicability only to airspace over the continental United States.”

Some considerations for business jet operators in deciding whether to implement PIA are the need to secure a third party call sign from one of a half dozen companies for PIA; the process to install a new ICAO or Mode S transponder code through proprietary cabling and software, a software upload for the aircraft, or manual work on the switches of an aircraft electronic box; and the current geographic limits on PIA.

Given such considerations, it is likely that PIA and other privacy tools may take some time to see adoption by business aviation operators.

Greg Raiff, the CEO of PJS Group, wrote in an email that customer privacy is “of the utmost concern” to business aircraft operators in the PJS network.

PJS is “strongly supporting” the expansion of PIA internationally, yet “we understand that there is no single standard for PIA and realize it may be some time before implementation into international markets occurs,” Raiff wrote.

Ryan Foss, the director of flight support for Massachusetts-based Magellan Jets, said that all operators in the Magellan Jets’ network are using PIAs “or are interested in implementing immediately.”

“Having access to any specific information regarding our guests' business travel, for example, can be reverse-engineered by competitors and it is our duty to protect them,” he wrote in an email.

Private jet companies offering fractional aircraft ownership may have a leg up in ensuring the privacy of clients. “NetJets does not need to utilize the PIA program domestically or internationally,” Patrick Gallagher, the president of sales and marketing at NetJets, Inc—a Berkshire Hathaway subsidiary that has more than 750 aircraft, all equipped with ADS-B, said.

“NetJets’ tail numbers are never associated with a specific traveler, and passenger travel data is maintained under strict confidentiality,” Gallagher wrote in an email. “Traveling with NetJets is anonymous by design, so our owners’ privacy—and safety—remains completely intact.”