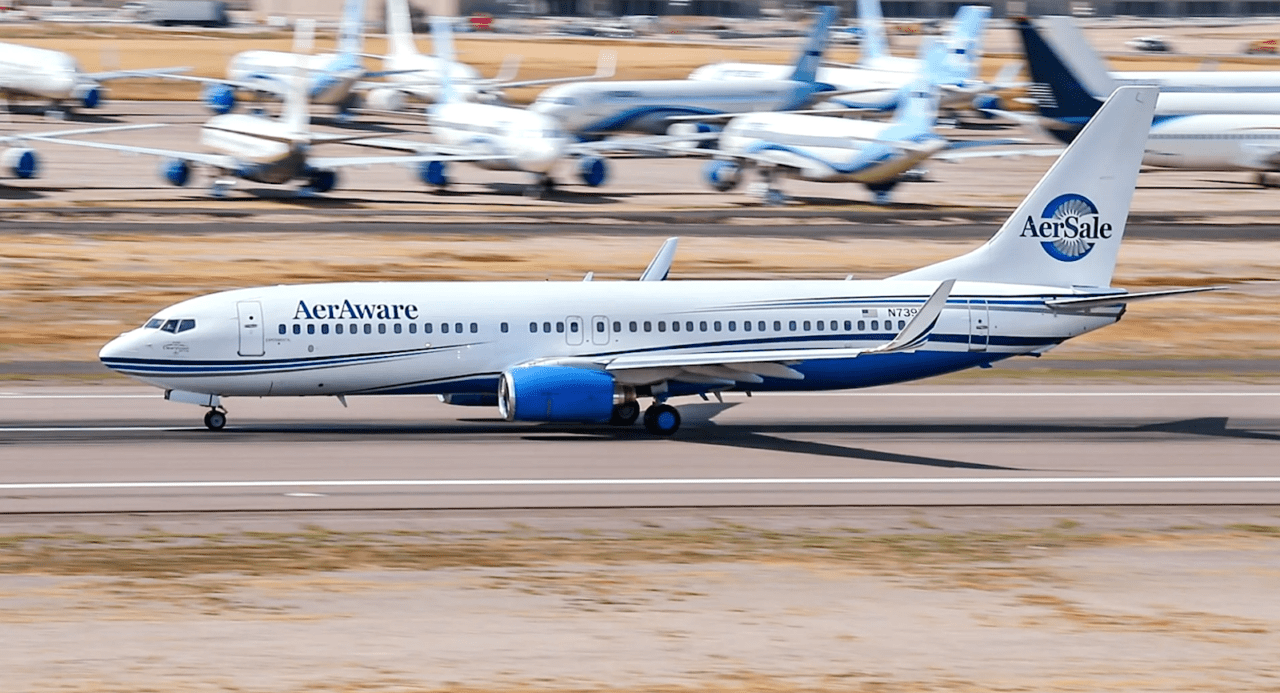 AerSale expects to achieve Federal Aviation Administration (FAA) type certification for a head-worn display enhanced flight vision system (EFVS), AerAware, for the Boeing 737-800 NG by the end of the year.

The Florida-based aircraft leasing, aftermarket parts, and modification provider first partnered with Universal Avionics in April 2019 to develop a supplemental type certificate (STC) for Universal's SkyLens wearable head-up display (HUD) on the Airbus A320. Now, AerSale is nearing the completion of its flight testing of AerAware on a modified 737-800 NG, anticipating STC approval from the FAA by the fourth quarter and follow-on approval from the European Aviation Safety Agency (EASA) next year.

AerAware is described by AerSale as combining real-time aircraft systems data, advanced multispectral camera imaging, and synthetic vision onto a head wearable display. A key aspect of the wearable display is its ability to provide pilots with required visual approach and landing references earlier in the airport landing approach process.

Modification of the 737-800 NG to enable the initial flight test evaluation of AerAware included a new radome to accommodate the camera installation, system wiring, connectors, and mounting hardware in equipment bays and flight deck.

AerSale Engineered Solutions Division President Iso Nezaj believes that the new STC could open more interest in the use of wearable HUD technology by commercial airline pilots. Previous adoption of the technology has primarily been limited to military aircraft operations.

"The successful integration of Universal’s ClearVision EFVS into AerSale’s AerAware product brings a superior advanced system available as a retrofit to existing commercial aircraft," Nezaj said in a statement. "The quality and content of the imagery seen by the pilot wearing our HWD is second to none. Our technology integrates military-grade hardware onto existing commercial aircraft and will be a preferred EFVS solution in the large existing addressable commercial fleet market.”

“We were ecstatic to partner with Universal to provide our engineering and modification expertise to install ClearVision EFVS into commercial aircraft,” AerSale CEO Nicolas Finazzo, said. “We immediately recognized that the Universal EFVS technology was superior to anything else that was available and decided to include virtually all commercial aircraft platforms in our STC development process.”