Check out the Sep. 13 edition of What's Trending in Aerospace, where editors and contributors for Avionics International bring you some of the latest headlines happening across the global aerospace industry. 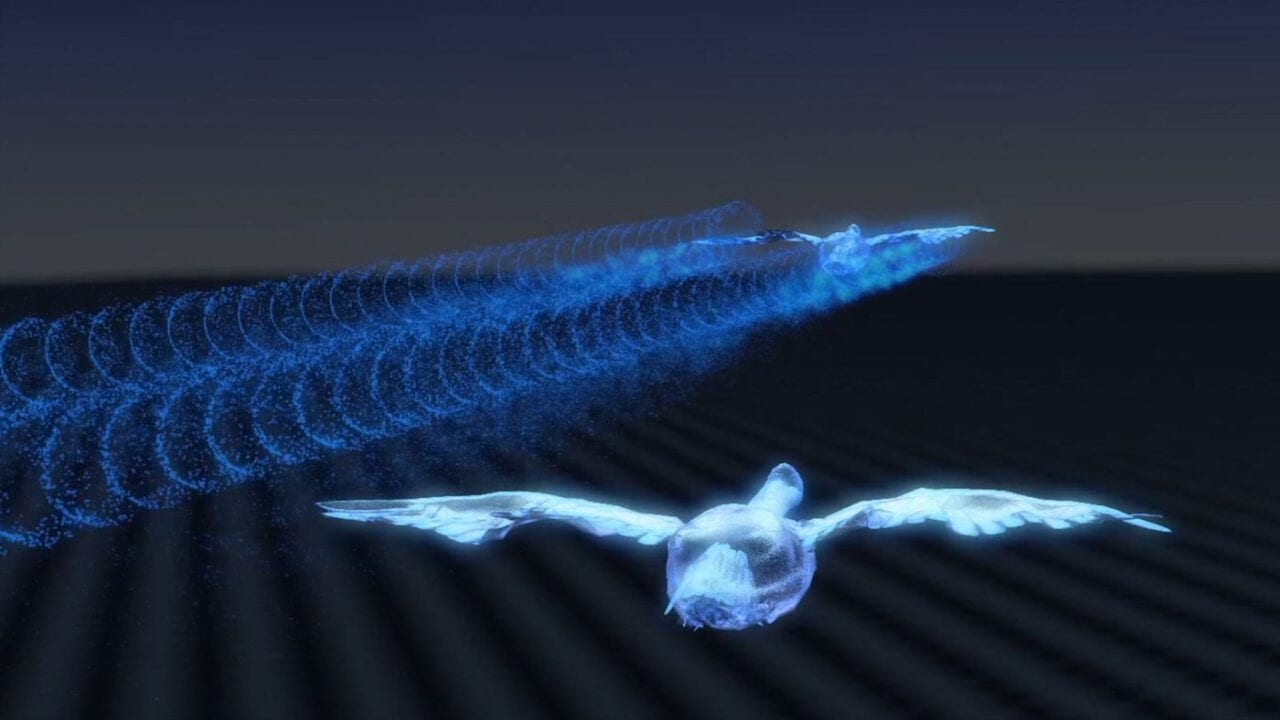 The Airbus "fello’fly" project will evaluate the use of Wake Energy Retrieval (WER) flying, where a follower aircraft will retrieve the energy lost by the wake of a leader aircraft, by flying in the smooth updraft of air it creates. (Airbus)

“WER replicates the behavior of birds, which fly together to reduce their energy consumption. The technique of a follower aircraft retrieving energy lost by a leader, by flying in the smooth updraft of air the wake creates, reduces fuel consumption in the range of 5-10 percent per trip,” Airbus said.

Flight testing will take place throughout 2020 using two Airbus A350 aircraft, with the involvement of the airlines and ANSPs as early as 2021 in an oceanic airspace. 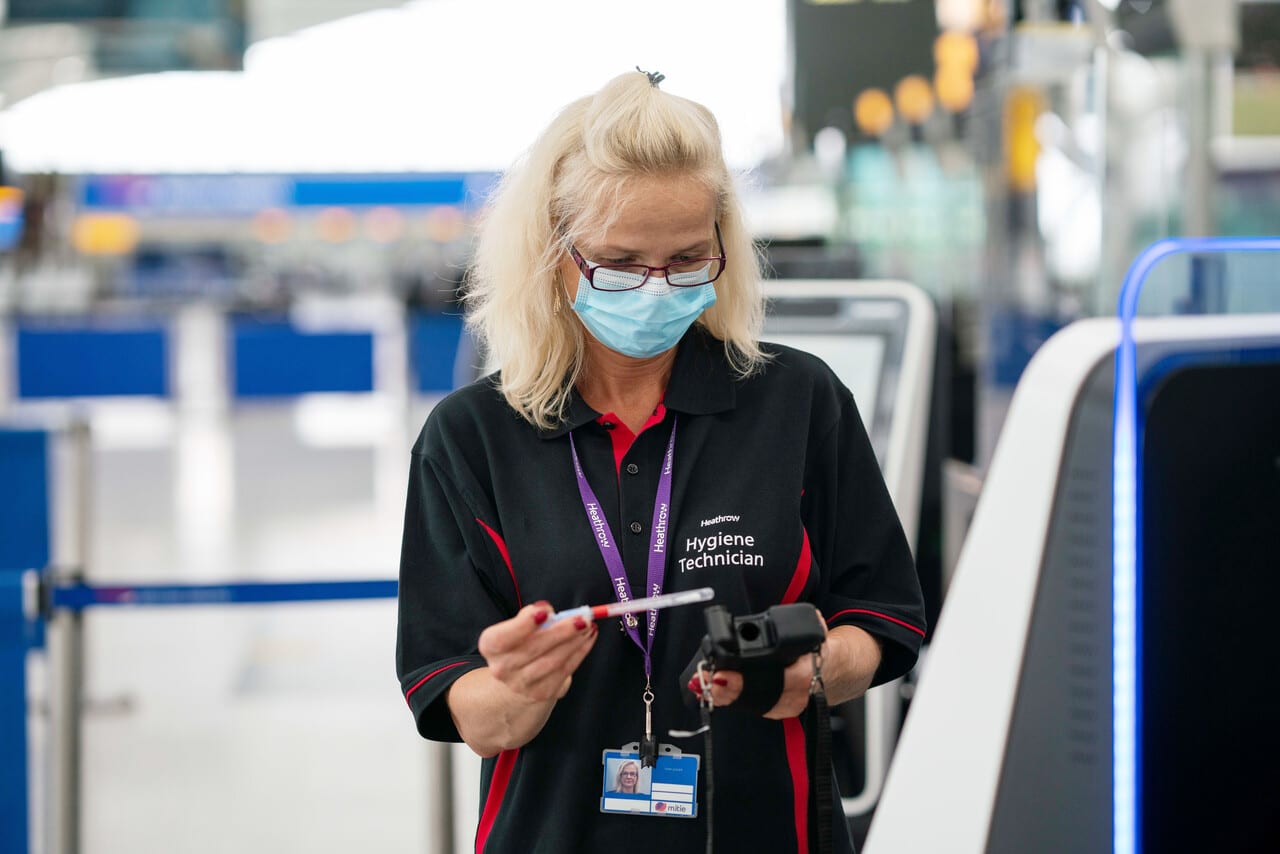 A new study published by Eurocontrol, “Impact assessment of COVID-19
Measures on Airport Performance,” to provide an in-depth understanding of the impact of COVID-19 travel restrictions, regulations and guidelines on how airports manager passengers and aircraft.

The study focuses on terminal operations, including how many minutes physical distancing, testing and new check-in procedures have added to the overall flow of passengers through airports.

“As far as departures are concerned, the compulsory COVID measures might add up to 10 minutes to the passengers’ journey,” the study says. “One concern is the suitable provision of staff to support the COVID measures, especially to compensate a reduced security control throughput which, if not addressed, could lead to backing up passengers into the terminal areas.”

The Federal Aviation Administration is hosting a Zoom virtual meeting of the Commercial Space Transportation Advisory Committee (COMSTAC) Monday Sept. 14, starting with a “Call to Order” at 8:45 A.M. ET.

Check out the full agenda for the meeting here.

Shift5 to Provide Cybersecurity Onboard Aerion AS2 Avionics 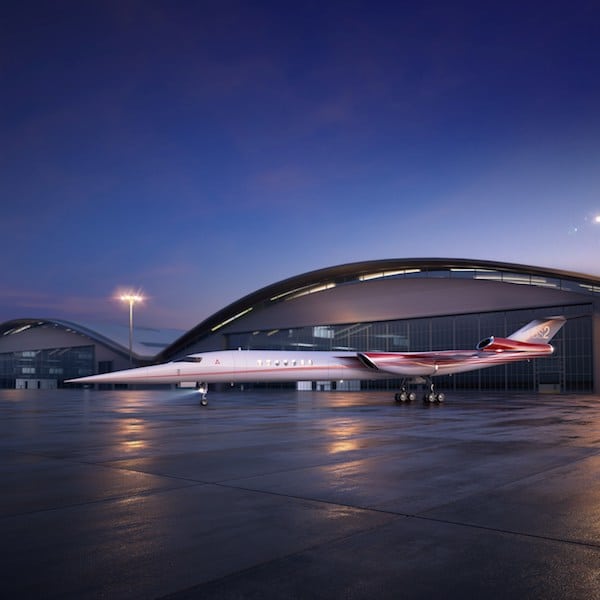 Aerion’s AS2 supersonic business jet design is ready to begin wind tunnel testing this month according to a Sept. 10 press release. (Aerion)

Aerion Supersonic has a new partnership with Shift5 to increase the “cyber resiliency” of the onboard electronics for their AS2 business jet, according to a Sept. 10 press release.

The Florida-based company describes itself as a supplier of cyber defense for embedded internal networks used by “operational technology platforms such as planes, trains, and tanks.” Under the new partnership, Shift5 will “enhance the cyber resiliency of the AS2's avionics and other onboard networks through expert design review and enable optional integration of its cyber monitoring products to the aircraft.”

"Aerion is setting new standards in the aerospace community on cyber monitoring and advanced security of onboard electronics, something we see as a standard feature in years to come. Shift5 is thrilled to collaborate with Aerion on the cyber resiliency of their primary aviation platform, the AS2, and continue to build better data and security products to protect transportation" said Michael Weigand, President of Shift5.

Agile Condor Pod to Go Through Classified Testing Over Next Year 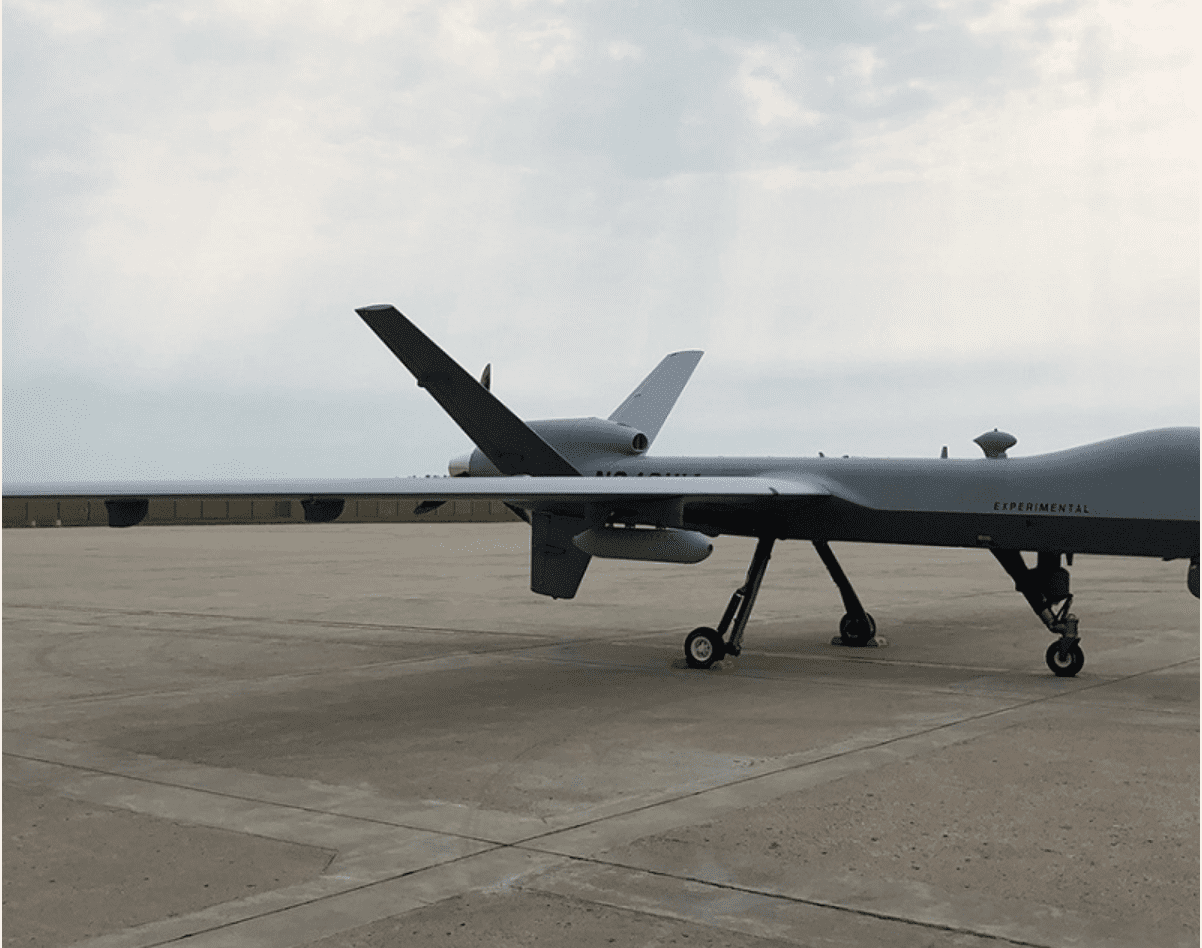 “The Agile Condor pod is a critical component of a lot of different programs of which we’re part,” U.S. Army Col. Brad Boyd, chief of joint warfighting operations for JAIC, told reporters on Sept. 10. “Our project, called Smart Sensor, is interacting with [Project] Maven as well as the Air Force on developing the Agile Condor pod capability to enable essentially autonomous tracking of whatever you want on the battlefield, theoretically.”

Check out the full article in Defense Daily, a sister publication to Avionics International. 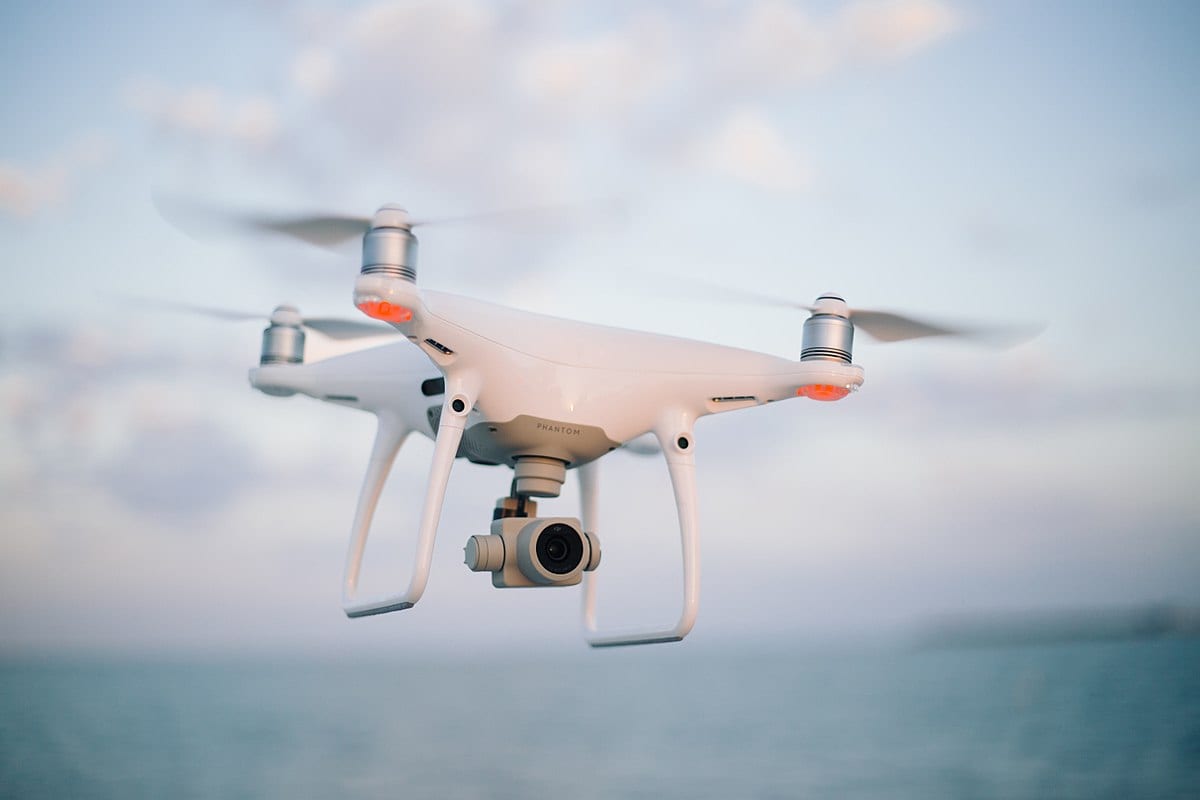 The Federal Aviation Administration will select four airports nationwide to host some of its testing and evaluation of drone detection and mitigation systems as the agency works toward eventually publishing standards around safe and effective use of such systems near airports.

On Aug. 21, the FAA released a solicitation looking for at least 10 drone detection and/or mitigation systems to be tested over a period of up to 24 months, beginning in early 2021 at Atlantic City International Airport (KACY). Systems that “graduate” from initial testing will then be moved to one or more participating airports for additional evaluation.

At least one of the four selected airports “must rank in the top 10 of the FAA’s most recent Passenger Boarding Data,” according to the agency’s release. The FAA intends to select four airports with unique operational environments to best understand how drone detection and mitigation systems are affected by variables such as geography, noise, airport infrastructure, interference and proximity to metropolitan areas.

“The four selected airport operators’ properties must be at least 2,300 acres, which is the same size of the property the FAA intends to use for testing and evaluation as part of Phase 1 at KACY,” the solicitation states. “The FAA expects the UAS detection technologies to cover 2,300 acres of the selected airport operator’s Air Operations Area (AOA) and as much surrounding area as possible with a general goal of reaching approximately 5 miles out from the center point of the AOA. The FAA expects the mitigation technologies to protect the AOA.”

North Dakota's Northern Plains UAS Test Site (NPUASTS) will use Volansi's VOLY C10 eVTOL drone for site acceptance testing and use case development for the state's beyond visual line of site network. Collins Aerospace, L3 Technologies and Thales USA were recently selected to build out the physical infrastructure for the network.

The VOLY C10 was selected because it is expected to allow for the integration of numerous technologies, including command-and-control and onboard detect-and-avoid, as well as the flexibility to support various payloads needed for testing different use cases. It is also in the the process to obtain an FAA durability and reliability type certification.

“Volansi’s proposal was impressive,” said Jim Cieplak, program manager of the statewide BVLOS network through the NPUASTS. “We feel confident that the VOLY C10 will not only meet our needs in testing the earliest stages of network deployment, but will support the integration of new technology as the project evolves.”

The officials will join others from government, as well as manufacturers, producers, providers/FBOs and operators, to discuss how to increase the production, availability and use of SAF, the cleaner-burning alternative fuel which, on a gallon-per-gallon basis, often reduces net lifecycle CO2 emissions in excess of 50%, versus conventional jet fuel.

Earlier this year, automaker Toyota presented at the Consumer Electronics Show on its vision of mobility and life in a "woven city" created at the base of Mount Fuji. The company's future-looking activities expand far beyond the scope of cars, with its strategic venture arm Toyota AI Venture — an early supporter in Joby Aviation, one of the leaders in electric VTOL flight — as well as many other sensing, shipping and robotics companies.