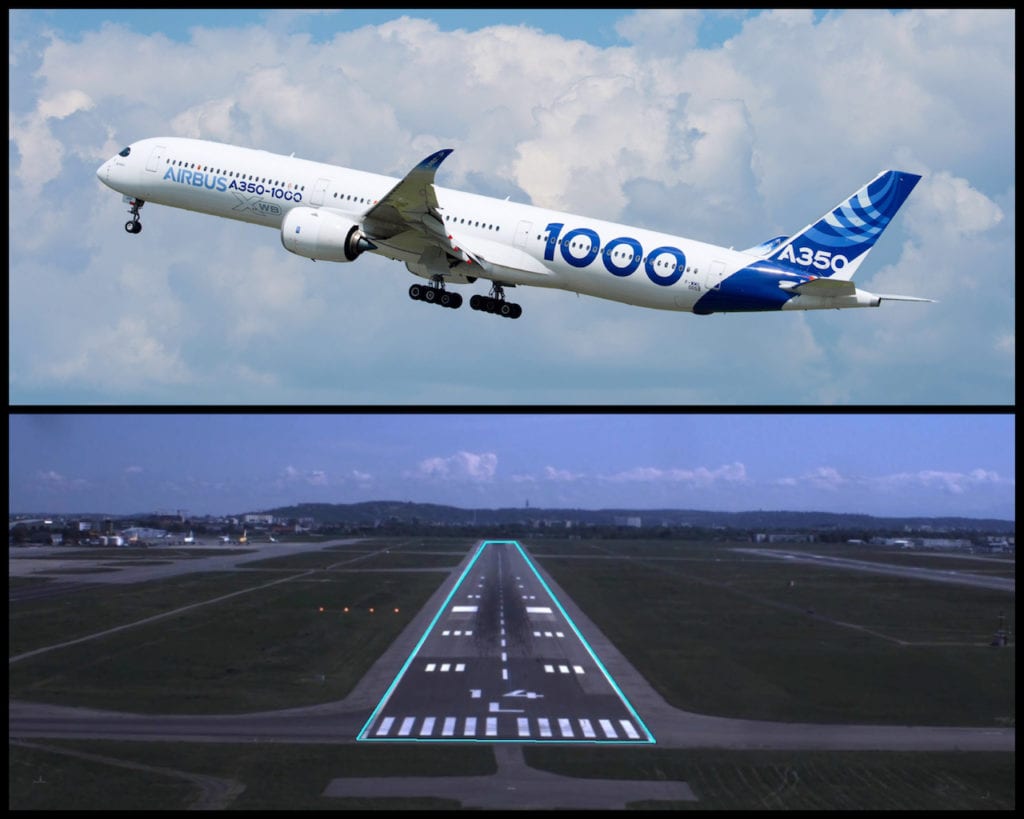 The ATTOL project is a technological flight demonstrator initiative that first began at Airbus in June 2018, as part of the French airplane maker’s goal of understanding how to safely increase the use of autonomy within different types of aircraft. In January Airbus confirmed the completion of a December 2019 flight test using image recognition technology in place of an Instrument Landing System to perform an automatic takeoff.

Airbus Chief Technology Officer Grazia Vittadini also recently confirmed the other world-first completed by the project during a keynote speech and question and answer session led by the American Institute of Aeronautics and Astronautics, a fully autonomous runway landing that occurred as part of a flight to Beijing to deliver COVID-19 related medical equipment to hospitals in Europe.

“We recently reached a new milestone, after performing the first fully autonomy based vision takeoff, we have just achieved the first fully automatic vision-based taxi and landing, this is the first time ever an aircraft has been able to take off taxi and land totally autonomously. The biggest difficulty in this was convincing pilots to not do anything and keep their hands off the throttle,” Vittadini said.

Airbus CTO Grazia Vittadini said one of the most difficult parts of the ATTOL vision-based takeoffs and landings was ensuring pilots kept their hands off the controls. Photo: Airbus

Over the two-year campaign, ATTOL conducted a total of 500 test flights, the majority of which were dedicated to gathering raw video data and supporting fine-tuning of algorithms. Six test flights, including five-takeoffs and landings per run were used to evaluate the autonomous flight capabilities developed across various divisions of Airbus on a modified A350. These included the Airbus engineering and technology teams, Airbus Defense and Space as well as the Silicon Valley-based Airbus A³ or Project Wayfinder wing of the French airplane maker.

Avionics modifications to the A350-1000 used for the ATTOL tests included upgrades to the flight control computer and the installation of cameras and computing capabilities linked to those cameras, Sebastien Giuliano, project leader for ATTOL told Avionics International in February.

During her appearance on AIAA’s recent plenary, Grazia discussed how the algorithms used by A³ were also featured on the A350 ATTOL flights.

“The learnings from that specific program flew seamlessly into the rest of the Airbus portfolios, the very same algorithms on ATTOL allowed us to have the first ever automated taxi take off and landing,” Vittadini said. “A lot of what we do is already driven by autonomy, think of the features on our aircraft, auto pilot, fly by wire, autopilot, autoland type of features, think of satellites there’s nothing more autonomous than a satellite flying totally autonomous in service for 15 years, so we don’t want to have autonomy as an objective but really want to explore all associated technologies.”

Airbus has not stated when or where it expects to eventually feature this technology within a commercial aircraft design, however Vittadini said their next steps are to focus on how to certify such technology and integrate it into future systems safely.

Sen. McCaskill Wants Expanded Use of In-flight PEDs by End of Year