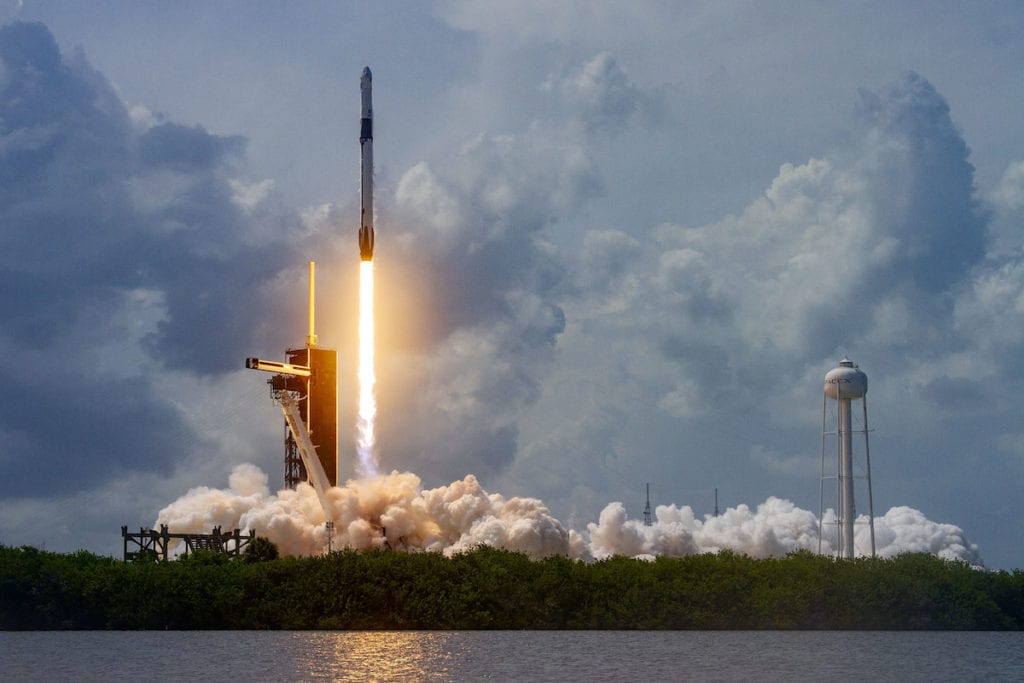 It took two attempts, but SpaceX has made history as the first privately owned company ever to launch human beings into space. On Saturday afternoon at approximately 3:22 p.m. EST, SpaceX sent NASA astronauts Bob Behnken and Doug Hurley to the International Space Station (ISS) aboard a Crew Dragon capsule that was mounted on a Falcon 9 rocket and launched from the Kennedy Space Center in Florida.

The mission, part of NASA’s Commercial Crew Program, represents the first time in nearly a decade that U.S. astronauts have launched from U.S. soil. Since the retirement of the Space Shuttle, NASA has been paying Russia for seats on Soyuz rockets in order to send astronauts to the ISS. The launch was originally scheduled for Wednesday, but delayed due to inclement weather, as a tornado and storm warning was issued around 2:00 p.m. EST and storm cells lingered.

Astronauts Behnken and Hurley docked with the ISS on Sunday morning. They will spend one to four months on the station before returning to Earth.

SpaceX’s long and winding road to successful crewed spaceflight hasn’t been easy, though it has always been considered the company’s first and most important milestone. SpaceX Founder and Chief Engineer Elon Musk confirmed as much during an interview with Via Satellite in 2009. He said that the Falcon 9 was designed from the start to carry people.

“My long-term objective is to make us a true space civilization and to make at least some progress in helping to extend life beyond Earth,” Musk said during the interview. “Along the way, the necessary thing that needs to be done is to provide launching at a much lower cost and make it much more reliable, but we have to earn our way in that direction.”

Musk returned for a follow-up interview 11 years later at the SATELLITE 2020 event this past March. During the interview, Musk said he was confident in the the Falcon 9’s ability to fulfill its manned-mission destiny and already knee-deep in work to realize the company’s next dream goal: sending humans to Mars on its new stainless steel Starship rocket — preferably during Musk’s lifetime.

“It is great that we are about to launch people to orbit. It has been a long time — too long,” said Musk. “The rate of progress on the Mars mission needs to accelerate dramatically. I hope I am not dead when resettling on Mars happens. But, if we don’t improve our rate of progress, I will be. Unless we improve our rate of innovation, we won’t be able to have a base on the moon or a city on Mars.” 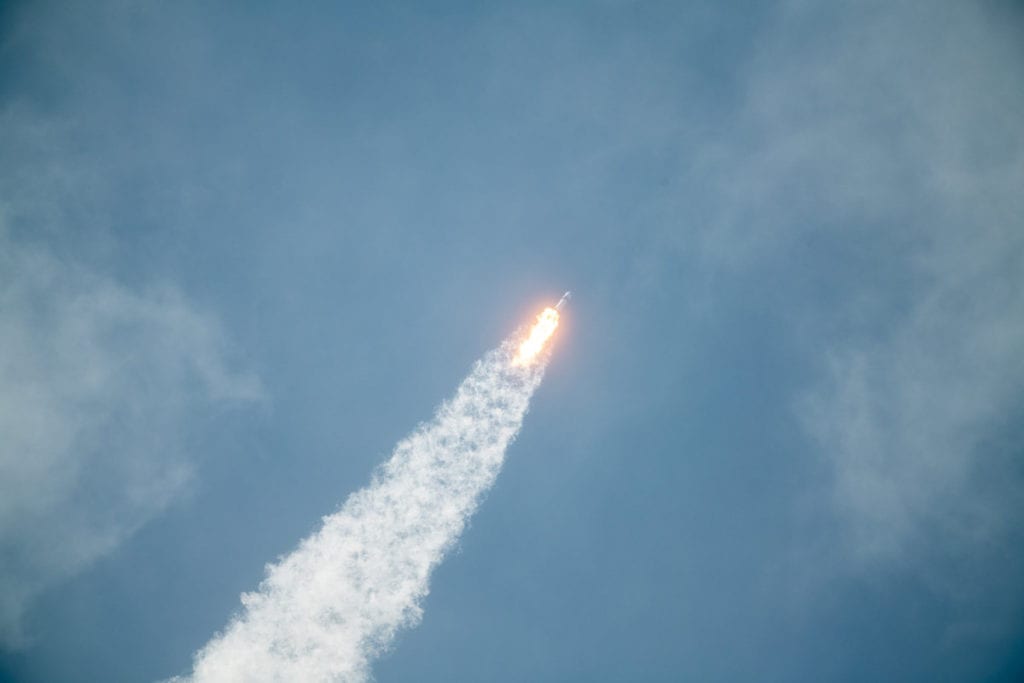 Musk founded SpaceX in 2002 and almost immediately faced derision for attempting to change an industry steeped in legacy. It took four years for Musk to roll out SpaceX’s first Falcon 1 rocket to the launch pad and another two years before it finally achieved success. The company sent its first satellite RazakSAT — a Malaysian Earth Observation (EO) satellite — into space one year later in July 2009. RazakSAT was the only satellite ever to be launched on the Falcon 1. The first successful Falcon 9 launch would occur the following year in 2010. The Falcon 9 would also go on to become the first reusable rocket in history. Other than Starship, the SpaceX fleet also includes the Falcon Heavy, which enjoyed a rock concert-like maiden launch in 2018 that sent an all-electric vehicle from one of Musk’s other ventures, Tesla, into orbit.

SpaceX is supported by Musk and fellow investors, but ultimately enabled by NASA, its longest and must supportive partner. This collaboration has been widely recognized as critical not only for U.S. space interests, but also for U.S. industry and innovation.

“The use of a public-private partnership between NASA and Space-X for today’s Demo-2 launch allows America to deploy start-up style technology – from automation to the use of virtual reality in training for this mission – while offering more independence and a routine foothold in space for the United States,” said Meg King, director of the Science and Technology Innovation Program at The Wilson Center, a D.C. think tank. “It will certainly boost interest by other nations to adopt similar models and raises the ante for more investments and missions beyond the ISS.”

While continuing its mission to explore space, SpaceX will continue with plans to deploy thousands of Low-Earth Orbit satellites as part of its Starlink constellation. Musk said the constellation will bring broadband connectivity to world populations that live in remote and unserved regions around the world. With OneWeb‘s recent Chapter 11 bankruptcy, SES‘s O3b and Iridium‘s constellations largely dedicated to mobile enterprise and government customers, and dozens of satellites already launched, Starlink maintains a comfortable position among leading LEO constellation contenders.

This article was originally published in Via Satellite, a sister publication to Avionics. It has been edited. 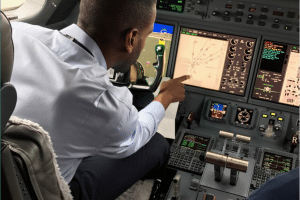