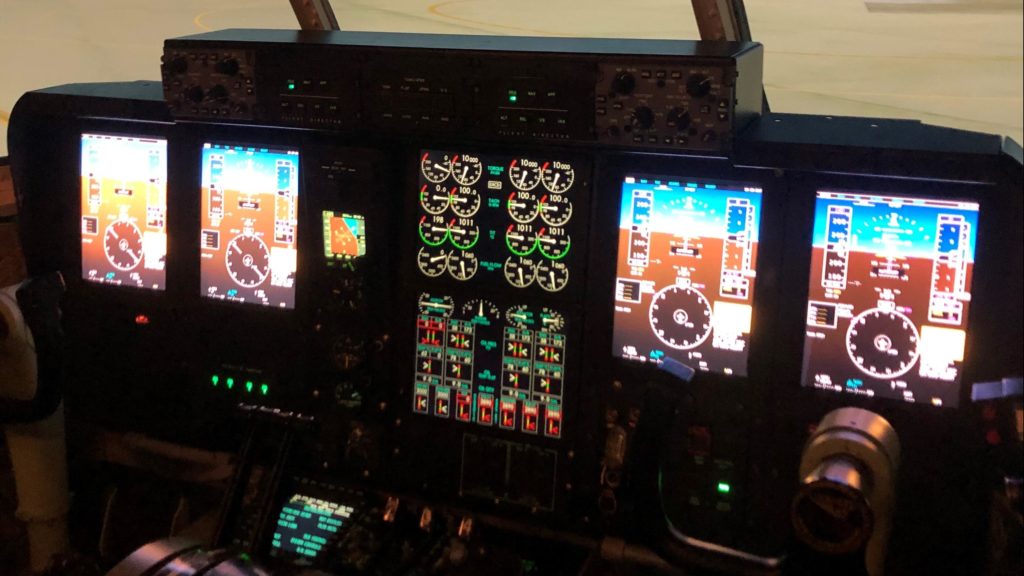 The view from one of the GoPro cameras installed in the C-130T Avionics Obsolescence Upgrade Operational Flight Trainer. The cameras allowed remote observation of live software tests in Fort Worth by engineers in Maryland, New York, and North Carolina over a two-day period last month. Photo: U.S. Navy

Due to travel restrictions because of COVID-19, the Navy and Lockheed Martin remotely tested software fixes for the latest software build of the C/KC-130T Avionics Obsolescence Upgrade (AOU) program in Fort Worth last month, the service said.

The two-day testing on Apr. 7 and 8 used the Maryland-based J.F. Taylor, Inc.'s modification of the legacy 2F-152 AOU Operational Flight Trainer (OFT) at the Air Logistics Training Center at Naval Air Station (NAS) Fort Worth Joint Reserve Base, Texas. J.F. Taylor received contracts worth about $7 million for the modification of OFT to the AOU configuration--work which the Navy said finished in January last year.

"Accomplishment of the two-day remote assessment was critical for determining if the software fixes a number of high-priority deficiencies that affected certifications required by the Department of Defense and Federal Aviation Administration," the Navy said. "The proactive identification of content problems prior to the delivery of the final software in June and flight tests during the summer decreases the risk of program delays down the line." 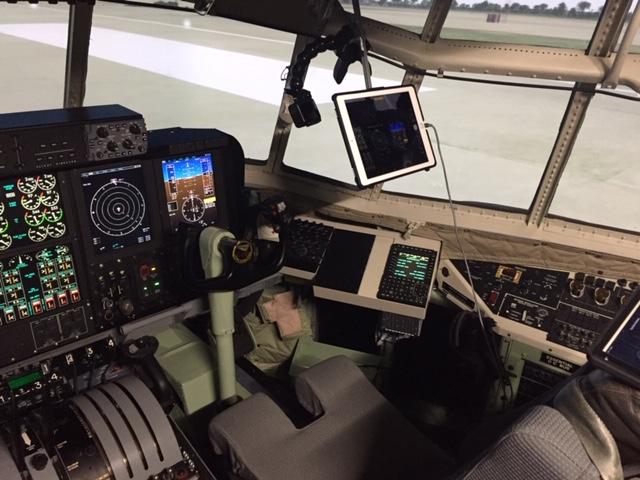 A GoPro camera installed in the cockpit of the C-130T Avionics Obsolescence Upgrade Operational Flight Trainer at Naval Air Station Fort Worth Joint Reserve Base allowed teams in four separate locations around the country to observe a software test while adhering to COVID-19 restrictions. Photo: U.S. Navy

Under AOU, Lockheed Martin is to replace "obsolete flight control displays, radios, and transmitters, with digital multi-function displays [MFD] and navigation, surveillance, and cockpit voice/data recorder equipment that will allow the aircraft to continue operating safely in the modern air traffic control environment," according to the Navy. "Test completion of the AOU system is expected in fall 2021."

In its email to Avionics, PMA-207 said that "AOU is a government Lead System Integration (LSI) program."

To allow the software tests last month in Ft. Worth to be observed by engineers in Lockheed Martin's Owego, N.Y. facility, NAS Patuxent River, Md. and Naval Air Warfare Center Training Systems Division in North Carolina, the Navy used two GoPro cameras in the simulator cockpit in Ft. Worth to provide live feeds of the cockpit MFDs and the control display units.

"Using the live feeds, the engineering and test teams were able to direct Fleet Logistics Support Wing C-130 pilot Cmdr. Patrick Foreman in the execution of test cards prepared by VX-20 [at NAS Patuxent River]," the Navy said. "Although Cmdr. Foreman had only limited experience with the AOU program, the real-time guidance from the test team allowed him to easily complete the test points and provide thorough feedback on the results. The presence of the Lockheed Martin engineers enabled the team to troubleshoot and discuss test results as they happened, saving many hours that would have otherwise been spent documenting and conveying test results to the contractor."

"Ultimately, a transition from the aging C/KC-130T to the C-130J is necessary to ensure interoperability and
capitalize on the existing supply chain for these more modern aircraft," Vice Adm. Luke McCollum, the chief of the Navy Reserve, told the Senate Appropriations Committee's defense panel on March 4. 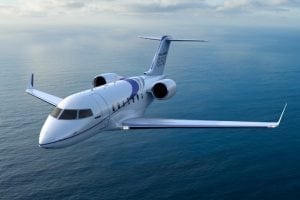 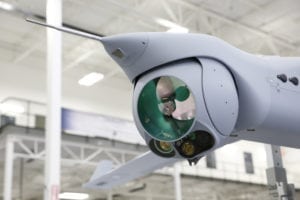 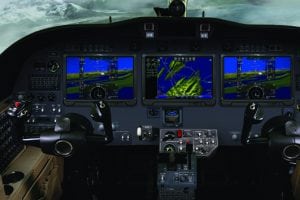 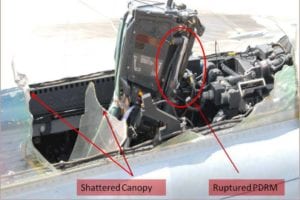