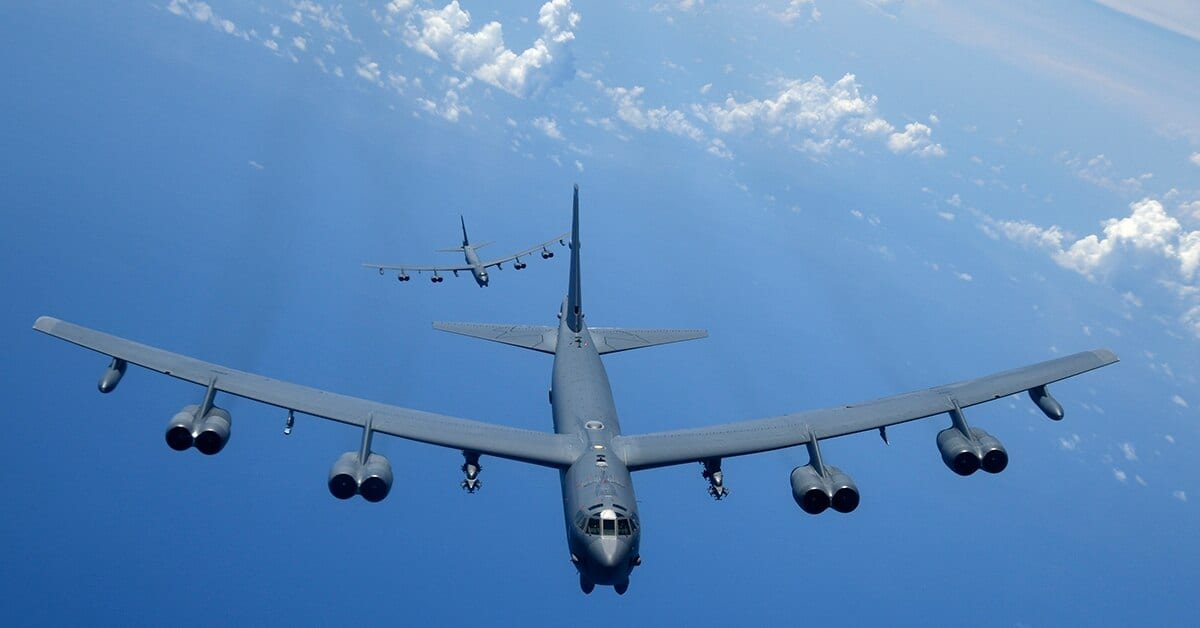 The Boeing B-52 bomber is to have anti-jamming terminals that can receive communications from a number of satellites, including Advanced Extremely High Frequency (AEHF) satellites. Photo: Boeing

Last week, the Air Force Space and Missile Systems Center (SMC) awarded Raytheon and L3Harris $500 million each to develop protected tactical waveform capable modems for the next generation Protected Tactical Satcom (PTS), but the applicable wave forms are largely DoD, not commercial, ones, and developing avionics terminals with commercial wave forms will be a challenge going forward for improving satellite communications for military aircraft.

"You can solve this problem on the network side and on the ground side, but the terminals are where you get some challenges because you may have to use multiple modems within the terminal and that can increase size, although the reality of it is the size of these modems or radios is getting smaller and smaller," Rick Lober, vice president and general manager of Hughes’ defense and intelligence systems division, told Avionics International in an Apr. 1 telephone interview.

"You can also go to what we call software defined radios where you're switching between these wave forms and networks just through software, but that does open up some challenges," he said. "Will commercial industry open up their waveform standards to be ported into software defined radios?  Even if they don't, modems are getting down to almost the size of a 3 x 5 index card, and their cost is coming down quite a bit. What's needed is a standard on the terminal side that says this is the standard size, the standard interface, and the standard power requirements of a modem or radio that could plug into some of these terminals. I think that would help solve some of the terminal problem."

Cost drivers associated with satcom avionics terminals reside not in the digital radio electronics, but in the hardware, particularly the radio frequency (RF) hardware, Lober said.

"The number one thing that has to be done is you have to open up these interfaces, particularly between the modem or radio and the antenna hardware," he said. "We have a lot of systems done by one manufacturer. You have these closed interfaces. Modem technology advances every two or three years so you're stuck going back to that one vendor for those improvements."

Space and Missile Systems Center (SMC) at Los Angeles AFB, Calif. has been working on such flexible terminal standards.

"Terminal flexibility is a cornerstone of the U.S. Space Force's Satcom Enterprise Vision where resiliency to communicate through congested, degraded, and operationally limited environments is enabled by the ability to roam between satcom service providers and networks," SMC wrote in an Apr. 2 email response to questions from Avionics.

The terminal flexibility effort began in February, 2018 when SMC awarded more than $8 million in contracts under Other Transaction Authority (OTA) agreements for the Commercial Satcom Phase 2 effort – $2.7 million to Hughes, nearly $2.8 million to RT Logic, about $1.7 million to Knight Sky LLC and nearly $900,000 to L3Harris. Three of the awards were for flexible terminal prototypes for roaming between satcom service providers, while the Hughes award was for the Flexible Modem Interface (FMI) standard.

"The Flexible Modem Interface is the first set of standards to enable pre-positioning of terminal and modem configuration data at the terminal with automation to implement the Satcom service," according to SMC. "A draft of this data model was released to industry at a progress briefing in March, 2020. SMC is planning the next workshop in June, 2020 to collaborate on recommended changes. Congress appropriated $20 million over the last two years, and the Air Force requested a total of $92 million in fiscal 2021/2022 to continue to grow terminal prototyping and the necessary Enterprise Management and Control software to enable dynamic routing of warfighter communications across all available satcom networks."

Under last week's contract award to L3Harris and Raytheon, the companies will research, develop, and produce protected tactical waveform capable modems for tactical satellite communication operations, and work is expected to be completed by April 1, 2025, SMC said. The contract is part of the joint U.S. Air Force and Army Anti-Jam Modem (A3M) program, which supports PTS and is "a critical capability to increase anti-jam and communications capacity for joint tactical warfighters in contested environments," according to SMC.

SMC said that its portfolio architect for satellite communications "has continued to refine the Flexible Modem Interface standards to enable flexible terminals included in the ongoing Satcom Enterprise Management and Control prototype awards under the Space Enterprise Consortium."

"The A3M program will develop and procure protected tactical waveform (PTW) modems anticipated to be compatible with planned future standards," according to SMC.

For its part, Viasat has said that its Hybrid Adaptive Network (HAN) fits with the United States Space Force's (USSF) Vision for Enterprise Satellite Communications (SATCOM) to bolster the speed, agility and resilience of military satellite communications for aircraft and other users.

Released on Jan. 23 and approved by Gen. John Raymond, the chief of space operations for the new U.S. Space Force, the vision says that U.S. Space Force "will provide an operationally effective, affordable, resilient, and secure satellite communications architecture that supports global mission priorities and is adaptable to rapidly changing requirements, technologies, and threats."

U.S. Space Force is to provide satellite communications capabilities to the U.S. Space Command "in order to support joint warfighters across the full spectrum of conflict, in CDO [contested, degraded and operationally-limited environments] and tactically-relevant timelines," according to the vision statement.

The vision statement says that "by creating a single entry point for all Satcom requirements, enterprise Satcom needs can be acquired in a deliberate and efficient manner, avoiding the stovepipes of the past."

"A portion of commercial Satcom will be provided through managed services, providing flexible, cost-efficient (by-the-byte) support across multiple constellations, frequency bands, possibly orbits," according to the vision statement. "In some cases, specific power-bandwidth for special user and legacy terminals will be acquired using multi-year, pooled-resource contracts when possible. Individual single-year leases will be rare and only used when no other options exist."

FMI and HAN are similar "with one important difference," Lober told Avionics. "In the Hughes and Air Force approach, those decisions on which [DoD and commercial satellite] networks you operate are made by the government, not made by a single contractor using a proprietary approach. It's [FMI] a totally open systems approach where the government would make these decisions on which network to use."

Under a teaming arrangement with Boeing, Hughes has also been working to develop the network and mission management pieces of the Protected Tactical Enterprise System (PTES) – the ground segment of PTS.

"I think what's significant in that program [PTES] regarding commercial industry is it's really not a stove-piped system," Lober said. "It's not another AEHF [Advanced Extremely High Frequency satellite], which is really a bulletproof system to be used in the event of nuclear war. It's [PTES] an anti-jam system that will operate on current WGS [Wideband Global Satcom] satellites, commercial satellites, and this new PTS satellite. It kind of gets into that hybrid network type of approach in knocking down the stovepipes." 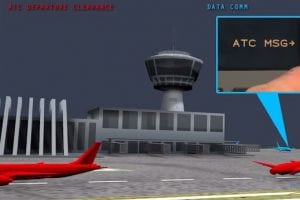