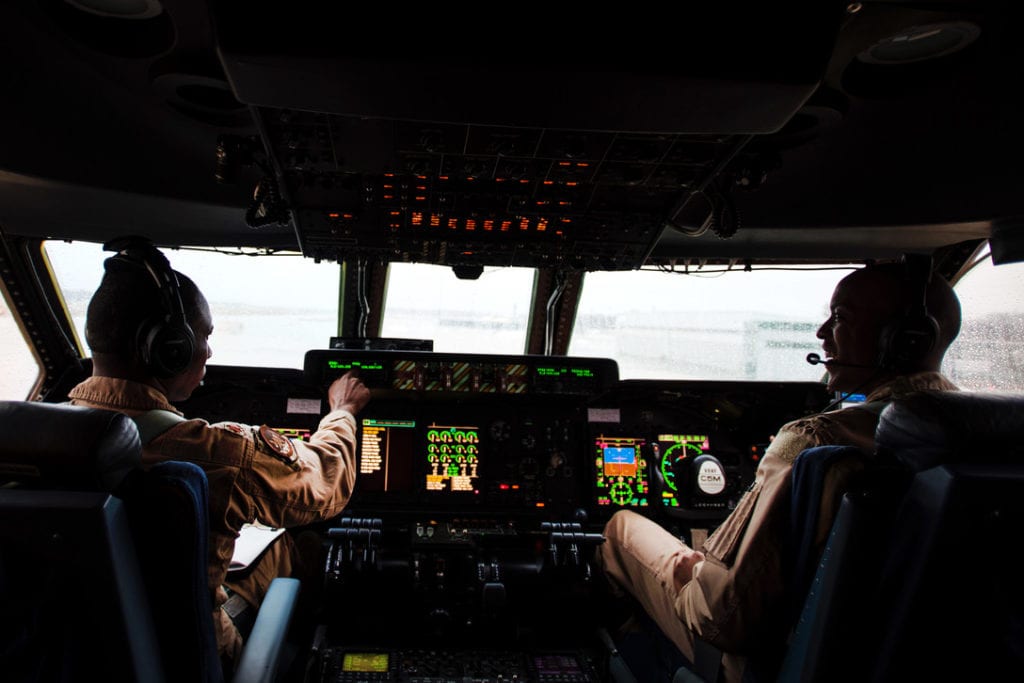 The United States Air Force's fiscal 2021 budget requests more than $50 million in avionics-related upgrades for the service's fleet of 52 Lockheed Martin C-5M Super Galaxy transports, including 36 in the active Air Force and 16 in the Air Force Reserve. The planes are the largest in the Air Force inventory.

Development work for the upgrades started in 2014.

CNS/ATM "is a comprehensive effort to ensure appropriate system design architectures are developed and installed on the C-5 to allow aircraft operation in accordance with civil airspace access mandates for the US national airspace system (NAS) and international civil airspace," the Air Force said. "Also, the program will add equipment to meet outstanding National Security Agency (NSA) mandates for encryption of voice communications. The CNS/ATM program ensures system standardization and interoperability with other DoD systems to the maximum extent possible and directly supports airworthiness certification of the C-5. CNS/ATM requirements include, but are not limited to, capabilities such as automatic dependent surveillance-broadcast out (ADS-B Out), identification friend or foe (IFF) mode 5, satellite communication equipment replacement, and beyond line-of-sight voice radio replacement. It is anticipated equipment will be predominately commercial off-the-shelf (COTS) or non-developmental items."

The CNS/ATM upgrade is to allow the C-5 to fly oceanic tracks and meet civil airspace aircraft separation distance requirements.

The CMC/WxR upgrade "is necessary to keep the C-5M worldwide deployable" and replaces the Honeywell APS-133 weather radar with the Collins Aerospace WXR-2100 COTS weather radar, thus resolving DMS issues, as the WXR-2100 is used by other aircraft and "provides the same capability as the APS-133," according to the Air Force.

"The effort also replaces the current core processing module (CPM) cards in the CMC with new Honeywell CPM II cards, providing additional processing speed and throughput capacity," according to the Air Force fiscal 2021 budget request. "The CMC/WxRadar program is the baseline for all future modifications to the C-5M. The modification helps to maintain aircraft availability as the current APS-133 WxRadar and current CPM cards are both facing severe [DMS] issues. Failure to upgrade the WxRadar and CMC to support calendar year 2020 CNS/ATM mandates will create a significant operational impact."

"The current lavatory is the original design dating back to the inception of the C-5 in the 1960s," according to the Air Force. "The existing fiberglass tanks are old and have exceeded their useful life. The lavatory requires extensive maintenance personnel hours to maintain. Parts obsolescence limits the purchase of spare parts such as pump motors, drain valves, etc."

The upgrade "replaces the three lavatories and their associated systems in each aircraft with a [COTS] solution, which improves aircraft availability for the C-5M fleet," the Air Force said.

The lavatory replacement will alleviate parts obsolescence of the existing system and correct "malfunctions currently occurring to the main landing gear system and avionics system components," according to the service.

"Poor design and age of existing component parts have enabled sodium hypochlorite to leak into the aircraft structure, which in turn cause extensive structural and avionics corrosion," the Air Force said. "Corrosion of the avionics components has led to burnt wires and circuit cards in the main landing gear sequence panel, which has resulted in shorted wires to the system. Program office implementation of stop-gap measures to fix the major causes of leaks and implementation of preventive measures to protect the surrounding structures have not alleviated the issues. Diminishing manufacturing source issues, as a result of parts obsolescence and data right issues, are preventing the procurement of replacement parts for the current system. System degradation and extra maintenance are causing increased aircraft downtime."

The Air Force has installed glass cockpits for the C-5Ms under the Avionics Modernization Program and has finished a Reliability Enhancement and Re-engining Program to sustain the service life of the 52 C-5Ms until 2040. In addition, Lockheed Martin has been looking into what would be needed to extend the C-5M airframe to 2050 or 2060. 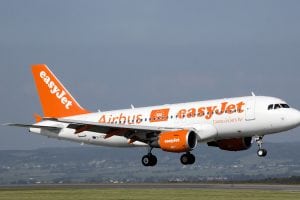