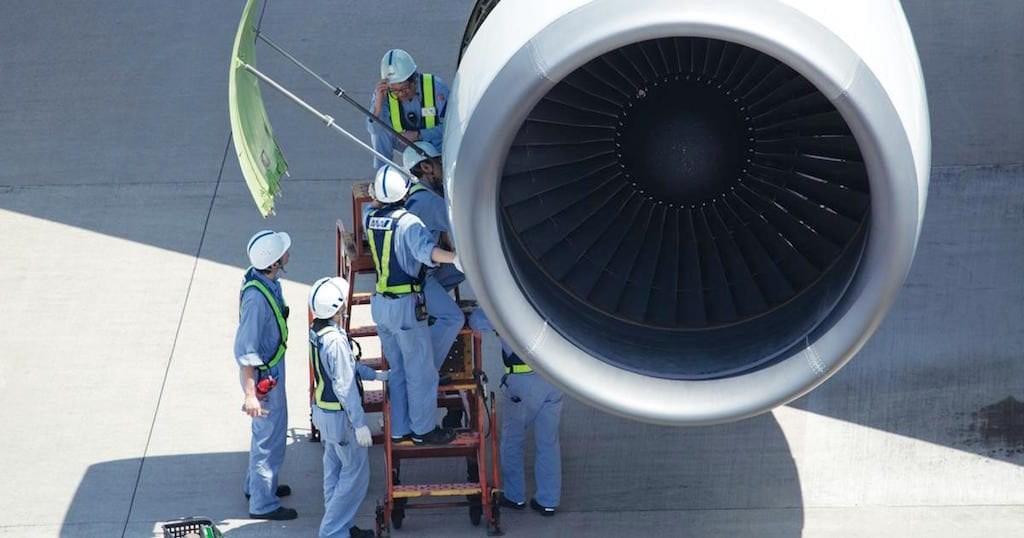 The aircraft technical logbook plays a key role in aircraft turnarounds. It is the primary communication tool between pilots and a maintenance organization. Pilots can see the maintenance status of the aircraft and then report any faults back and forth with the maintenance team—but efforts to digitize this process have so far been ineffective.

The Principal Director of Accenture's aerospace and defense practice, Craig Gottlieb, recently went on record to say latest research shows aerospace and defense companies are scaling more than 55 percent of their digital proofs-of-concept to production. However, fewer than 20 percent of them do so successfully to create lasting benefit to their business. Electronic aircraft technical logbooks would seem to be one such development.

The over-arching benefit of a digitized electronic technical logbook is to minimize silos of information between the day of operations workforce—enabling all stakeholders to work in unison to make the aircraft serviceable and ready to depart on time with passengers.

This incredibly paper-heavy process of aircraft technical logbooks seems the obvious target to digitize yet attempts to do so have fallen far short of the mark, mostly due to problems with complexity of the solutions which have been brought forward. The result is an extremely low adoption rate of true electronic technical logbooks among commercial airlines.

First let’s look at the reasons why this has been the case.

But the logbook itself exists as a simple way of interacting between maintenance organization and pilot to minimize turnaround times. It essentially acts as a micro maintenance system—with the ability to sign-off work, track deferred items and look at the history of what has recently been resolved and fixed on the aircraft. As such it is essential to improving and optimizing aircraft turnaround times.

In a paper-based scenario, the pilot has to wait until they are at the aircraft before seeing what deferrals are associated with a flight. The pilot may have been handed a flight dispatch in a pre-flight briefing, but this may not reflect the current status of an aircraft, often meaning they wouldn’t contain an up-to-date view of anything last minute which took place on the inbound journey.

Initial attempts to digitize this process saw electronic technical logbooks integrated into the aircraft itself, which proved a complicated and costly disaster as it required introducing flight proven hardware and software systems, not a viable solution.

Following that, things moved forward with the advent of iPads and other tablets being introduced to the flight deck, which brought the possibility to house maintenance data on a portable mobile device. The main stumbling block here was that these ‘paperless systems’ actually mirrored the paper-based systems they were trying to replace. Simply logging tasks manually into an iPad rather than pen to paper does not make electronic technical logbooks a fully integrated system.

A New Digitized Approach is Required

From a cost-saving perspective every airline has now provided a pilot with an iPad or tablet, to remove as much paper as possible from the flight deck. Delivering the logbook over a tablet transcends the paper-based platform and gives a pilot access to aircraft status anywhere anytime. But by just electronically mimicking paper-systems, airlines have to effectively integrate two separate maintenance systems together, making for a complex and complicated muddle.

In order for an electronic technical logbook to function effectively it has to be an extension of the core maintenance system that an airline already has in place. But even this is not the silver bullet to logbook success —there are some core elements which should be contained within a truly electronic technical which will provide airlines with solution to enable easy collaboration and further shrink turnaround times.

The advantage of having data available at the fingertips of pilots as they travel to the airport means they can see anything which was raised during the inbound flight, even if it hasn’t necessarily been dispositioned yet. They can start thinking about how a certain type of fault might impact the flight they have, for example the aircraft may require extra fuel because of a performance penalty.

Once the pilot arrives at the aircraft, they no longer need to physically walk onto the flight deck to sign-off the logbook. The pilot can be down on the ground, outside the aircraft, signing-off tasks by sending a push notification through their tablet to the airline maintenance department, indicating whether they are happy to begin the flight.

Once the pilot is flying the aircraft, if they encounter any problems, they should be able to log the fault in the app, which should be able to push updates to the maintenance department, either in real-time or when the aircraft touches the ground. On aircraft with in-flight internet connectivity the maintenance organization will immediately receive a push notification outlining the fault and start preparing work orders and parts, so they are ready to address it the moment the aircraft lands.

Another area where previous electronic technical logbooks have often failed is overloading the pilot with information in a format they are not used to dealing with. It makes no sense to simply expose the complete core maintenance system to a pilot. They require a slim and tailored interface which provides quick and easy access to the information they need, without the need to go digging around.

A pilot-driven user experience means the electronic technical logbook developer must build into the UX an understanding of the flight deck environment where pilots are operating. Many pilots are already using in-flight apps, so an electronic technical logbook should look and feel like an extension of those. This includes inherently built-in dark modes for operating in night-time environments for example, and other unique requirements which come from working on an aircraft flight deck. Sounds obvious but not often done!

The widespread benefit of next generation electronic technical logbooks is an increasingly connected workforce. Airlines are striving towards connectivity across their operations, from check-in, in-flight connectivity right down to a connected and fleet-wide maintenance system.

This is the goal, and an effective electronic technical logbook allows pilots to communicate clearly and quickly with the whole team involved in flying an aircraft on the day of operations—spanning mechanics, maintenance control centers, engineers and more.

There are also benefits which extend into aircraft safety. When dealing with a paper logbook, mechanics have to wait for an aircraft to land, taxi and have passengers disembark before even accessing the paper log. The mechanic records the faults, then manually inputs it into the core maintenance system. Core systems then run a complex compliance analysis and validation, which flags any faults—sometimes delaying the turnaround time or, even worse, flagging after an aircraft has left for its next destination.

With an electronic logbook inputting data into the core system in real-time, compliance discrepancies can be caught immediately, preventing the release of an aircraft in a non-compliant state.

According to Frost & Sullivan, Tier I airlines in particular, take a holistic view of digital transformation, viewing it as an umbrella term that embraces changes to culture, business models, people, products, as well as advanced technologies. The adoption of electronic technical logbooks should be considered a key part of the digitization of airline processes, because maintenance should be a focus point for them.

Why? By arming the pilot with logbook information well in advance, and connecting the entire operations workforce, airlines can significantly minimize the last-minute surprises which contribute to longer aircraft on ground (AOG) scenarios—keeping planes in the air, passengers happy and looking after that bottom line.