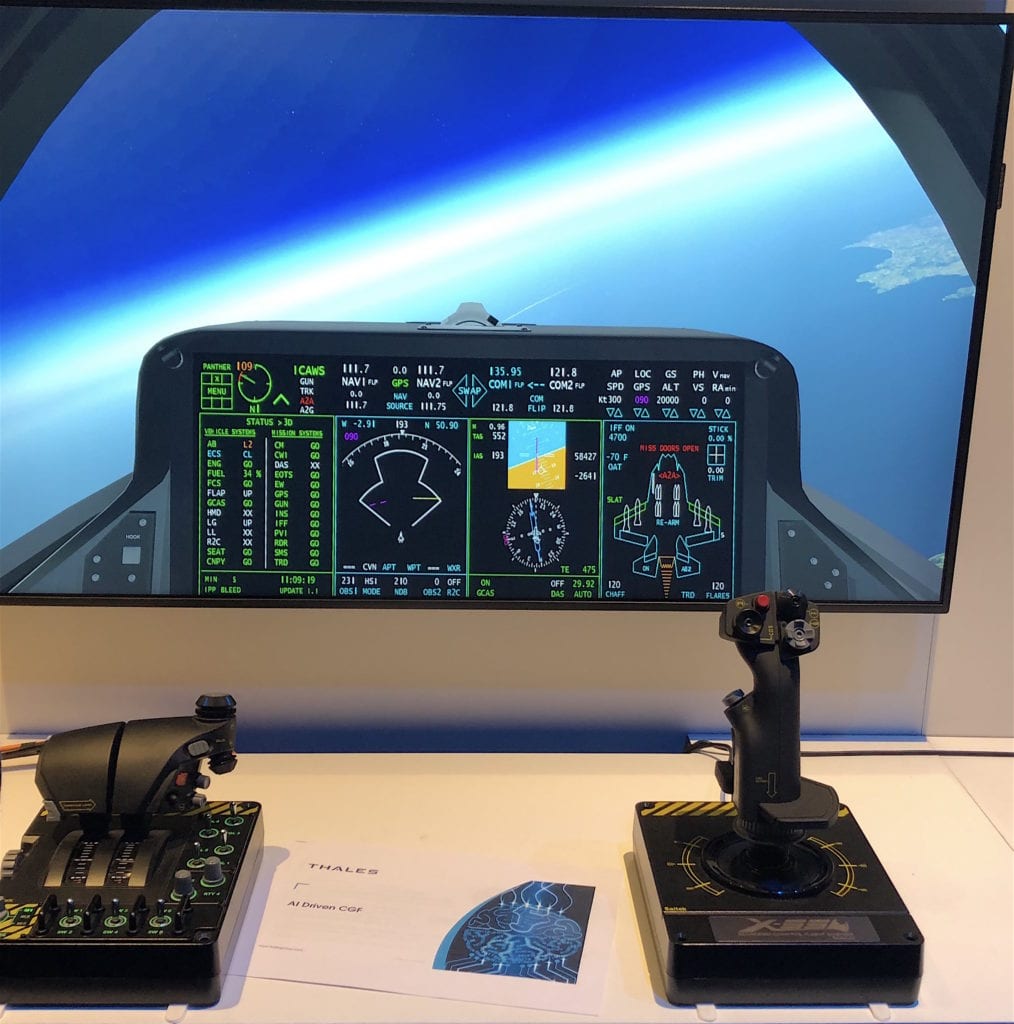 After acquiring Psibernetix in June, Thales software engineers showed how they're improving upon the machine learning algorithm developed by the company to make blue force/red force fighter pilot training more human-like during their InnovDays 2019 event in Paris La Defense.

In June, Thales acquired Psibernetix, an Ohio-based startup that developed processes that enable AI decisions to be mathematically verified and validated with a machine-learning algorithm called “Genetic Fuzzy Trees.” Engineers that are currently improving upon those algorithms demonstrated the latest AI-based training software version of Psibernetix technology with an application programmable interface integrated into an X-Plane flight simulator environment for blue force/red force training.

“It is a type of machine learning, and it learns from trial and error," Ian Henderson, a software engineer at Thales told Avionics International. "It starts out like an empty brain, and when placed in scenarios and missions, the red force learns what it did that was good or what it did that was bad, and takes those lessons learned to become smarter."

Psibernetix has already proven its advanced AI-driven training scenarios with the U.S. Air Force. On its website, the company describes how experienced pilots such as Geno Lee, an Air Force adversary tactics instructor was unable to defeat the Psibernetix-developed ALPHA program.

Now, Thales engineers are improving on the ALPHA program's algorithm to make it even more human-like. For example, the red force adversary generated by the expanded version Thales is using will act and respond more dynamically to the simulated environment in real time, rather than following a scripted set of logic-based rules traditionally used in similar programs of the past.

“We have built a framework around the Psibernetix tool kit, we're training thousands and thousands of interactions and those interactions are playing out situations that a fighter pilot might actually see in combat,” Chris Cunningham, an artificial intelligence software engineer for Thales told Avionics International.

Cunningham explained how under the rules-based logic of previous fighter pilot training software platforms, enemy aircraft would only perform a certain set of scripted maneuvers in reaction to the trainee’s inputs. Every time the pilot uses the new expanded version of Psibernetix’s machine learning algorithm, the computer-generated force uses real-world information about the environment and how it evaded, for example, a missile that was fired at it. That helps to make the red forces smarter and more aggressive for every successive training scenario.

The ultimate goal for Thales is to develop certifiable artificial intelligence and develop red force training scenarios so realistic that the pilot using it to train would believe they were actually facing a human.

“This is not the same as the previous algorithm in Psibernetix that the US Air Force was using. This is almost like a complete redesign and a rework. We've taken everything that was good from the previous version and combined it with all of our knowledge of computer generated forces and combat simulated environments to marry the two together and give you what you see today,” Cunningham said.

Cunningham said more improvements to the program’s machine learning algorithm are in the works, and his team is also considering the development of training scenarios for other situations, such as airborne warning and control system aircraft or pilots that fly refueling missions in challenging environments. 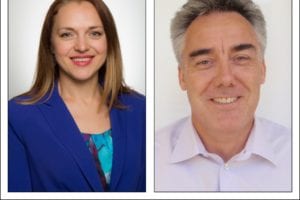 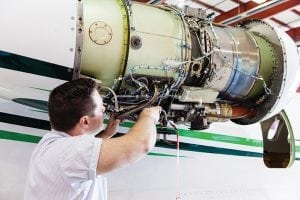