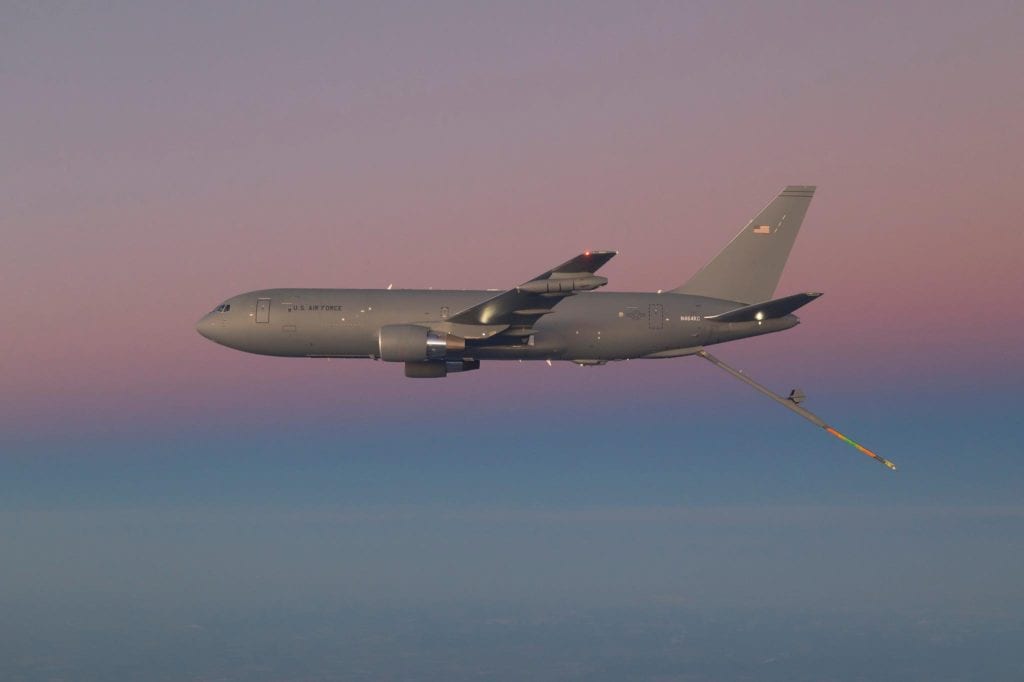 NATIONAL HARBOR, Md. – Despite a variety of problems remaining to be solved – including a new Category-1 deficiency – the Air Force continues to push for the new KC-46A aerial refueler to begin initial operations, test and evaluation (IOT&E) this fall and to hold Boeing’s feet to the flames to deliver improvements.

The leader of Air Mobility Command made it clear Sept. 18 that the Air Force will not tolerate further delays on solutions for the KC-46A Pegasus’ existing program deficiencies.

Eight months have passed since the first two KC-46 aircraft were delivered in late January and prime contractor Boeing “has not made the progress needed” in addressing issues with the aircraft’s Remote Vision System (RVS), as well as the other major deficiencies, said AMC Commander Gen. Maryanne Miller in a Wednesday media roundtable at the Air Force Association’s Air, Space and Cyber conference here.

“It is my hope that Boeing recognizes and shares my level of concern and urgency in this matter,” she said.

AMC is focused on resolving the outstanding four Category-1 deficiencies as well as the 500 Category-2 deficiencies, and is targeting IOT&E in fall 2019 with fielding to take place over the next three to four years, she said.

Boeing is working on both interim and long-term solutions for the locking issue, KC-46 program manager James Burgess told Defense Daily on Tuesday at the AFA conference.

The aircraft has a unique locking mechanism that secures cargo pallets to the aircraft floor tracks with a small lock that twists into place. “The issue that the Air Force has reported is that these [locks] are coming slightly unlocked,” Burgess said. There have been no reported incidents of the locks coming fully undone or of cargo pallets shifting within the aircraft, but test operators reported that some were shifting “off-center” from where they were meant to lock in after unloading pallets.

After performing a “root cause investigation,” the issue appears to be a “dynamic interaction” between the lock and the aircraft, forcing the mechanism to become ajar, Burgess said. The KC-46 team has begun work on several prototypes that for now involve some sort of secondary lock mechanism and plan to have a design available to the Air Force “pretty soon.”

In the interim, Boeing may also propose a solution such as tie-down straps that would provide enough security for the Air Force to resume limited flight tests with cargo, he noted. Miller said the Air Force prefers to have the definitive lock solution in place before resuming cargo or passenger flights.

Miller said there is a meeting scheduled with Boeing Sept. 30, during which the company and service will discuss the fixes.

Boeing continues to work on resolving the other Category-1 deficiencies that remain on the KC-46 program, Burgess said. Work continues on the RVS, which allows boom operators to observe refueling through a rear-facing camera rather than a window in the aircraft. Boeing and the Air Force have reached agreement on the performance requirements for the fix, he said. The company is financially responsible for fixing the RVS.

Another Category-1 deficiency involving the RVS’ acuity concerns relates to the boom scraping against the airframe of receiver aircraft.

The basics of the upgrade come down to “dynamic contrast adjustments” that will allow operators to have a clear picture of refueling regardless of the environmental conditions outside the aircraft. Boeing plans to work with the RVS’ supplier Collins Aerospace to deliver a new design and ultimately a solution “as soon as possible.”

Miller said that a new RVS design from Boeing must meet all of the nine performance parameters the company and service jointly agreed upon. “It’s a pass/fail grade,” she said Wednesday. She added that she is satisfied with progress on seven of those parameters, but she noted the two issues related to acuity – allowing airmen to maintain 20/50 vision while surveilling boom operations – and depth perception remain concerning due to how complex they are.

Boeing is also under contract to help the Air Force resolve the Category-1 deficiency involving the boom’s difficulty in connecting with the lightweight A-10 attack aircraft, which the Air Force is funding as it was a requirements issue. The Defense Department’s Office of the Inspector General announced earlier this week it plans to evaluate the service’s requirements process for the boom. Burgess said a design is expected to be finalized by mid-2020.

Miller said she is confident that the foreign object debris (FOD) issue that had halted deliveries earlier this year had been properly addressed by Boeing, and that the last aircraft to be accepted did not contain any FOD. The Defense Contract Management Agency and the Air Force will continue their “watchdog” monitoring role for FOD for future approvals, she added.

All new weapon systems come under criticism and the KC-46 is no different, Burgess noted.

Miller noted that airmen who have experienced the aircraft so far “love the airplane” and are excited for its new capabilities. Nineteen KC-46 aircraft have been accepted for delivery since January, and 18 have been actually delivered to McConnell and Altus Air Force Bases in Kansas and Oklahoma, respectively, and to Pease Air National Guard Base, New Hampshire.

She reaffirmed the Air Force’s commitment to working the platform and discounted questions about shifting toward an Airbus platform or a leasing partnership between Airbus and Lockheed Martin for the A330 MRTT in the future.

“We’re on a path with the KC-46 and the 135,” she said, adding, “It’s a great airplane. We just have to ensure that it stays on a three- to four-year track to be ready for the warfighter.”

Meanwhile, should the KC-46 suffer additional delays, the Air Force is working on the “possibility” of slowing down planned retirements of the KC-135 tankers, which the KC-46 is meant to replace, Miller said. 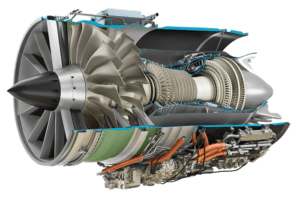 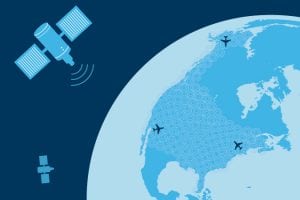