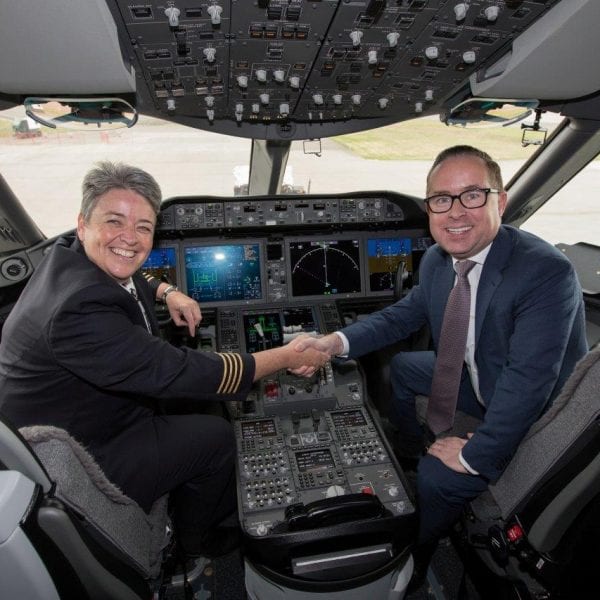 Qantas will make a final decision in December on which Airbus or Boeing airplane model, the A350 or the 777X, will become its Project Sunrise airplane in the future serving non-stop routes from Brisbane to Paris, Melbourne to New York and Sydney to London.

"We’ll be making the final YES-NO decision on Sunrise by the end of this year. In the meantime, we have an opportunity to do some exciting research," Qantas CEO Alan Joyce said in remarks published with Australian carrier's fiscal year 2019 results.

"We know that Boeing and Airbus have aircraft that can do the job, and we have their best-and-final offers on the table – including a compelling offer from Boeing to deal with any delay to the 777X. We have a high-level design of what our cabins would look like. And we’re working with regulators to allow flights beyond 20 hours," Joyce said. 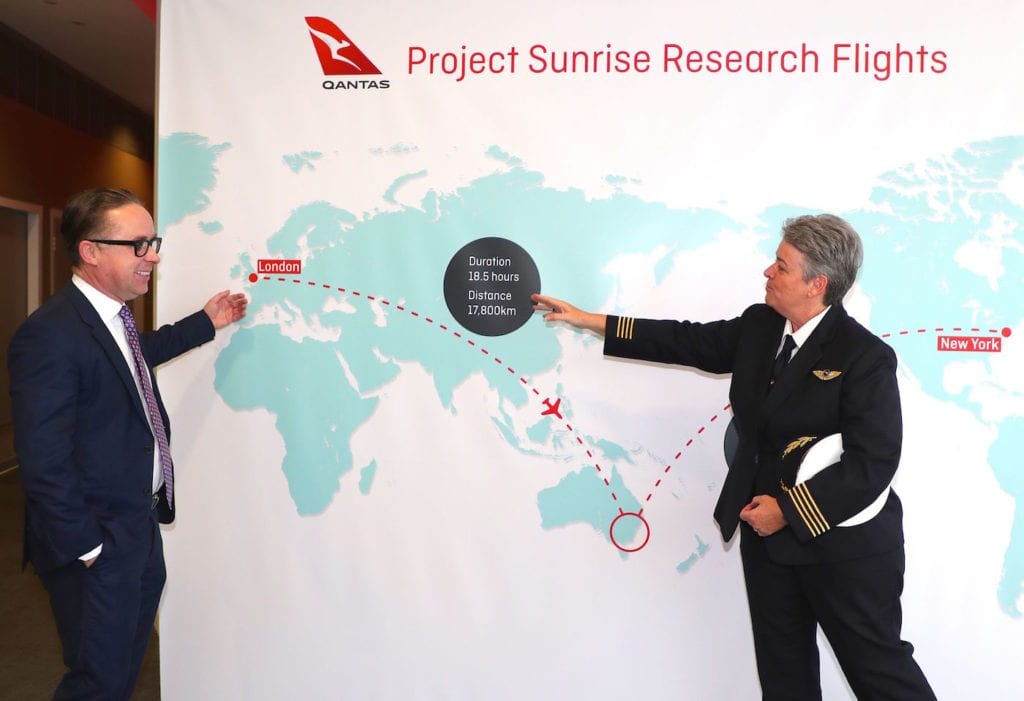 Captain Lisa Norman points to one of the Project Sunrise routes. Photo: Qantas

Under a new agreement with Boeing, Qantas will re-purpose the scheduled empty flights of upcoming 787-9 deliveries in October, November and December as research flights for the long-haul routes.

Both aircraft will feature up to 40 onboard flight crew and passengers and simulate the real conditions of two Project Sunrise routes, from New York to Sydney and London to Sydney. Each flight is approximately 19 hours. Pilots flying the two 787s will wear electroencephalogram devices, designed to measure how alert they're throughout the 19-hour flights by tracking their brain wave patterns.

Each person onboard will be equipped with wearable technology devices designed to help monitor sleep patterns, food and beverage consumption and the overall impact of the flight conditions on the health and "body clock" of those onboard. 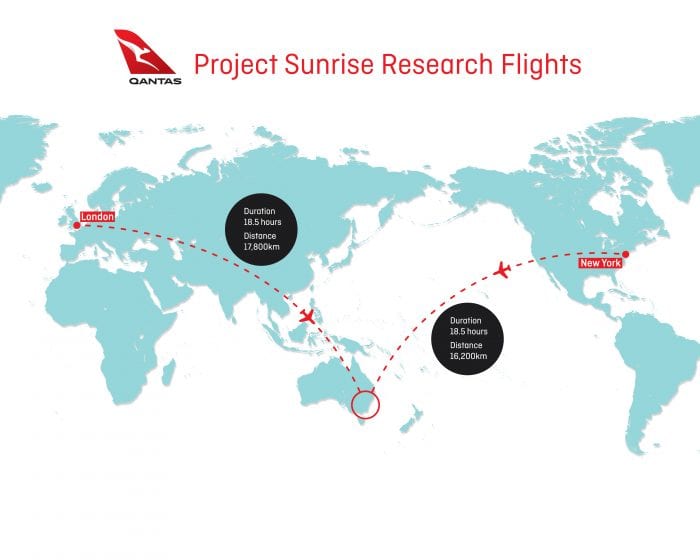 Australia’s regulatory authority, the Civil Aviation Safety Authority will also use data collected by the onboard medical crew to establish new regulatory requirements for the long-haul flights.  Two Australian universities, Monash University and Sydney University's Charles Perkins Center will participate in the onboard research portion of the flights.

“Ultra-long haul flying presents a lot of common sense questions about the comfort and well-being of passengers and crew,” Joyce said. “These flights are going to provide invaluable data to help answer them.

Qantas embarking on the new research project continues a challenge that Joyce made to Airbus and Boeing two years ago upon reporting the Australian carrier’s financial results for the year. The flight time barely edges out the current longest commercial flight from Singapore to Newark, New Jersey, operated by Singapore Airlines. The flight from New York to Australia will be a world first. 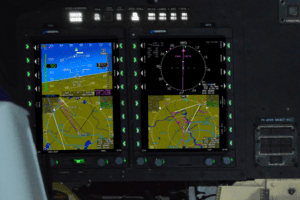 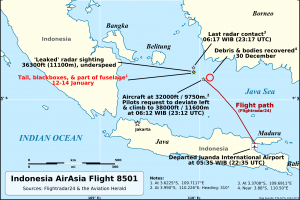