Policy Discussions on Ethical and Responsible Use of Autonomous Weapons Likely 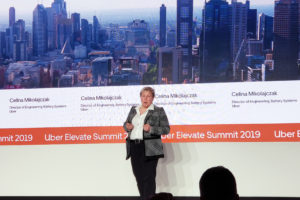 To certify battery packs for use in electric vertical-takeoff-and-landing (eVTOL) vehicles, companies need data. But, how do you test something that isn't yet happening?

Painstakingly, it turns out.

The first step is to clearly define the mission. Uber knows that whether the application is scooters or air taxis, it is needs batteries capable of performing rideshare missions. That means a lot of repeated, short trips, which tells you a lot about what kind of battery you want, according to Celina Mikolajczak, the battery expert Uber poached from Tesla to act as its director of engineering for energy storage systems.

"This aircraft is very power hungry on takeoff and landing," Mikolajczak said Wednesday at Uber's annual Elevate summit in downtown Washington. "That’s a key characteristic of any battery that’s going to be flying this aircraft. … It has to have range, too. You have to recharge quickly. ... Fast charge is one of those things that can degrade a battery pack if you don’t do it properly."

If the battery falls below a certain threshold, the aircraft can no longer reliably operate and be counted on to get where it needs to go, she said. Another chunk of reserve power should always be held onto for emergencies — ideally, it's unused but can be safely dipped into if something unexpected happens. 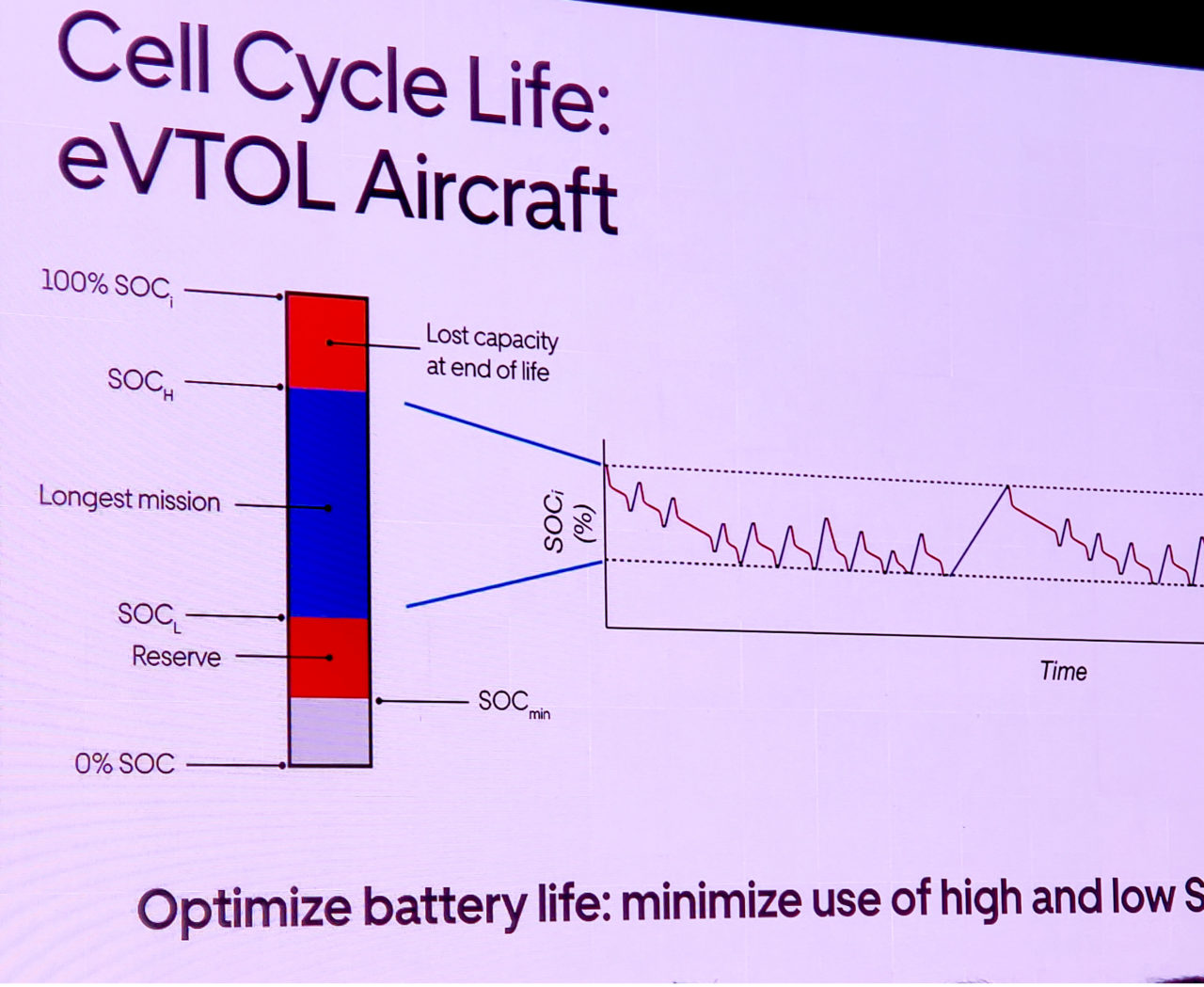 The middle of the battery pack — the part between the percentage expected to degrade and the part that will be regularly kept in reserve — is the sweet spot. That portion of battery needs to provide enough range for an aircraft to perform the longest mission it might be called on to perform.

Throughout the day, aircraft batteries will be flying shorter flights and getting in small charging sessions as their schedules allow, but the entire day's operations are expected to stay within that sweet spot. That should ensure a battery's operational standard is repeatable until it is removed from service, but it keep the batteries in operation for as long as possible — a requirement for Uber to meet its margins.

“Every battery, every cell, every chemistry, is going to have a sweet spot where you can use it without degrading it as much," Mikolajczak said.

That pattern is similar to the one her former employer, Tesla, recommends to its drivers to maximize battery life. Rather than discharge until empty and then charge to 100 percent, the companies recommend using full charges for long road trips that need the range. Daily commutes should be done on between 50 percent and 70 percent charge.

More modeling is needed to determine how fast batteries will degrade flying air taxi missions on vehicles that are still on drawing board.

Uber uses a Ragone plot — a chart plotting specific energy vs. specific power. Each point on the chart shows the amount of time for which a certain amount of power can be delivered by an energy storage device. Maximum discharge is required for liftoff while steady discharge is appropriate for other operational phases, including cruise.

Want more eVTOL and air taxi news?Sign up for our brand new e-letter, “The Skyport,” where every other week you’ll find the most important analysis and insider scoops from the urban air mobility world.

Any battery has to have cells packed with material for the structure, thermal management, and to connect things. Creating a battery pack of which 80 percent is power cells is a big challenge, Mikolajczak said, but one she believes is surmountable.

Uber still has a couple battery cells that look like they might be appropriate for eVTOL applications, such as the E-one Moli P42A. At this point, the company starts actual testing. It selects those cells and cycles them over and over to simulate the load they would experience in working conditions.

There's a bit of chicken-and-egg here, because the company needs to both test the impact of the repeated charge-and-discharge while also searching for the most effective charging method. Because it wants the best battery, it starts with something pretty robust: Charging at a 2C rate and discharging as if the vehicle its on is cruising for 25 miles in a 77-degree environment, hitting a peak e-rate during liftoff of 4 and holding a 2.2E rate for 8 minutes, higher than the specifications of most cells. (E rate is a method of measuring discharge rate against watt-hours; a 4E rate would mean quadruple the speed indicated by the rated watt-hours.) 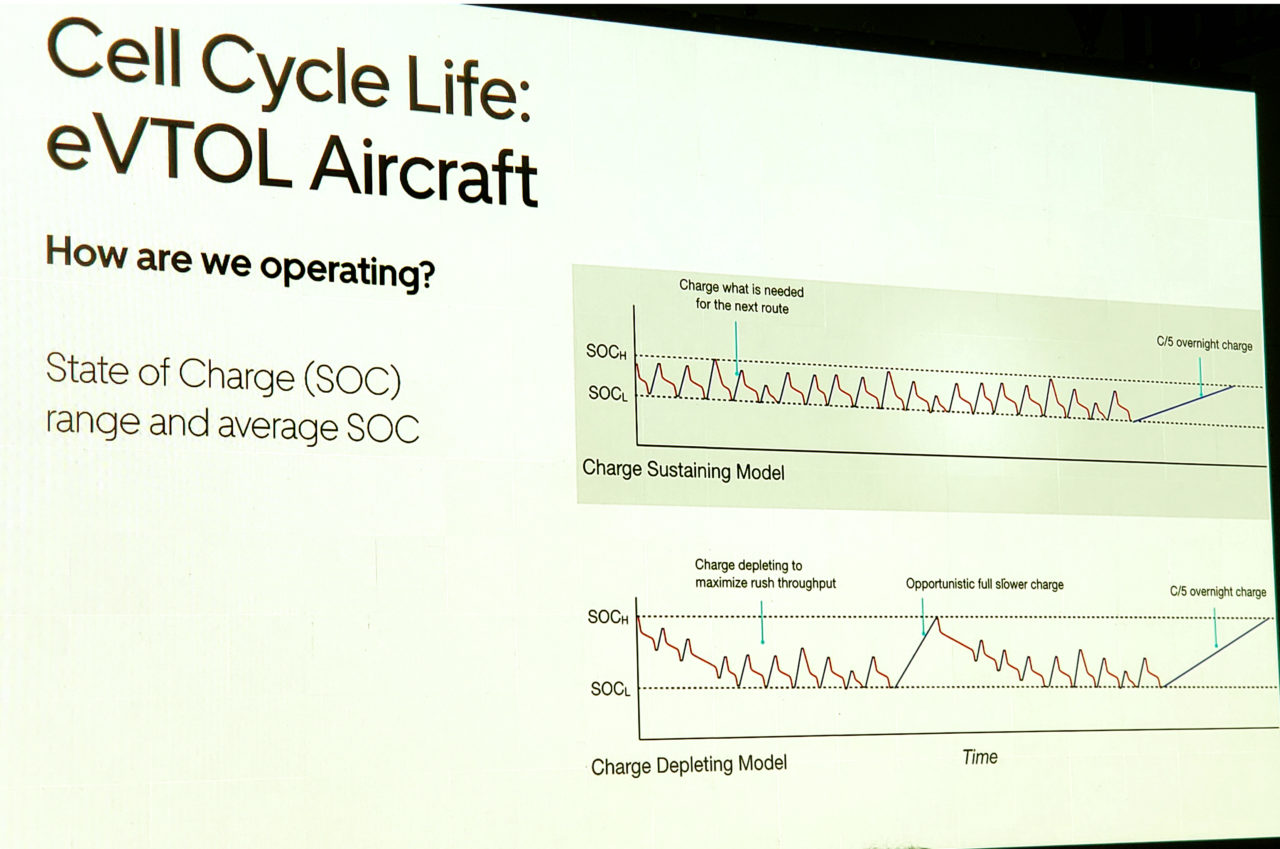 Mikolajczak and her team then checked up on the cells every 400 flights worth of cycles. If the company wants to fly 10 or 12 missions per day, it isn't practical to replace the battery pack every few months, as some were found to require. But, the testing showed that staying within the charging sweet spot provided "substantially better performance," and some tested batteries could last a full year.

Uber has more testing to do. It can refine its next tests further with the data it's now getting — both from this first round of testing and from its manufacturing partners on what their vehicles will require — to continue to probe the limits of the batteries, check additional flight cycles under different conditions and see how they perform in case of failures. 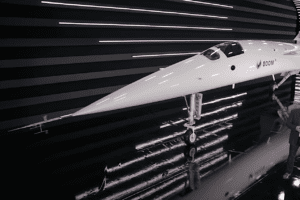