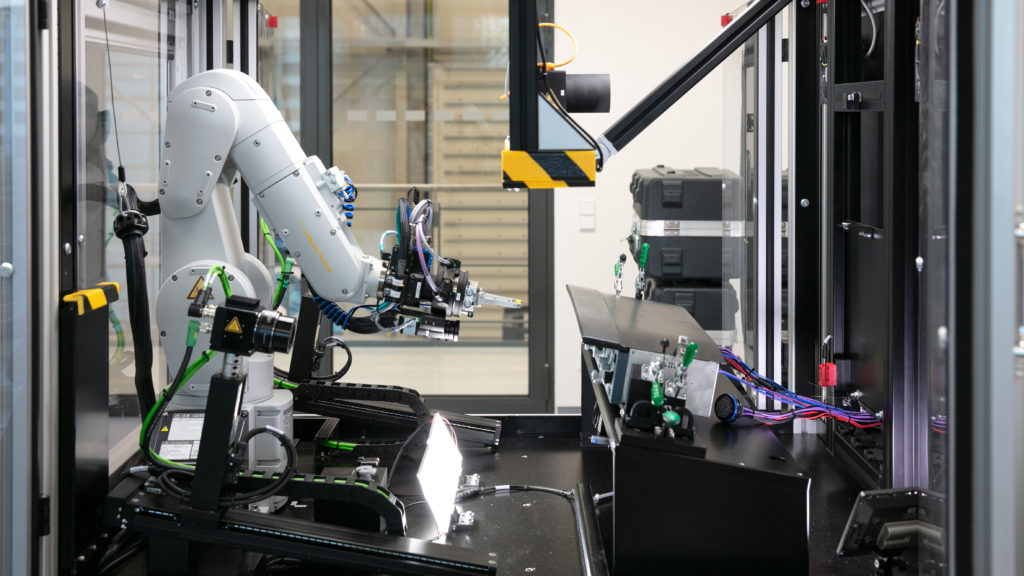 Editorial Note: This is an excerpt from our article on emerging automated test equipment technologies featured in the May 2019 edition of Avionics International. Check out the full version here.

Lufthansa Technik is reducing between one to two hours of human labor through the introduction of a new robot that is capable of performing cockpit control panel testing. Right now, Lufthansa’s engineers are fine-tuning the robot and it’s project team leader has not stated whether they will make it commercially available for purchase or keep it exclusively to be used by engineers at Lufthansa’s Hamburg, Germany commercial airplane maintenance hangar.

The project has been officially branded by Lufthansa Technik as Robot Controlled Cockpit Electronics Testing (ROCCET).

One of the main human labor testing tasks that the robot will help automate is the physical threshold values for the brightness of LED displays.

“In view of the rapidly growing market of collaborative robots we were at first looking for use cases to reduce manual work efforts by employing a co-working robot. When this effort did not result in a fully collaborative robot, we went one step further and completely automated the whole test procedure,” said Florian Sell, Lufthansa Technik’s project leader for ROCCET. 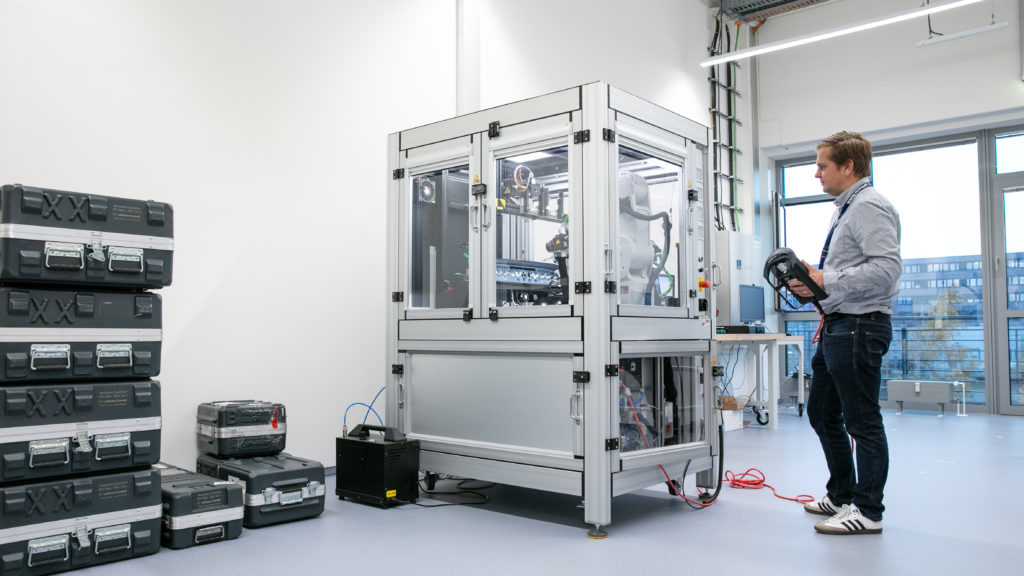 According to Sell, the time-consuming process of checking all of the LED lights and switches in a cockpit panel can take one to two hours. The cockpit panels are removed from aircraft and then maintenance workers must check each individual switch one by one. If no fault is found, that hour is lost on time that could have been used to identify an actual fault.

“The time-consuming check of all the LED lights and switches in a cockpit panel usually took even a trained worker one to two hours. Now that ROCCET takes over this task, the human worker can fully concentrate on the core elements of his job, which is finding and rectifying faults in the cockpit panel,” said Sell.

The robot is also capable of providing the same concrete measurement data in accordance with internationally acceptable airworthiness standards that modern software tablet-based programs used by technicians can capture. There are also sensors built into it’s automated testing functionality that can measure the forces that occur when switches are activated in flight and whether a switch or other panel control needs to be replaced.

“The automated testing process is currently in its integration phase and will replace the manual testing process step by step. Initially it will be used for cockpit controls on Airbus A320 and A350 and Boeing’s 787. In the future, its use may also be extended to other cockpit and cabin controls on all aircraft types,” he said.