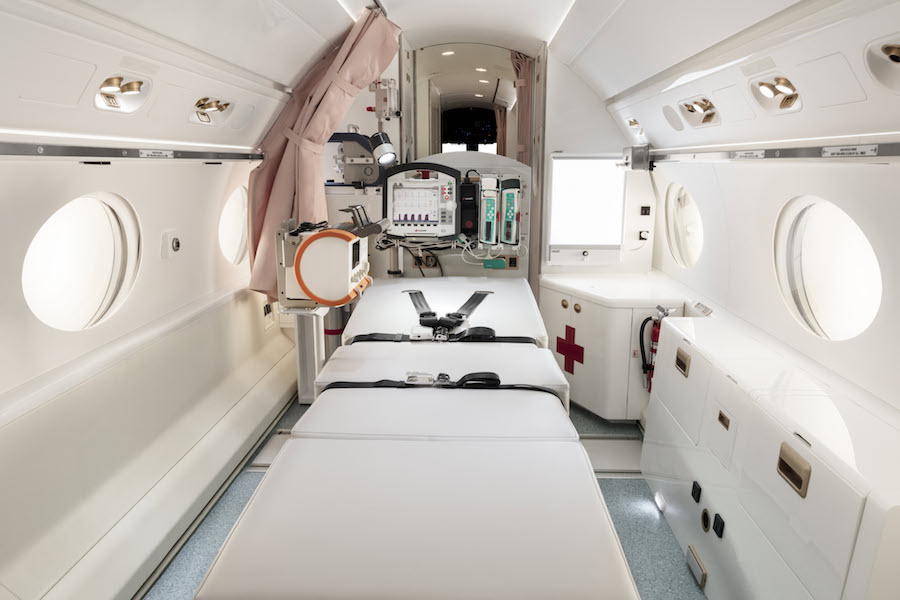 The interior of a Gulfstream G550 modified for air ambulance operations for the Beijing Red Cross. Photo: Gulfstream

SAVANNAH, GA -- General Dynamics Gulfstream’s special missions division is seeing renewed interest from government and multi-mission operators for the use of its modified business jets as air ambulances.

The renewed interest is not necessarily the result of the use new engines or advanced navigation systems, but rather because of some of the distinct advantages the aircraft hold in comparison to commercial airliners, according to Leda Chong, vice president of government programs at Gulfstream.

In July 2018, Gulfstream delivered a modified G550 to the Beijing Red Cross Emergency Medical Center, providing the air medical industry’s first capability for 360-degree access to patients in-flight. That type of access creates the ability for doctors to perform surgery if needed.

The aircraft also features a powered gurney loading system and a bed designed to accommodate an infant incubator. Beijing has also expressed interest in adding a modified G650ER to its fleet of medical aircraft, although that purchase has not yet been finalized.

Chong said one of the reasons operators are inquiring about the use of Gulfstream jets as air ambulances results from the type of cabin environment that has become standard on new G500s, G550s and G650ERs.

“Often times, medical patients can’t travel because the cabin pressure is too high,” said Chong. “On a Gulfstream airplane, when they are flying at typical cruise altitude, roughly 41,000 feet, those cabin altitudes can range from the low and mid 4,000s to the high 3,000s. So think about that, you are now experiencing an environment that is much closer to what you experience on the ground, and so that is very conducive for transporting patients.”

Chong compared that environment to what passengers typically experience on a commercial airliner with a cruising altitude of 35,000 feet. The average cabin pressure experienced by commercial airline passengers is closer to 8,000 feet with some exceptions.  Experiencing cabin pressure of 8,000 feet or more can start to make passengers feel altitude sickness or a lack of oxygen in some cases. That becomes even more challenging for a person experiencing a severe medical condition.

The special missions division has also developed a patient loading system for the business jet configuration of the G550 that can be added to the aircraft in less than 30 minutes. That has drawn interest from business aviation operators who do not provide air ambulance operations to start approaching their aircraft as being ready for multi-mission operations, rather than being confined to executive lift.

Additionally, the fresh air aspect of the Gulfstream cabin environment has also helped to differentiate it from competitors.

“We’ve been able to design into our engines the ability to flow fresh air every two minutes. That’s important for someone who may have a compromised immune system. But also when you think about it on the crew side, when you have crew flying for long operational missions, that’s also going to play into crew fatigue. So if you have pressurization at lower cabin altitudes and that fresh air being circulated those two things combined will contribute to a lesser fatigued crew,” said Chong. 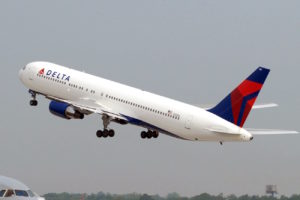