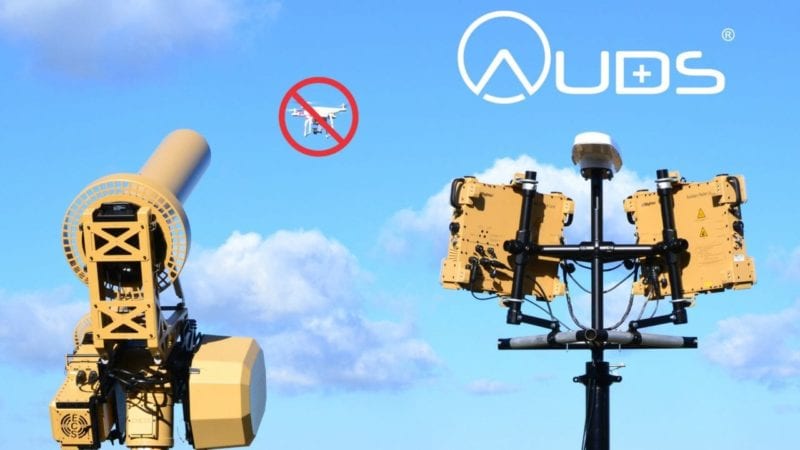 As airports and governments step up their efforts to track unmanned aircraft and deter their disruption of commercial air operations, the FAA is hinting that automatic dependent surveillance-broadcast (ADS-B) systems will not be sufficient to identify such drones.

One solution to such drone disruptions is a "reliable Remote ID or ID Tracking system," Mark Colborn, a senior corporal and instructor pilot for the Dallas Police Department Helicopter Unit, wrote in an email to R&WI on Jan. 3.

One of the motivations behind the new FAA Reauthorization Act, P.L. 115-254, "is, eventually, everything flying in the NAS (National Airspace System), including hobby drones and light sport aircraft, will have to be equipped with Remote ID," Colburn wrote. "And from what I have read, it won’t be ADS-B."

Indeed, a number of FAA "beyond visual line of sight" waiver approvals under 14 CFR 107.31 for small UAS (sUAS) state that "ADS-B out (1090/978MHz) may not be transmitted from the sUAS when operating pursuing to this waiver."

"The industry and the FAA both realize this is a critical area that must be addressed before any rule making can take place," Colburn said. "My research has shown that there is confusion, disagreement, and divergent agendas separating industry and government (specifically federal law enforcement) on the resolution of recommendations for Remote ID or ID Tracking. More research and development is imperative before rule making can begin. A consensus is critical and must be reached."

The tracking approach may be less rife with regulatory pitfalls than counter-drone technologies.

The British military was initially reported to have deployed the Drone Dome counter-drone system, built by Israel's Rafael, to help Gatwick authorities during last month's incident after police tried, without success, to identify the drones using a tracking system made by Chinese drone company DJI. Subsequent reports indicated the system was actually one called the Anti-UAS Defense System, or AUDS, developed by a consortium of U.K. defense contractors. AUDS is capable of detecting, tracking and defeating small unmanned aircraft by combining lectronic-scanning radar target detection, electro-optical (EO) tracking, classification and directional RF inhibition capability, according to information from LiteEye, which distributes the system in the U.S.

There appear to be a host of issues that may slow down the deployment and use of active anti-drone systems, however. The FCC, for example, and other communications agencies around the world limit interference with radio waves, and non-governmental entities typically are prohibited from jamming signals.

"The FAA does not endorse or advocate for the use of countermeasures in the airport environment, given the likely resulting impact on the safety and efficiency of the NAS (National Airspace System," according to a letter last July 19 to U.S. airport sponsors from John Dermody, the FAA's director of airport safety and standards. "Further, successful mitigation (using, for example, electronic countermeasure capabilities) is reliant on accurate detection. Therefore, the use of countermeasure technology and the potential response of the targeted UAS (unmanned aircraft system) when engaged could introduce greater hazards to the NAS than the UAS-based hazard it is intended to mitigate. The FAA expects other actions, such as implementation of UAS remote identification requirements, to be more effective and cost-efficient to address the concern related to non-compliant UAS operations on and around airports."

Counter-drone companies promoting active measures "simply don’t have all the federal clearances they need to be able to deploy their systems in a civilian setting," Colborn told R&WI. "One of the biggest reasons is receiving FCC or other government approvals for their products. Most of these systems involve active radio frequency transmission or laser emitter countermeasures, not passive measures such as DJI’s counter drone system. They are essentially powerful radio transmitters or lasers and have the potential to cause unintended damage or huge disruptions to existing public safety and commercial radio communication systems. They also have the potential to completely disrupt frequencies in the unlicensed public WiFi band as well as those public bands allocated for video transmissions."