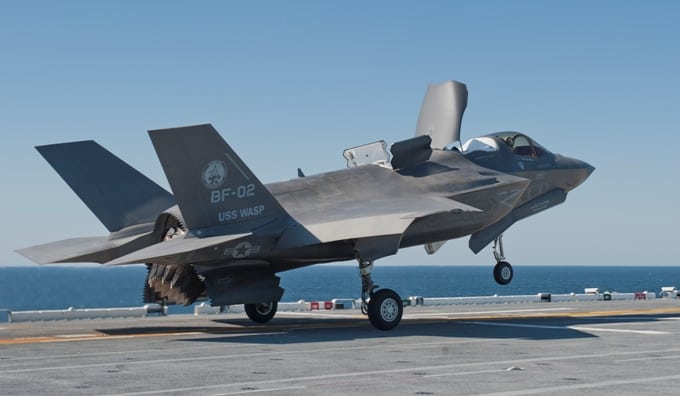 The U.S. Navy has awarded Lockheed Martin a contract modification that allows the company to take the first steps toward a Lot 12 contract of the F-35 Joint Strike Fighter worth up to $22 billion and including 255 aircraft.

The current modification, worth $6 billion, is for the production and delivery of 106 F-35 aircraft to the U.S. military, to include 64 F-35A variants for the Air Force, 26 F-35B vertical-takeoff-and-landing platforms for the Marine Corps and 16 F-35C Navy aircraft, according to the contract release. It also includes 89 F-35A and B variants for non-DoD partner nations and 60 F-35A aircraft for foreign military sales customers, along with “long-lead parts” for Lot 14 F-35 development.

The contract modification funds the continuation of production activity for all Lot 12 aircraft, as well as aircraft for several international customers in LRIPs 12, 13 and 14, according to the company. LRIP 12, 13 and 14 aircraft deliveries will begin in 2020, 2021 and 2022, respectively.

“This award brings the Department of Defense into compliance with congressional direction by placing all 20 FY18 (Lot 12) and 16 FY19 (Lot 13) congressional plus up aircraft on contract,” Lockheed Martin said.

In September, Lockheed Martin and the Defense Department agreed on a new $11.5 billion contract that brings the price of an F-35A below $90 million for the first time. That contract covered 141 F-35s and will go into effect in 2019 with low-rate initial production (LRIP) Lot 11 to represent an average price reduction of 9.2% across the joint strike fighter's three variants.

That announcement followed the selection of Harris to supply an upgraded F-35 integrated core processor (ICP) beginning in 2023. Harris describes the upgraded ICP as providing 25 times the computer processing power of the F-35's existing core processor. The ICP is one of more than 60 planned avionics hardware and software upgrades that will be added to the F-35 over the next decade.

Work on the new $6 billion modification contract is expected to be completed in March 2023. About $6 billion is being obligated at the time of award, divided between fiscal years 2018 and 2019. The work on the new contract will be performed at Lockheed Martin locations in the U.S., United Kingdom, Italy and Japan.

This article was originally published in Defense Daily, a sister publication to Avionics International. It has been edited. 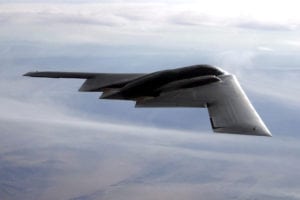 B-2 Modifications on Track for 2019 Milestone