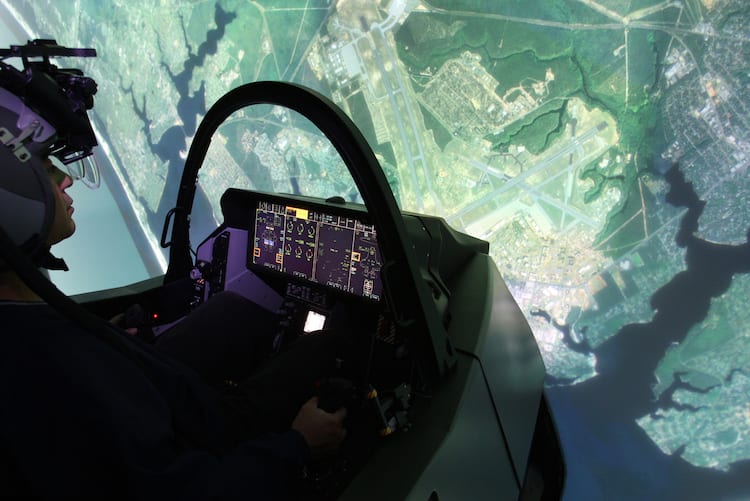 Pilots training to fly the F-35 Lightning II will soon have the ability to virtually fly with up to 12 flight simulators networked together across different bases and training facilities as if they were flying within a fully integrated environment.

Lockheed Martin describes the concept as distributed mission training (DMT), which will be a generational leap in fighter jet flight simulator training technology compared to what’s available to F-35 pilots today. Starting in 2019, F-35 pilots training at the U.S. Air Force Weapons School will be introduced to DMT, prior to Lockheed expanding the integration of the technology into other areas of training.

“The training is focused on allowing more than four simulators to be networked together, which is what they’re able to do today. DMT enables pilots to train together in a distributed fashion, where F-35 pilots will be able to train as 12-ship together, and we're looking at increasing the blue force package and increasing the scenario to maximize training, so forces are training just like they will fight in an integrated environment,” he said. 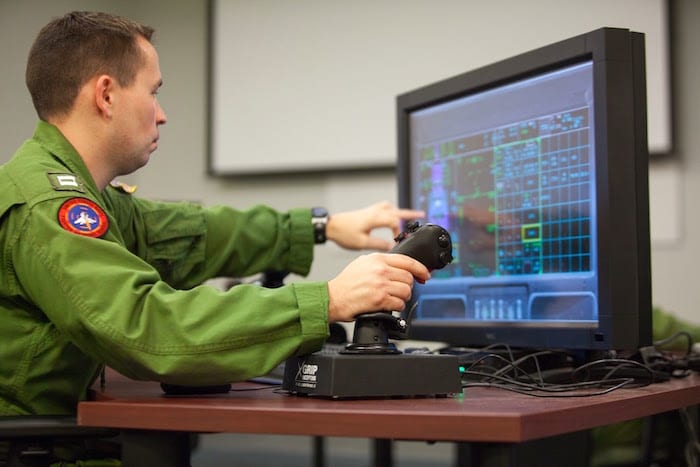 A goal for introducing the DMT technology is to also allow F-35 pilots to virtually fly with other fighters, tankers and surveillance aircraft from other locations as well. All of the simulators will be connected across a virtual network.

Dixon said F-35 training software has been continuously updated in line with communications, navigation and surveillance upgrades being introduced to the aircraft itself. Over the next 10 years, the fifth-generation fighter jet will see some 60 different software and hardware upgrades, including Raytheon’s upgrade to the distributed aperture system (DAS) to be introduced beginning with Lot-15 F-35s.

“The simulators we’re using are operational flight program technology, meaning they have the exact same software and code that the aircraft has, there’s no difference. One of the capabilities that we try to ensure the pilots are used to is turning the DAS mode on and looking through the airplane,” said Dixon. 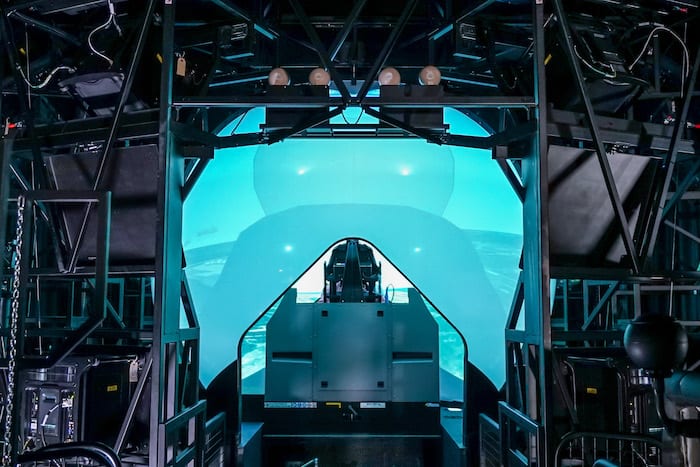 F-35 simulators have now all been upgraded to include Block 3F training software as well. That upgrade has additional weapons, communication and expanded sensor mode upgrades among other new functionality.

While Dixon did not provide a firm date on when the new DMT training technology would become available, it will start in the U.S. before expanding to F-35 pilots training in the U.K.

"That capability will start to roll out next year, we’re going to start with the Air Force as the lead recipient, and then we’ll continue to follow that with the U.S. services and the U.K.,” said Dixon.