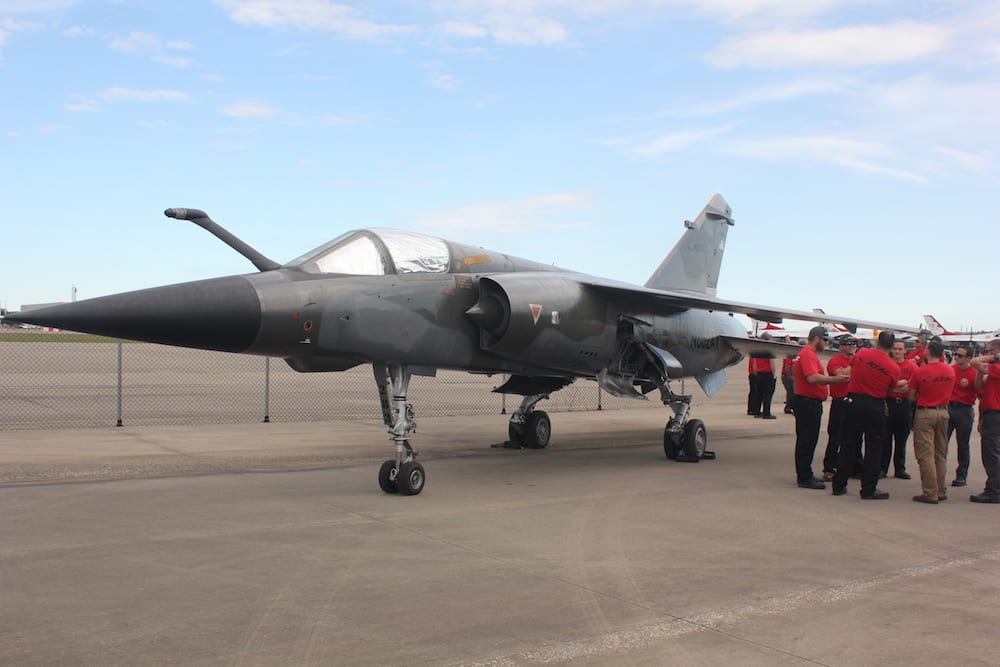 Jeffrey Parker certainly looked the part of dynamic, young CEO. Dressed in a stylish light gray “skinny” suit, he was standing at a podium under an event tent (bracketed by two parked fighter jets), delivering a short speech of thanks to the three dozen or so local officials and media types who turned out for his company’s groundbreaking ceremonies at bustling Alliance Airport.

As proof that you can take the pilot out of the cockpit, but can’t take the cockpit out of the pilot, JD (the nickname/call sign that Parker typically goes by) couldn’t stop himself from mentioning that only the day before he’d been flying old IAI Kfir fighters at NAS Oceana in Virginia Beach, Virginia, against U.S. ships and carrier- and land-based F-35s. For 22 years, ever since the U.S. Air Force Academy graduate and veteran of both operations Desert Shield and Desert Storm launched the world’s very first adversary air training company called Airborne Tactical Advantage Company (ATAC), Parker has been just as much a pilot as he has been a business man.

However, getting away from his desk and away from meetings with investors, employees and, now, executives of ATAC’s new parent company, Textron, so that he can fly as a mock-bad guy against frontline U.S. military pilots is bound to get harder and harder.

Parker now sits atop a civilian organization that owns more than 90 fighter jets, all of which are dedicated to making U.S. and international allied war fighters better prepared to fend off or take in enemy air assets. And with multiple multi-million-dollar U.S. Navy, Air Force, Marine and even Army contracts currently or soon-to-be up for bid, ATAC and its principal competitors Draken International, TacAir and Top Aces are gearing up to bid for and win big shares of that work and revenue. Although Parker still very much enjoys the flying part of his job, the businessman part almost certainly will be consuming an ever larger share of his time.

Indeed, that’s why Parker and other ATAC and Textron leaders were in Fort Worth, Texas, recently. Last year ATAC, backed by Textron’s money and Textron CEO Scott Donnelly’s thirst for larger revenues, ATAC bought the French Air Force’s entire fleet of Dassault Mirage F1s. That’s 63 planes in total, plus more than 150 spare engines and millions of spare parts. Eventually all 45 of the F1s that ATAC plans to restore to flying condition, plus the remaining F1s in that French Air Force batch and all the added spare parts and engines, will be based at Alliance Airport in what the company is calling its Adversary Center of Excellence.

That facility also will become the work home of 200 or more maintainers, pilots and administrators. Parker said ATAC chose the Alliance location as home base for its F1 fleet because its mid-continent location means it can deploy planes quickly easily to any training location in the nation and because of the overwhelming abundance of highly skilled and experienced aircraft maintainers, technicians, engineers and program administrators available in the aviation-dominated North Texas market. The icing on the cake, he said, is that Textron-owned sister company Bell is headquartered only a few miles away and operates its own training facility at Alliance.

“We, essentially, are standing up a small new air force of our own,” Parker said, only half-jokingly. “We started this industry 22 years ago, which seems like a long time, but we’re really just now beginning to grow as an industry. There’s lots of opportunity ahead for us.” 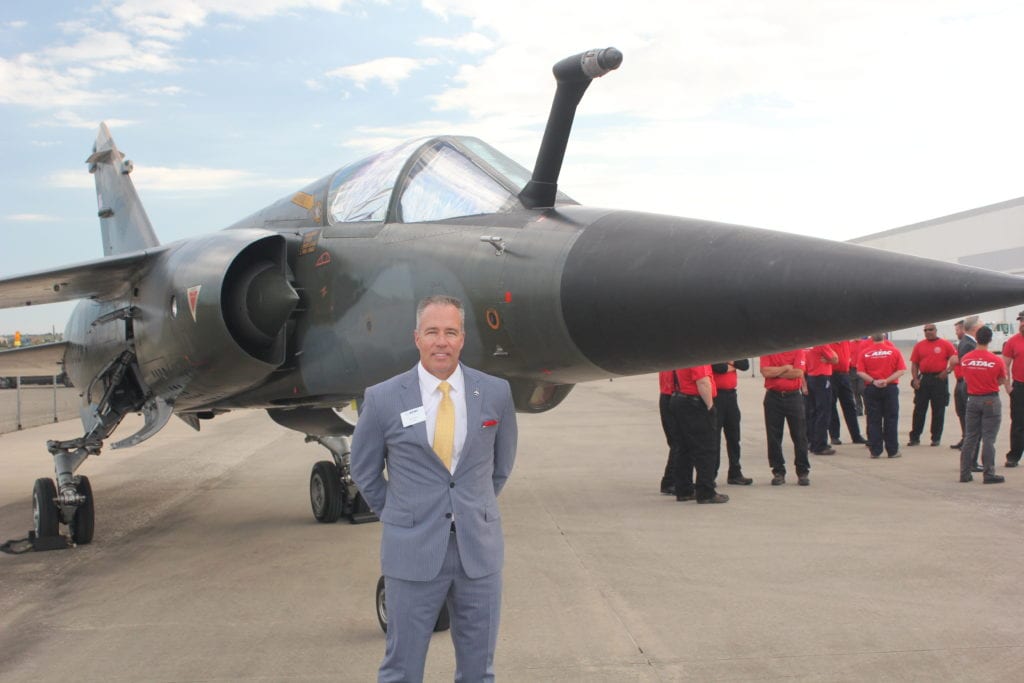 By next summer, Parker expects the first 13 or so F1s to be flying in support of U.S. military training missions. Though Parker is an Air Force man at heart, and though ATAC has done work for the Air Force and Marines from time to time, the Navy always has been ATAC’s primary customer. But the big news in the adversary air, or ADAIR, training world is a huge new opportunity for ADAIR companies to take over essentially all of the Air Force’s adversary training flying work — approximately 40,000 hours a year worth of adversary air time — over a 10-year period beginning next year.

In June, the Air Force issued requests to ADAIR companies to submit proposals for a variety of adversary training roles. Altogether that work is being valued by the community at around $7.5 billion, and the Air Force expects it to be distributed in at least 22 (perhaps more) different work assignments to be parceled out to various ADAIR providers. Not only is that expected demand large enough to consume all the available air and crew time of all the ADAIR competitors’ existing fleets, most of them are, like ATAC, scouting frantically around the world for more planes.

Most specifically they are looking for old third-generation frontline fighters, like the F1, that they can acquire and upgrade to fourth-generation standards. They are also looking for early models of fourth-generation fighters like the F-16 that still have enough life left in their airframes to be put back to use as top-of-the-bad guys in advanced training programs like Red Flag and TOPGUN.

“Our new customer will be the Air Force,” Parker said. “We’ve flown about 5,000 hours for them over our history. But the dramatic growth of the Air Force’s adversary air program is going to cause us to dramatically increase that amount of Air Force flying over the next few years. That’s why we’ve acquired the F1s and why we’re looking for other aircraft upgrade opportunities.”

Parker said the Navy was the first to figure out that contracting out adversary air training work to private operators saves the military lots of money. Just as important, it saves them hours on their frontline airframes. Plus it helps mightily in addressing the service’s nagging pilot-shortage problem. Instead of having to send F-18s — and their Navy pilots — back into the air to play the role of bad guys so other Navy pilots can get in some realistic training, ATAC and its competitors now fly relatively inexpensive third, and even second, generation super- and sub-sonic aircraft in those bad guy roles. They use highly experienced but retired fighter pilots, like Parker, to provide that kind of training to active duty and reservist pilots and their planes.

More recently, Parker said, ATAC has been picking up more work from the Marines. But the big carrot dangling in front of the ADAIR community is that huge Air Force contract. More accurately, it’ll be a series of Air Force contracts with enough flying work to keep all the ADAIR providers busy.

“We’re looking at F-16s, Mirage 2000s and other western — and even eastern — bloc aircraft to assess whether they have the pedigree we need, whether they’re okay from a condition standpoint and whether they’re supportable and sustainable,” Parker said.

Those fourth-generation fighters might cost more than the F1s ATAC bought last year, but unlike shopping for a used car, Parker said, “former military aircraft have a value of whatever someone will pay for it. There’s no ‘Bluebook.’ Everything’s a negotiation. But they’re never that expensive. The expensive part is taking an older aircraft and putting expensive upgrades on them.”

In the case of the third-generation F1s, ATAC will be upgrading the onboard radars and avionics, though exact details are being kept under wraps so that competitors won’t be able to set ATAC’s F1 technical upgrades as a target to beat during the contract-bidding process.

“We’re investing hundreds of millions of dollars, not tens of millions, in our F1s to upgrade them into modern capabilities,” Parker said. “We’re taking a third-generation fighter and upgrading it electronically to a generation four or a generation 4.5 aircraft. And because the F1 is a very fast plane, it will provide today’s frontline military pilots and ship crews with very challenging and realistic training scenarios.”

The F1s — and potentially other planes yet to be acquired — will be modified to accommodate various electronic packages, or pods, that can make it appear to frontline military pilots like they’re going up actual modern opponents flown by potentially hostile near-peer air forces.

ATAC will continue to fly its existing fleet of two dozen or so older jets — Kfirs, 1950s-era Hawker Hunters and 1970s-era L-39 Albatross jet trainers built by Aero Vodochody for the former Czechoslovakian Air Force. Those aircraft will continue to be based at ATAC’s headquarters in Virginia, where they remain effective at simulating air defense assaults against aircraft carriers and other ships at sea, and at helping hone carrier-based pilots’ skills just prior to their deployments to the Mediterranean and Red seas. But those older types occasionally will cycle through ATAC’s Alliance base, which in a couple of years likely will be the company’s largest base of employment.

In addition to the new facility at Alliance Airport in Fort Worth, ATAC has gained access to the same flight-test ranges in west Texas long used by military jets and Lockheed Martin (and General Dynamics before that) for putting their F-16s, and, these days, their F-35s through their paces after rolling off Lockheed’s assembly line in west Fort Worth. 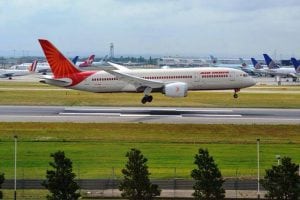