Controlling the World’s Air Traffic with a Frequentis Tower Engineer

Hannes Schrittwieser has traveled all over the world installing and customizing air traffic solutions for Frequentis. That travel is one of his favorite things about the company, which famously has flexible work hours for its employees rather than a rigid workday.

Schrittwieser, an Austrian national who was always interested in IT and engineering, joined the Frequentis Trainee Program after attending his home city of Sankt Pölten’s Höhere Technische Lehranstalt technical secondary school a decade ago. The company sponsors such technical schools and the trainee program serves as an entry point for young engineers.

Schrittwieser spoke with Avionics about his growth through Frequentis, from trainee to project manager, and what it's like installing air traffic control solutions anywhere for clients ranging from small island countries to the German DFS in pursuit of SESAR goals. 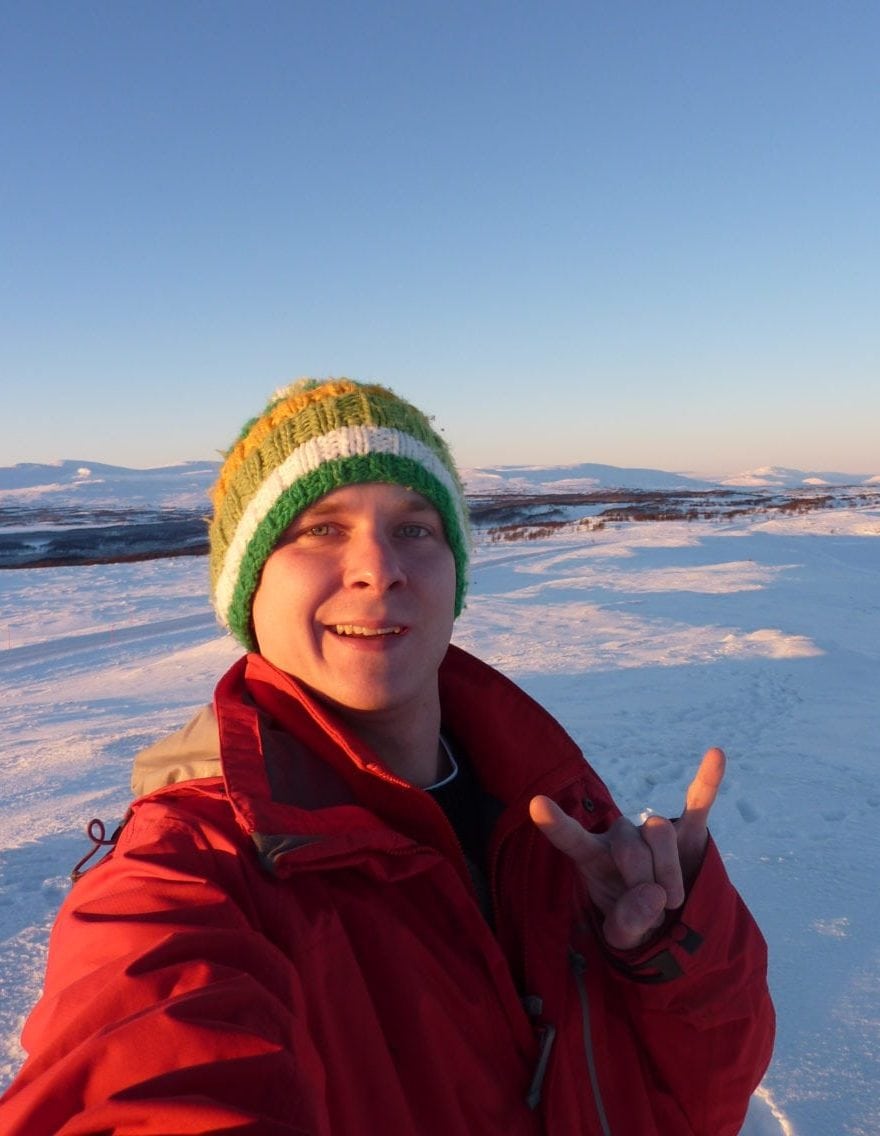 I joined Frequentis in 2010 and in about 2012-2013, we changed our project delivery process. When I joined, most of the projects were telecommunications project where you build up systems, product systems and so on. But in the branch I joined, the tower automation branch, it’s pretty different, so it's not like you just deliver solutions. They are really customized; most of the time you have development, even in the small projects. It's a lot of customization also from a configuration point.

So we found out that our current process is not working. We changed our development process. Tower automation was the first department which fully switched from a waterfall system to an iterative, agile one. We also started to use a scrum process.

We were separated from the VCS (voice communication systems) department and then we introduced new roles like solution consultation and we're more switching because we don't deliver hardware products anymore, we deliver customized solutions.

And what are you doing on a given day now in your role as a consultant or project manager?

As a project manager, I do the calculations and negotiations with the customer about the contract, offering change requests if necessary, planning, organizing resources. And you work with a consultant who was involved in the specification and the requirements engineering.

How much of your time do you spend on engineering versus with customers?

How much does the region or country you're working in affect what you do?

Yes, that makes a really big difference. I have a good example at the moment: the big One Sky project in Australia. It's a combined civil and military project and requires detailed processes. It's a huge project for us, but we are just a part of a much bigger program.

To compare it, I have another project now in Fiji. You have a customer where they are really open; they are much more fluid about specifications, they just want to have a running system. You have to do a lot of work, a lot of talking to the customer, be pretty flexible, estimate that there will be many changes on site. There are nearly no insurance processes, so it's very different.

What projects that you have worked on stick out to you as particularly memorable, interesting or fun?

One reason (that some do) is because of the countries; the Cayman Islands was a really nice project. It was easy to handle. Also, Norway, which was a big program where we rolled out 20 airports where we delivered the whole portfolio of one of our products and a lot of integration work on site, and did a lot of traveling. I have seen nearly all of Norway because every airport was in another place. Some of them had been in construction, so nearly every airport was different; it was quite some fun there. 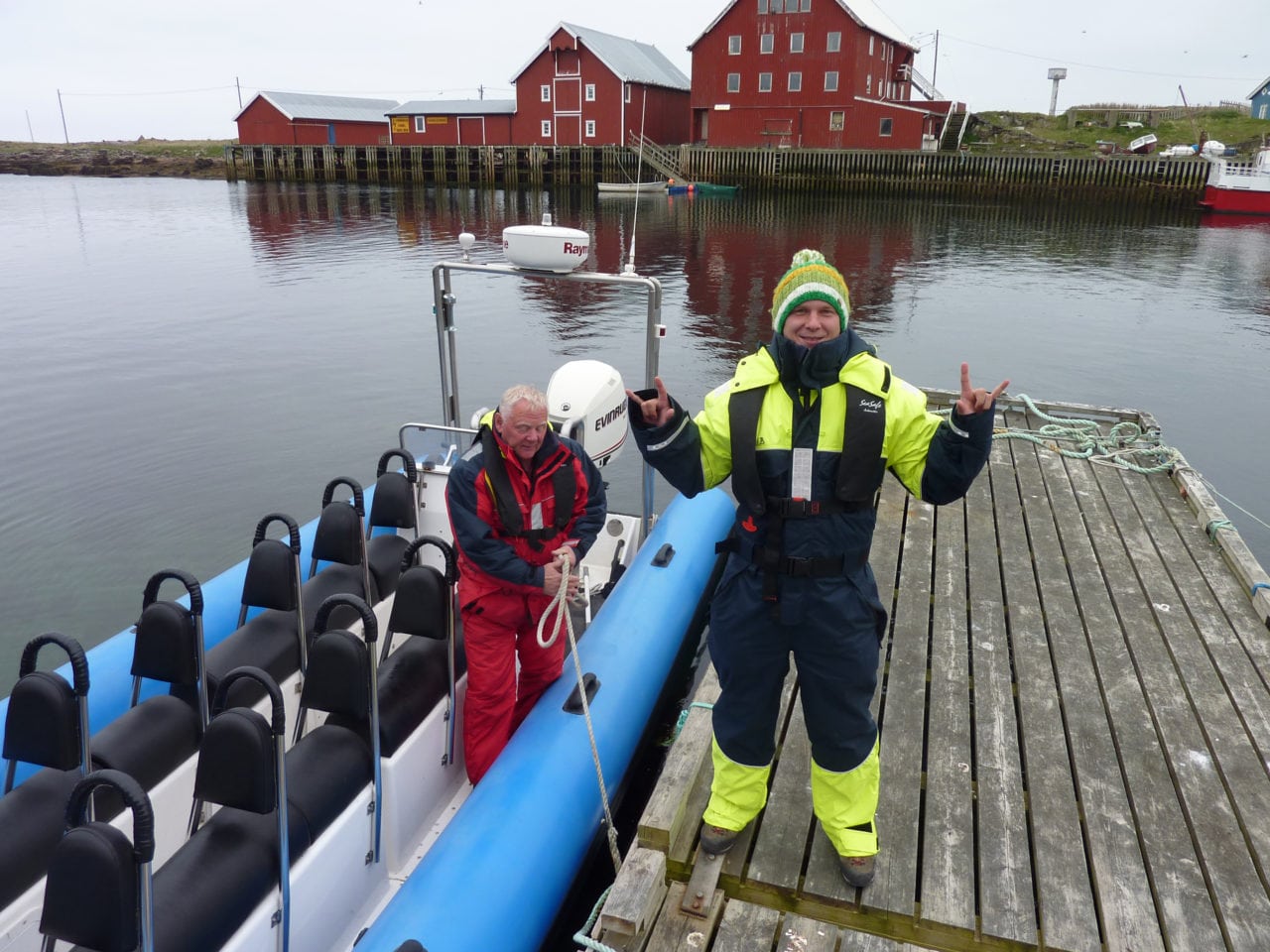 What are you working on now?

The One Sky project. Everybody has told me it's the biggest project for Frequentis ever. It has volume, and I think the project delivery will at least be for the next five, six, seven years. And then there are 20 years of maintenance. The other project is for sure the DFS remote tower project where we are in the middle of our delivery phase. We have in Poland eight airports where we have very specialized, very customized smart tools in use. And last year we won the contract again for eight or 10 airports for smart strips.

You know flight strips from a flight controller point, where you have paper strips to control it? (Smart strips are) another product of our department. There you have this electronically visible, and you can move and control them so you have silent coordination functionality. It's more complex than tools because you really change the workflow of the operator to improve their work so that they can handle more flights, they are more efficient so that you can have better statistics and so on.

You’ve worked on projects for both civil and defense. How do they differ?

Sometimes, it's restricted and it's a little bit special if you work for the military. There's quite a difference because civil aviation is controlled by ICAO worldwide. So as long as you have an international airport, every customer cannot design a system how they want, they need to stick to the rules of ICAO. When it comes to local ones, then it's also no problem because the systems are much smaller and easier. They also usually stick to ICAO rules.

When you work on defense, there is no international regulation, so they are always different. They also have their own processes when the controllers are working. It can be really different from the software workflow, how you have to design the system, how the HMI (human machine interface) looks or how you interact with the system.

What change have you observed in the industry over the last decade?

When I joined Frequentis, it was really funny that everything was more based on hardware. So, it was “the more hardware you deliver, the more value it had.” … After the last years, it's fully changed so everybody, all our competitors and customers, is now thinking more COTS (commercial off-the-shelf) products, so use COTS IT hardware and let's run software there. We can program whatever we want and there is more flexibility; you can program different features so you really can improve the situation for the controller. Before, we had many standalone systems in the hardware. Maybe you had some interfaces that fit, but when you have a software-based system, then you can be more flexible and integrate together.

And then, in the last years, more and more integrated working positions (for flight controllers), like common design at the airport of the tower cabinet or the control room. There has been a push to reduce the space or increase the situational awareness, to remove senseless things from the screens and so on to really optimize the working space of the operator.

When we talk about remote towers, always have to be a little bit careful because first, we really starting to focusing on remote towers, but we found out that the solution that we call smart vision is not only really for remote towers; you can also have it on the airport as an extension. In big airports — for example, Singapore — they could never could see anything, but they didn't want to build a tower up there. With a remote tower system, you can also have this with you in the tower. And we also got requests from airport security, they really wanted to control the FANS and have the optic detection available just to get alerts when something is moving in the fence.

What changes do you expect over the next several years?

I think the next goal is multi remote towers so that you have for example one working position where you can handle several airports from one working position. This does not only have a technical aspect it will also have an aspect about the processes of the control of how the flights are. For example in small airports where a plane is landing on the airport A then airport B, airport C and going back, that you don't need on every airport a special control available so that they can follow the plane for example.

What hobbies do you have outside of work?

I play a lot of volleyball and beach volleyball for I would say 15 years since four years ago, I've played second-league indoor volleyball. In the last years, I've trained about an additional three times a week and had a match on the weekend. It was a bit tricky to combine this together with my business trips.

On my holidays. I work as a snowboard instructor. Also on holidays, I go surfing—wave-riding.

Do you do anything related to engineering or your work at home?

I really love to travel. For the company, when I travel, I like countries where I can do my sports there. And from a technology point, yeah, I (was involved in it in my private life) while growing up. But, it's more or less, when I'm at home, I'm not there doing any technical things anymore because, for me, my sports are to get my brain clean. 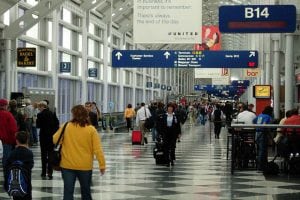 Goodrich Selected for A350 Video System