European Airlines Not on Track to Meet 2020 ADS-B Mandate 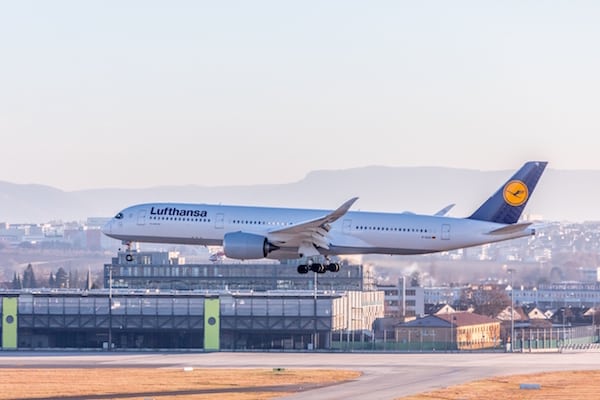 A Lufthansa Airbus A350. Photo, courtesy of Lufthansa.

A Single European ATM Research Agency Deployment Manager (SESAR DM) report on avionics equipage rates in Europe found that only 20% of the region’s in-service commercial aircraft fleet is technologically equipped to meet EASA’s June 7, 2020 ADS-B mandate. During a workshop held on July 4th in Brussels, the European Commission confirmed it will keep the mandate in 2020 while working with stakeholders to navigate challenges to upgrading with ADS-B.

The European Commission has been hosting government industry style workshops on the issue since 2014, however with the deadline less than two years away, the reality has set in that the portion of the European fleet that needs to upgrade with ADS-B will not be ready in 2020.

What is causing the delay of equipage? The answer is complicated, but SESAR DM’s report confirmed several observations that stakeholders have been trying to resolve for several years. One of the primary causes of the delay is a lack of harmonization between the different European states in terms of ADS-B ground station deployment as well as a lack of equipage plans for older aircraft by operators. The European Commission has indicated it will consider allowing exemptions on ADS-B equipage while requiring operators to provide compliance plans and expected dates when they can get into compliance.

Commercial airlines sent representation to the workshop, and indicated that they’re in support of the safety benefits of ADS-B, however there is no cost-benefit analysis that many of them can provide to executive management to justify the expense of removing aircraft from operation and upgrading them at a range of what EASA has identified of between $60,000 to $530,000  per aircraft.

“The retrofit of the complete European fleet is just impossible at this point in time to be completed in 2020,” said Jürgen Lauterbach, manager of corporate aircraft purchasing at Lufthansa, during the open discussion portion of the workshop.

“We will not be ready, it’s not possible, we’d like to support the project, no doubt about that, but we need to start with reliable plans from now,” Lauterbach added, referencing the need for implementation plan from European aviation officials that would provide a path to equipage.

A SESAR DM survey of operators of 3,108 aircraft from 35 different European airlines found that only 20% of the aircraft identified in the survey are equipped with DO-260B ADS-B transponders. The survey found that a portion of the fleet is equipped with older DO-260 and DO-260A transponders and the majority of DO-260B equipped aircraft are the result of newer aircraft delivered to the airline within the last 2-3 years. The European Commission’s Implementing Regulation (EU) No 1207/2011 and its amendments (EU) No 1028/2014 and (EU) No 2017/386 require equipage with DO-260B compliant transponders.

SESAR DM’s survey also found that the majority of commercial airlines in Europe only have firm plans to purchase ADS-B upgrades for the long haul portion of their fleet that flies to other regions where ADS-B equipage is already required such as Australia and Brazil, or regions where upcoming deadlines exist such as the United States.

Airbus also provided DO-260B ADS-B transponder tracking data for it’s in-service fleet in Europe’s. The OEM’s statistics matched SESAR DM’s survey at 20% of short-haul aircraft such as the newer A320s. In contrast, about 31% of Airbus A330s, which have international range, are equipped with DO-260B and those that do not have firm transponder upgrade programs in place.

There are also regional aircraft, such as the ATR-500 turboprop, that do not yet have a DO-260B retrofit option. ATR plans on introducing an upgrade for its 500 model by the end of 2018, according to SESAR DM’s report.

Additionally, the fragmented implementation of ADS-B ground stations further complicates the problem. Whereas in the United States, the ADS-B ground station network has been deployed since 2014 and is seen by the nation’s civil aviation regulator as its primary means of surveillance for the future; European airspace is divided into a state-by-state surveillance source configuration with ADS-B currently implemented as a complementary rather than a primary layer of surveillance.

According to state by state ADS-B ground station status data collected by SESAR DM, several countries, including Croatia, France, Latvia and Lithuania do not have ADS-B stations deployed at their main national and regional airports. Others, including Ireland and Switzerland, currently have no ADS-B ground infrastructure deployed at all.

By the end of 2018, SESAR DM has been tasked with working with EASA, ANSPs and airspace users across all segments including military, business and general aviation, to establish an implementation plan. The plan will include options such as possible exemptions for operators that are able to show their aircraft will be equipped within a certain timeframe.

“In this plan, the ground-air coordination and synchronization would be overarching in order to restore the required mutual trust between ground and air stakeholders as well as the legitimacy of ADS-B as an alternate form of surveillance, leading to its progressive adoption in suitable environments and thus paving the way for future ground infrastructure rationalization,” the report said. 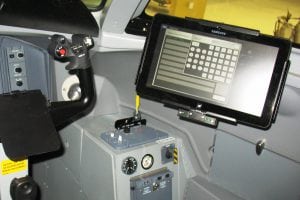 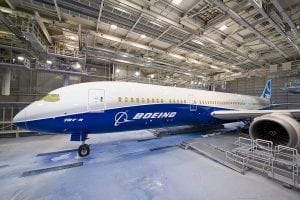 Turkish Airlines Orders up to 30 787-9 Dreamliners from Boeing