Northrop Grumman opened its fiscal year 2018 with solid results, driven by improved operating performance, lower taxes and a pension benefit and an upgraded earnings outlook for the year.

Northrop Grumman officials also said on their earnings call Wednesday that the company won’t bid for the second phase of production for the U.S. Air Force GPS III satellite program or on a recompete of a next-generation sensor for the F-35 Lightning II fighter aircraft for which it is the incumbent.

Last week, Boeing said it also wouldn’t bid for the GPS III contract to build another 22 satellites, which leaves Lockheed Martin likely as the sole bidder. For the F-35, Northrop Grumman is a key supplier to prime contractor Lockheed Martin, including for the AN/AAQ-37 Distributed Aperture Sensor, which provides 360-degree situational awareness to the pilot for aircraft and missile threats, targeting, and day and night navigation.

Wes Bush, Northrop Grumman’s chairman and CEO, and Kathy Warden, president and COO, both said on the company’s earnings call that the GPS and DAS programs are relatively unattractive versus other potential business opportunities. The company has been very clear that it won’t pursue programs, no matter how big, that don’t offer returns on investments in accordance with its criteria. 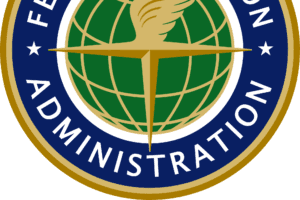