The Boeing 737 MAX 9 is certified for commercial service thanks to an amended type certificate granted by the FAA, Boeing has announced.

The 737 MAX 9 raises capacity compared to the MAX 8 up to 220 passengers and has a maximum range of 3,550 nm, which is both greater and more efficient than the 737-900 it is intended to replace. Boeing called the 737 MAX line the fastest-selling plane in company history since its 2011 program launch, accumulating more than 4,300 orders in total.

It has been just under a year since Boeing received certification for its first 737 MAX, the MAX 8, and some airlines are well underway in phasing out their classic 737s for the new MAX versions. Indonesia’s Lion Air Group will take delivery of the first 737 MAX 9s, which Boeing said it is preparing for now. 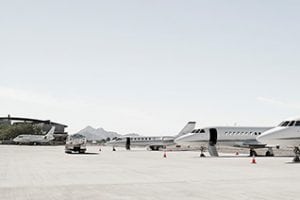