GE Aviation will provide flight risk management support for AirAsia’s fleet of about 4,000 pilots and 355 A320 and A330 aircraft for at least the next four years thanks to a new agreement between the two companies.

As part of its support, GE will provide its FlightPulse mobile application, which provides pilots with data to help them fly more efficiently. GE bills FlightPulse as cutting out the middle-man and putting data previously only available at a macro level or to analysts directly and easily into pilots’ hands to be used while they’re flying.

Beyond FlightPulse, GE will use data and analytics technology to help AirAsia with fleet management across the board.

AirAsia has a strong foothold as a low-cost carrier serving the Asia-Pacific region since its founding in 2001. The airline will implement GE’s digital solutions this year, according to the company. 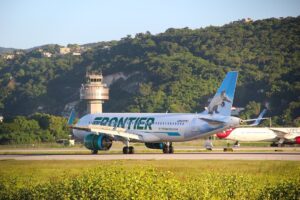