The U.S. Navy’s Joint Standoff Weapon (JSOW) C-1 is ready for full operational capability, the service recently declared. All U.S. squadrons are outfitted with the air-to-ground network-enable weapon that can attack stationary land and moving maritime targets. According to the Navy, this solution is a “first” of its kind.

“Formal declaration of full operational capability for JSOW C-1 is the final step in a phased approach to introducing this weapon and its capabilities to the fleet,” said Cmdr. Sam Messer, JSOW deputy program manager. “It is the culmination of a complete team effort to deliver not only the hardware, but the training, tactics development and support infrastructure to ensure we field a meaningful warfighting capability.”

According to the Navy, JSOW C-1 reached initial operational capability in 2016. Then the program began a series of four fleet-wide exercises to demonstrate capabilities in increasingly complex scenarios. A two-day training mission followed, culminating in the loading of Boeing Super Hornet mission cards with the appropriate keys and JSOW files for Carrier Air Wing Nine to fly a JSOW C-1 mission. Next came the first operational shots of live SJOW C-1s, in which JSOW conducted the “first-ever operational employment of an air-launched network-enabled weapon and receipt of targeting data from the littoral surveillance radar system,” according to the Navy. 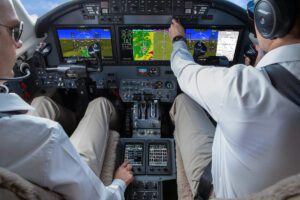